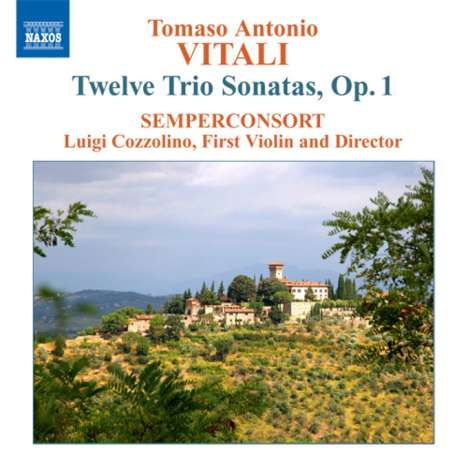 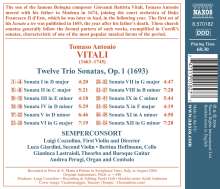 umgehend lieferbar, Bestand beim Lieferanten vorhanden
EUR 12,99*
Versandkosten
The son of the famous Bologna composer Giovanni Battista Vitali, Tomaso Antonio moved with his father to Modena in 1674, joining the court orchestra of Duke Francesco II d'Este, which he was later to lead, in the following year. The first set of his Sonate a tre was published in 1693, the year after his father's death. These church sonatas generally follow the formal pattern of such works, exemplified in Corelli's sonatas, characteristic of one of the most popular musical forms of the period.