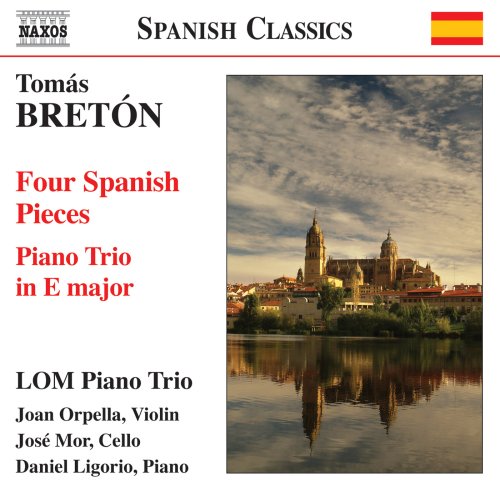 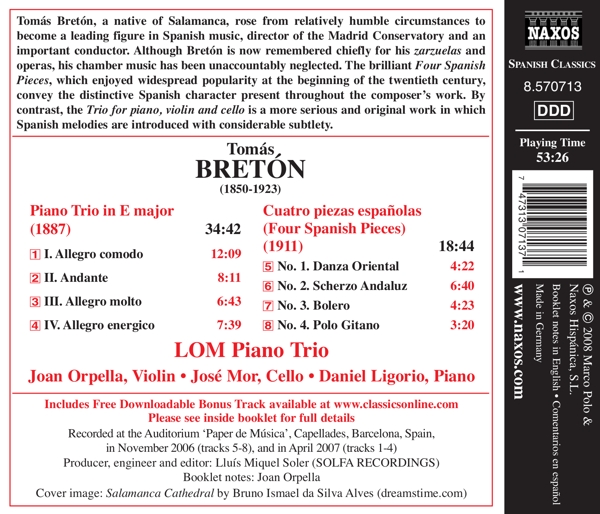 Bewertung:
lieferbar innerhalb einer Woche
(soweit verfügbar beim Lieferanten)
EUR 7,99*
Versandkosten
Tomás Bretón, a native of Salamanca, rose from relatively humble circumstances to become a leading figure in Spanish music, director of the Madrid Conservatory and an important conductor. Although Bretón is now remembered chiefly for his zarzuelas and operas, his chamber music has been unaccountably neglected. The brilliant Four Spanish Pieces, which enjoyed widespread popularity at the beginning of the twentieth century, convey the distinctive Spanish character present throughout the composer's work. By contrast, the Trio for piano, violin and cello is a more serious and original work in which Spanish melodies are introduced with considerable subtlety.