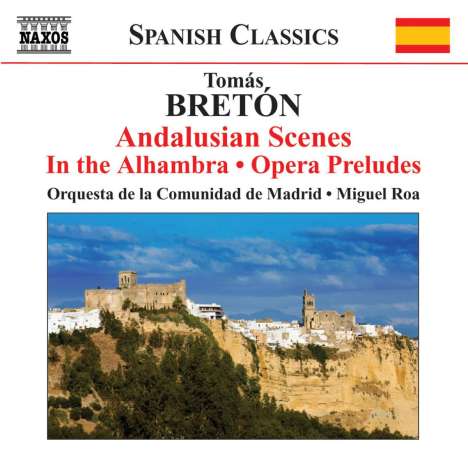 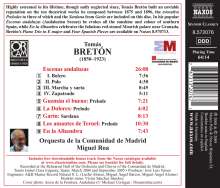 Highly esteemed in his lifetime, though sadly neglected since, Tomás Bretón built an enviable reputation on the ten theatrical works he composed between 1875 and 1896, the evocative Preludes to three of which and the Sardana from Garin are included on this disc. In his popular Escenas andaluzas (Andalusian Scenes) he evokes all the sunshine and colour of southern Spain, while En la Alhambra celebrates the fabulous red-stoned Moorish palace near Granada. Bretón's Piano Trio in E major and Four Spanish Pieces are available on Naxos 8.570713.