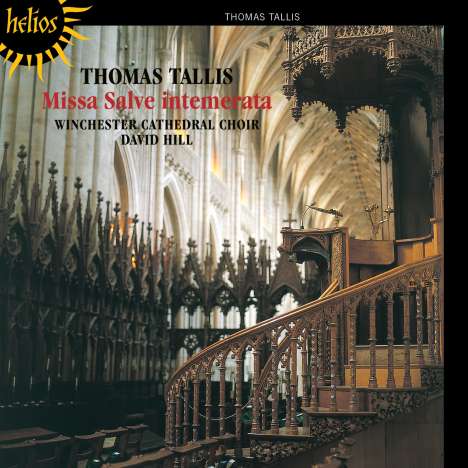 Winchester Cathedral Choir released their first CD of Tallis's choral music back in 1990 (CDA66400). The recording has remained one of our all-time best sellers and featured in our 20th Anniversary edition. The choir now return with more beautiful, inspirational music by the most influential English composer of his generation, as well as one of the most popular Renaissance composers of today. It is not until the past 20 years or so that much of the early Tallis repertoire has become more widely available. The Salve intemerata Mass is thought to be among the earliest of Tallis's surviving music and was probably written no later than 1530. The settings of the ordinary of the mass are interspersed with votive antiphons by Tallis, three of which are to Marian texts. The sole source of the Salve intemerata mass, and one of the sources of the antiphon, is a set of four out of five original part-books thought to have been compiled for Canterbury Cathedral at its refoundation in 1540.

‘It is all glorious music and the ambience of the Cathedral is well caught in this recording. A delightful CD, strongly recommended’ (The Organ)