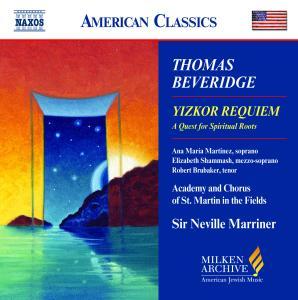 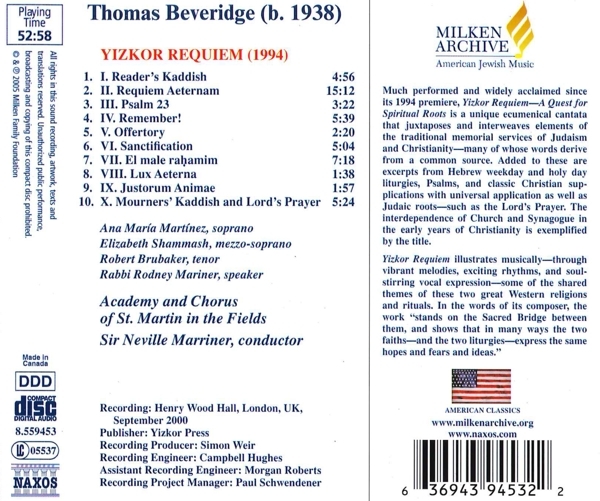 Bewertung:
umgehend lieferbar, Bestand beim Lieferanten vorhanden
EUR 9,99*
*** Milken Archive of American Jewish Music
Much performed and widely acclaimed since its 1994 premiere, Yizkor Requiem "A Quest for Spiritual Roots is a unique ecumenical cantata that juxtaposes and interweaves elements of the traditional memorial services of Judaism and Christianity" many of whose words derive from a common source. Added to these are excerpts from Hebrew weekday and holy day liturgies, Psalms, and classic Christian supplications with universal application as well as Judaic roots such as the Lord's Prayer. The interdependence of Church and Synagogue in the early years of Christianity is exemplified by the title. Yizkor Requiem illustrates musically "through vibrant melodies, exciting rhythms, and soulstirring vocal expression" some of the shared themes of these two great Western religions and rituals. In the words of its composer, the work "stands on the Sacred Bridge between them, and shows that in many ways the two faiths" and the two liturgies "express the same hopes and fears and ideas."