The Trio Sonata in 18th-Century England 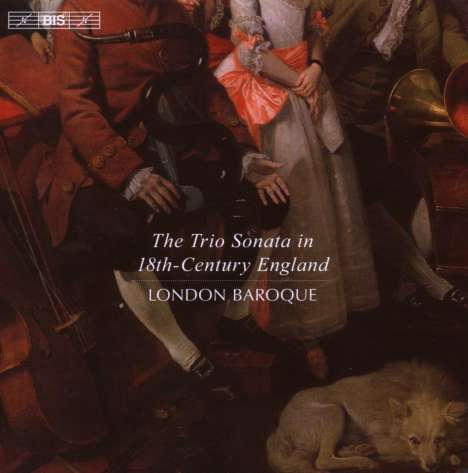 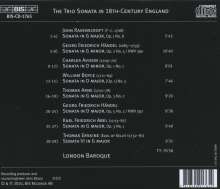 On three previous discs, London Baroque has charted the emergence of the trio sonata in France, England and Germany during the 17th century. Now returning to England, the ensemble has devised a programme consisting of works composed during the following century, and demonstrating the huge influence of Corelli, as well as tendencies - in the later works - towards the newer galant and pre-classical styles. The list of composers includes Handel, whose position in the musical life of his adopted country gives him pride of place with no less than two sonatas. Another London-based German, Karl Friedrich Abel, is also represented on the disc. Among the home-grown talent we find Thomas Arne, today primarily famous for having written Rule Britannia, as well as William Boyce, John Ravenscroft and others. London Baroque's grand tour of Europe in the footsteps of the trio sonata has been warmly received by the reviewers. Their previous English sojourn was described in Strad Magazine as 'carefully considered performances [which] radiate real empathy with the idiom', while the visit to the France of Lully, Marais and the Couperins, according to the German website Klassik Heute offered 'everything that one might possibly wish for . charm, elegance, eloquence, force, flexibility, fire, intimacy, and the most important: soul.' The German instalment, released in March 2008, also received a warm welcome, for instance in American Record Guide: 'a wonderful anthology ... This is absolutely gorgeous music, played with confidence and distinction.'