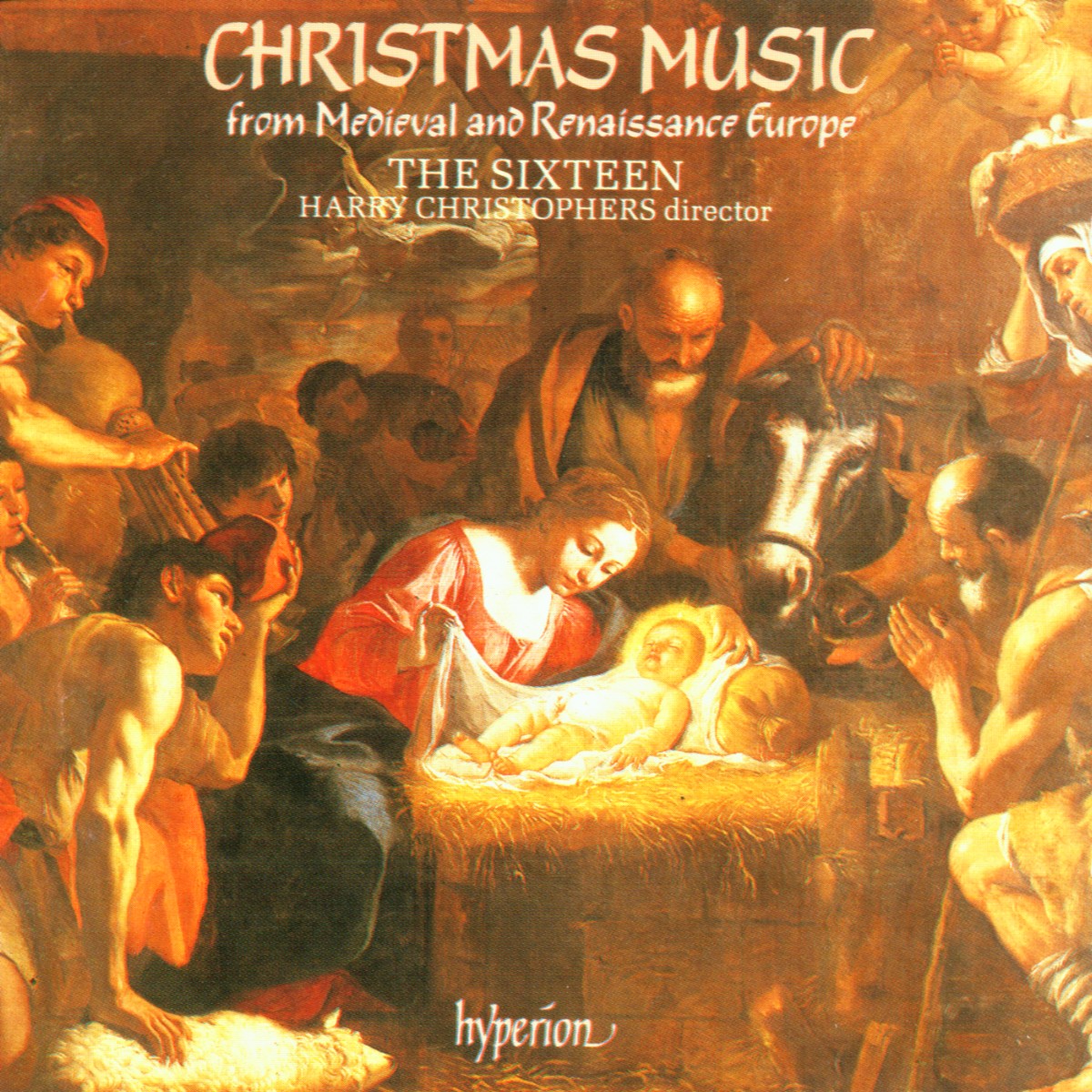 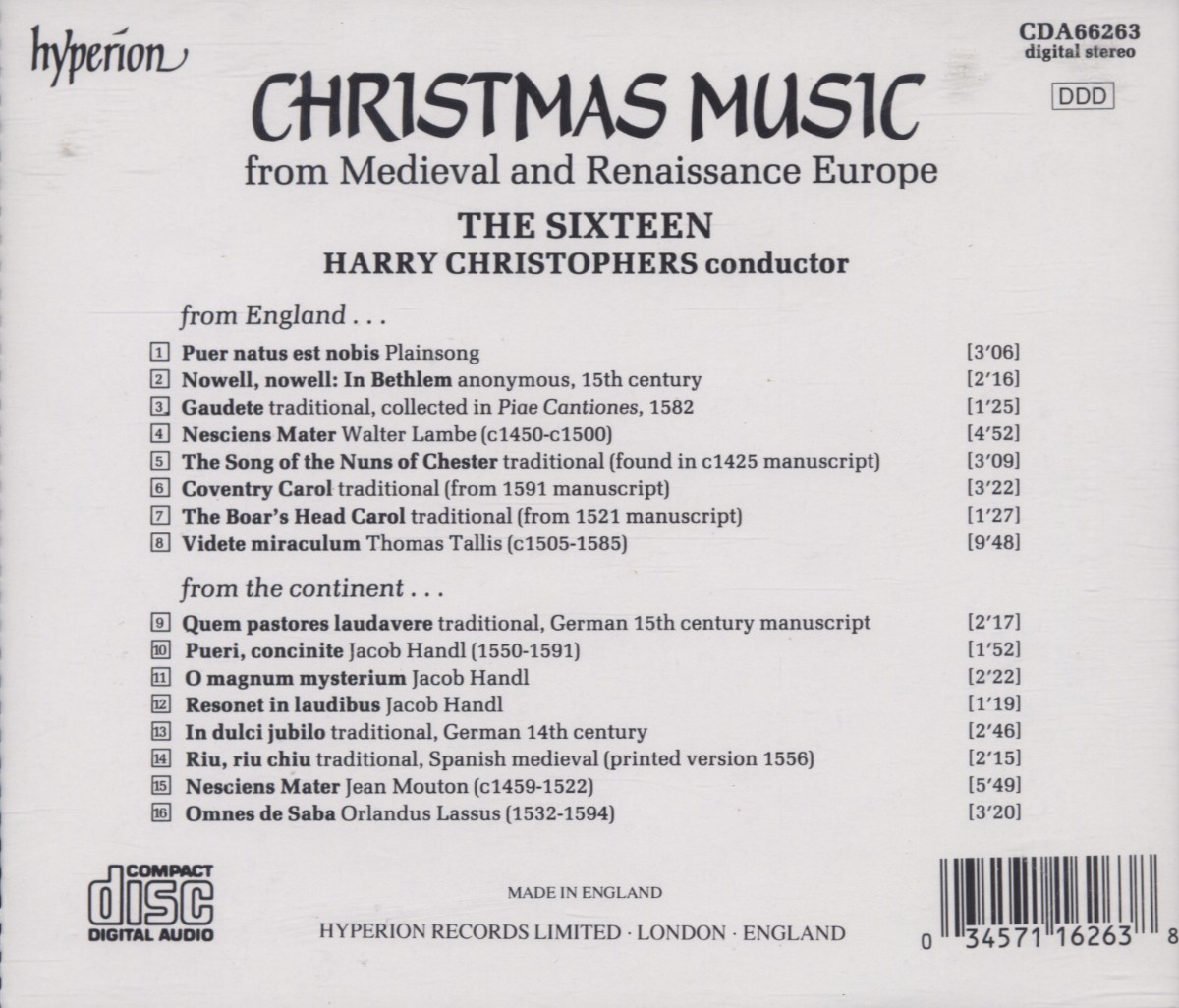 The celebration of Christmas, as is well known to and very happily accepted by most Christians, is a development from pre-Christian and pagan festivities taking place around the winter solstice. In just the same way the music of Christmas owes many of its origins to the early secular accompaniments to such festivities. The word ‘carol’, so essentially part of Christmas, sums up the flavour of these medieval origins in its various definitions: first, from the French carole, a round-dance with music, later a joyous religious song; also a ring of standing stones, and also an enclosure or study in a cloister. Ezra Pound wrote that as poetry is dead if it departs too far from song, so music is dead if it departs too much from the dance; the essence of the carol, which pervades the choice of music on this record, is of music associated with movement, dance or procession, and music and words which are both popular and ecclesiastical. In medieval times the distinction between sacred and secular was deliberately blurred: there was a continuing need to counter still-pervasive pagan rituals (which might include a round-dance in the churchyard) by keeping the people entertained in their own way and, as has been well expressed, taking ‘some of the devil’s good tunes and giving them back to God’. Thus many carol tunes we know will first have been sung to ‘profane’ words; thus too the clergy of Sens Cathedral in France, for example, were explicitly allowed in the fourteenth century to dance, provided they didn’t lift their feet too far off the ground.

'A most unusual and attractive record' (The Guardian)