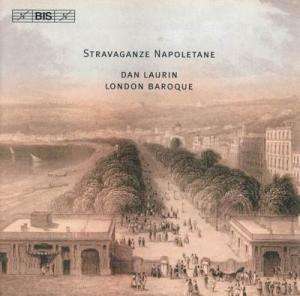 The focus of this release – the first meeting on disc of one of the leading recorder virtuosos of the day and one of the most highly respected baroque ensembles – is on a mysterious manuscript, dated 1725, in the library of the Conservatorio di Musica San Pietro a Maiella in Naples. Mysterious in so far that we do not know why these works were gathered together – at what would have been a substantial cost for the copying of them – especially in an environment like Naples at the time, where all the rage was for vocal music: opera, cantatas and oratorios.

The manuscript comprises 24 sonatas for recorder and strings – works which up to now have often been referred to and published as »concertos«. Many of the composers represented had direct links with the institutions that would later become San Pietro, either as pupils (Sarri, Mancini, Barbella) or as maestri di cappella (Scarlatti). As an »in-house« production, the manuscript testifies to the extraordinary talents that lived and worked in Naples at that time. Dan Laurin and London Baroque have chosen four of these »sonatas« or »chamber concertos« for inclusion on the present disc – works which are in many ways as different from each other as were the individual composers. As Laurin puts it in his liner notes: »Scarlatti is noble, Mancini dramatic, Barbella creates difficulties for himself and Sarri does not even attempt to follow all the rules and strictures!«

Common to the sonatas is the fact that the recorder part is technically not very complicated and frequently takes the rôle of a member of the ensemble rather than that of soloist. These works are complemented by four other examples of the chamber music of the period – with and without recorder – in which these musicians exploit every finesse and nuance – an extravagant, not to say unmissable, opportunity!