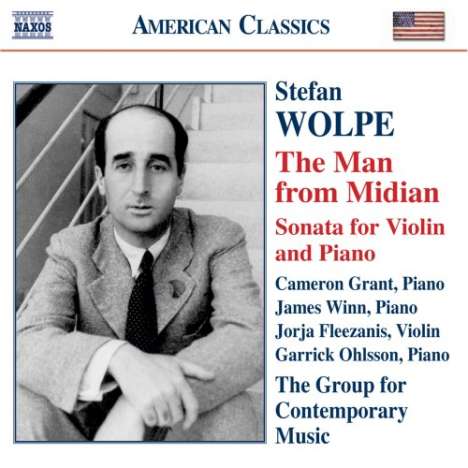 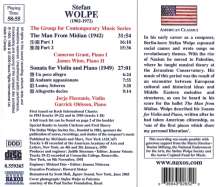 lieferbar innerhalb 1-2 Wochen
(soweit verfügbar beim Lieferanten)
EUR 7,99*
Versandkosten
In his early career as a composer, Berlin-born Stefan Wolpe espoused social causes and wrote songs on revolutionary themes. With the rise of Nazism he moved to Palestine, where he taught musical theory at the Jerusalem Conservatory. His music of this period was the result ofan encounter between European cultural and historical ideas and Middle Eastern melodies and structures, as can be heard in his score for the ballet The Man from Midian. Wolpe described his Sonata for Violin and Piano, written after he had taken American citizenship, as "one of the first pieces which show my personal liberation".