Stale Kleiberg: Requiem op.148 for the Victim of Nazi Persecution 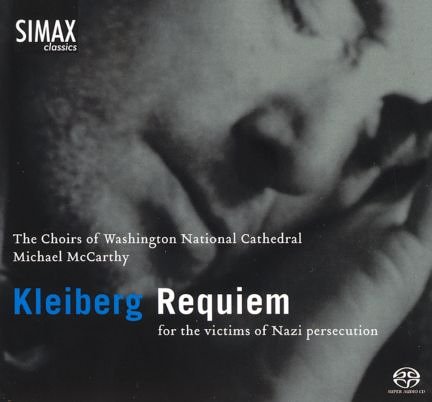 In memory of victims all over the world On 9 / 11 2004 the Requiem for the Victims of Nazi Persecution was performed in the Washington National Cathedral for the first time in the US, and broadcast across the nation. The Norwegian composer Ståle Kleiberg is the man behind the music performed in memory of the terror tragedy in 2001. The work was commissioned by the Nidaros Cathedral in 2001. Written for 3 vocal soloists, choir and orchestra the work stands well in the tradition for a Missa di Requiem – a mass for the dead. Norwegian composer Ståle Kleiberg has written it in memory of all those who were victims because of their ethnic origin or sexual orientation during the Nazi-regime of the last century. After hearing the world premiere conductor Michael McCarthy was so moved by this music that he wanted to perform the piece with his own choir of the Washington National Cathedral. One thing led to another, and Saturday September 11th 2004 the Requiem is being released and performed in the Washington National Cathedral – in memory of victims of terror all over the world.