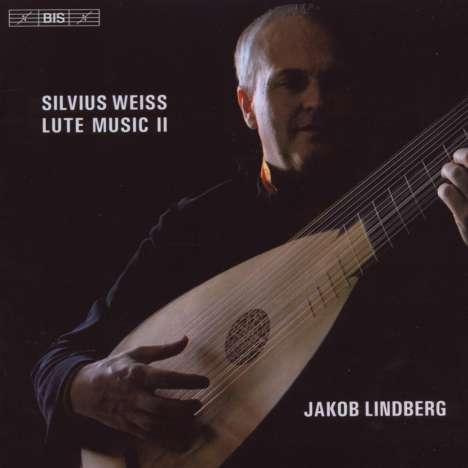 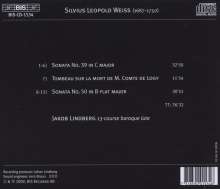 versandfertig innerhalb von 1-3 Tagen
(soweit verfügbar beim Lieferanten)
EUR 19,99*
Versandkosten
At the age of six, Silvius Leopold Weiss (1687-1750) was already proficient enough on the lute to play before the Emperor Leopold I. During a later stay in Italy, his solo playing ‘astonished all the Italians’ according to a contemporary writer. On his return to Germany Weiss became officially engaged at the court of the Elector of Saxony in Dresden, and by 1740 he was well-known throughout Europe as the finest lutenist of his own or any other generation. As well as playing and teaching, Weiss was an extremely prolific composer for his instrument: more than 100 sonatas (or suites) for solo lute, together with around 90 separate movements, survive. On a previous disc, Jakob Lindberg has visited this impressive œuvre in the company of his own unique 16th-century lute, built by Sixtus Rauwolf. That disc was received with great acclaim, for instance in International Record Review: ‘Too good to be true – Lindberg and his lute are symbiotic partners in some of the most intensely personal music-making I've ever been stopped in my tracks by.’ Other reviewers agreed, and the disc was selected ‘Instrumental Choice of the Month’ in BBC Music Magazine. For the present programme, which includes works from a later part of Weiss career, Lindberg has chosen a baroque lute with 13 courses (or pairs of strings) as more suitable. On it he gives us a Sonata in C major in Weiss’s grandest style and an extrovert Sonata in B flat major. Separating the two is Weiss’s most famous work, both in his own lifetime and today. Tombeau sur la mort de M. Comte de Logy is a highly expressive piece which pays homage to the finest of the many excellent aristocratic lutenists from Bohemia, Count Jan Antonin Losy von Losinthal.