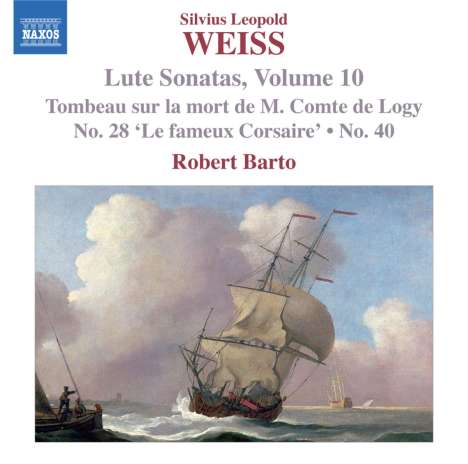 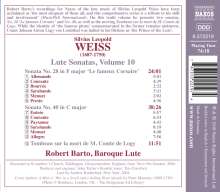 Robert Barto's recordings for Naxos of the lute music of Silvius Leopold Weiss have been acclaimed as »the most eloquent of them all, and this comprehensive series is a tribute to his skill and involvement« (MusicWeb International). On this tenth volume he presents two sonatas, No. 28 »Le fameux Corsaire' and No. 40, as well as the moving Tombeau sur la mort de M. Comte de Logy. While the identity of ›the famous pirate« commemorated in the former remains unknown, Count Johann Anton Logy von Losinthal was hailed in his lifetime as »the Prince of the Lute«.