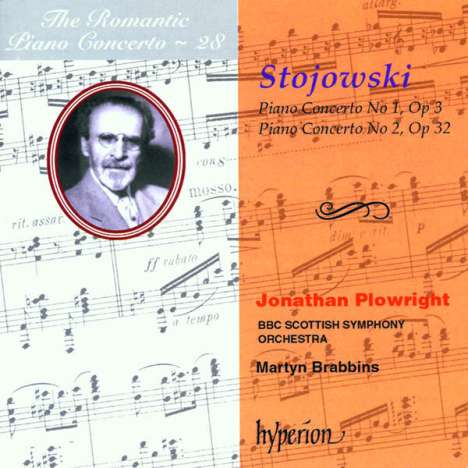 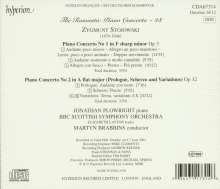 Stojowski was born and brought up in Poland though he later lived in Paris and finally became an American citizen. He was both virtuoso pianist and serious composer (he wrote a symphony and violin concerto as well as music for his own instrument) and his initial career was full of promise. Unfortunately for his later reputation his style was that of a previous generation and in the 20th century his music was viewed as increasingly dated. One hundred years later this hardly matters and on this CD we find works steeped in the language of Tchaikovsky and Grieg, perhaps with a hint of Saint-Saëns and the almost sentimental lyricism of Paderewski (ten years Stojowski's senior, Paderewski was both teacher and friend to the younger composer, the second concerto was dedicated to, and played by him).

We are delighted to welcome Jonathan Plowright to Hyperion. He valiantly tackles the huge virtuoso demands Stojowski makes of the soloist, particularly in the first concerto. The BBC Scottish Symphony Orchestra are playing better than ever and they are kept fully occupied in the rich and colourful scoring of both works.

'This is a simply tremendous release … A truly great recording, an award-winner if ever I heard one' (International Record Review)

'A composer with a strong personal identity that never falls back on the commonplace or routine. Jonathan Plowright is on breathtaking form' (International Piano)