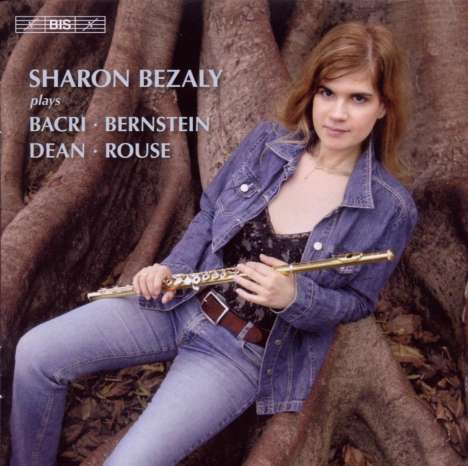 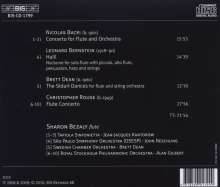 versandfertig innerhalb von 1-3 Tagen
(soweit verfügbar beim Lieferanten)
EUR 19,99*
Versandkosten
Yet again giving proof of her great versatility, Sharon Bezaly's latest release consists of four concertante works, composed between 1980 and 2007. Each work has been recorded with a different orchestra and conductor, the common denominator being the soloist and the golden sound of her 24 carat flute. All four works have been included on recent BIS releases - three monograph discs (with works by Christopher Rouse, Brett Dean and Nicolas Bacri respectively), and one anthology entitled 'Remembrance' from the São Paulo Symphony Orchestra. The German website Klassik-Heute recently gave the Bacri disc its top recommendation, commenting that the composer 'from his small orchestra entices a remarkable variety of interesting timbres, with a sophistication reminiscent of Ravel...' Regarding the recording of Brett Dean's The Siduri Dances, another German website, klassik. com, wrote that it 'delights the listener with its variety and virtuosity. Sharon Bezaly delivers a splendid performance.' The American composer Christopher Rouse, a descendant of immigrants from the British Isles, conceived his concerto as a reflection on his musical heritage as a descendant of immigrants from the British Isles. The present performance was praised on the website Audiophile Audition: 'This wonderful work demonstrates the power that musical suggestion has over the listener's emotional response ... The great flutist Sharon Bezaly plays it with consummate musicality and emotion.' Leonard Bernstein's Halil, finally, was composed in memory of an Israeli soldier fallen in battle, and was described as 'an admirable example of Bernstein's ability to reduce his Mahlerian idiom to small dimensions' by the reviewer on All Music Guide, who continued: 'Bezaly's extremely dramatic flute playing stands up to the work's vigorous percussion writing.'