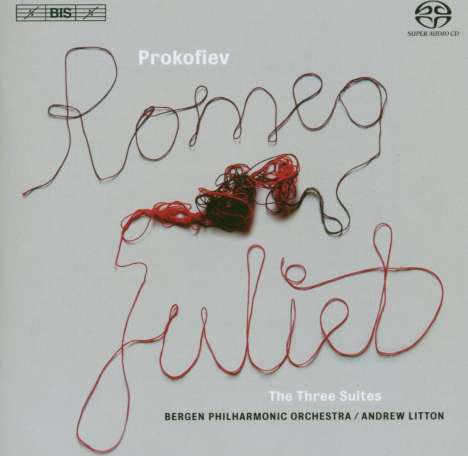 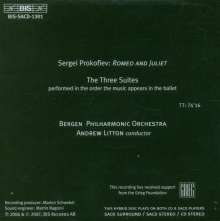 versandfertig innerhalb von 1-3 Tagen
(soweit verfügbar beim Lieferanten)
EUR 19,99*
Versandkosten
While containing some of the most popular and attractive music that Prokofiev ever wrote, his suites from the ballet Romeo and Juliet have often been perceived as less than satisfying. Depending on the listener, there is a feeling that the composer chose either too much or too little, or that neither of the suites fully reflects the wealth and variety to be found in the complete score. Many conductors have accordingly compiled their own sequences of movements, picking from all three of the suites. This recording presents another solution: all three suites are played, but the twenty movements (which after all are Prokofiev’s choice of his favourite bits) are performed in the order in which they appear in the ballet. Lasting a little over half the duration of the complete Romeo and Juliet, they preserve the outline of the narrative and together give a full picture of Prokofiev’s gift for bringing characters, scenes and situations to life in music of vivid, striking power: the sunny atmosphere of Shakespeare’s Verona, aggressive energy in the fight music, neo-classical elegance in the courtly dances, quirky humour in the minor roles, and above all great lyrical beauty in the music for the two young lovers and the cruel series of events that leads to their tragic deaths. All this is brought to us by the Bergen Philharmonic Orchestra – whose recent Grieg cycle on BIS has been a notable critical success – conducted by its music director Andrew Litton, making his first recording for BIS. The Litton / Bergen collaboration was initiated in 2003 and has been highly successful, something which not only Norwegian, but also European audiences have been able to benefit from through the orchestra’s recent tours. The 2007 / 2008 season will offer further such possibilities as the team visits Concertgebouw, Royal Albert Hall, Musikverein and Carnegie Hall – four of the world’s most prestigious concert venues.