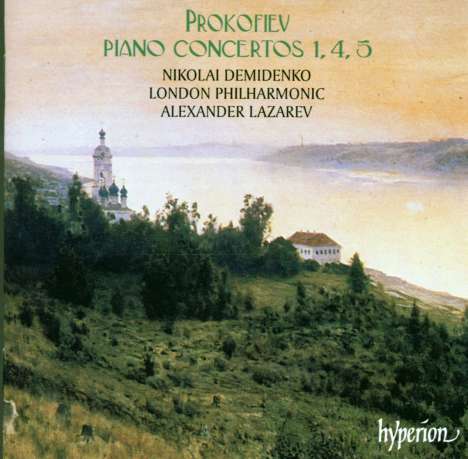 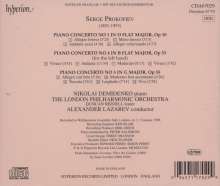 With this disc Demidenko completes his cycle of the Prokofiev Concertos with the London Philharmonic and Alexander Lazarev.


Concerto launched the youthful composer's career – he wrote it for his graduation concert (his playing of it won him first prize) and its youthful high spirits and virtuosity make it an instant crowd-pleaser. The Fourth and Fifth Concertos are less well known though with the Fifth it is hard to see why. The Fourth was written for the one-armed pianist Paul Wittgenstein who didn't like it (he didn't like Ravel's left-hand

Concerto either!) and refused to perform it; hence it is only recently that the work has been taken up.

»Dazzlingly virtuosic accounts of the youthful D flat, the left hand and the brilliant G major. Outstanding accompaniments ... put these performances in the class of the celebrated Ashkenazy / Previn set.« (The Sunday Times)

»A perfect follow-on from Concertos 2 & 3 by the same team, and another feather in Hyperion's cap« (Hi-Fi News)