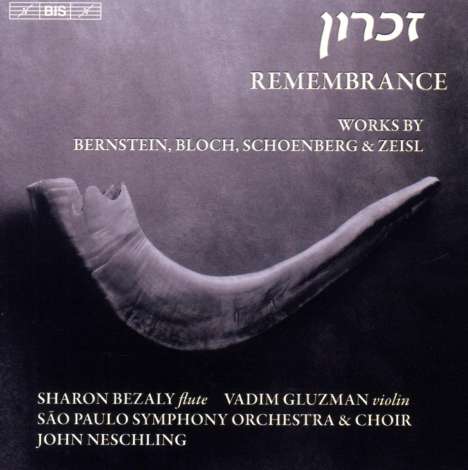 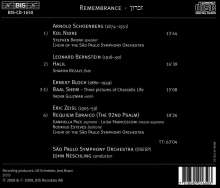 versandfertig innerhalb von 1-3 Tagen
(soweit verfügbar beim Lieferanten)
EUR 19,99*
Versandkosten
The word ‘remembrance’ (in Hebrew zicharon) is used here as a motto for four works that remind us that Man’s first allegiance lies with his God, and commemorate deceased loved ones: a young man fallen in battle, the victims of the Holocaust, and an entire Jewish European culture now lost. The disc opens and closes with the works by two Austrian composers forced to flee Europe because of their Jewish heritage. Schoenberg composed his setting of the Jewish prayer Kol Nidre in 1938 for the Los Angeles synagogue, and in 1944 the same congregation commissioned a new setting of Psalm 92 from Erich Zeisl (1905–59), who for some years had been composing for the film industry in Hollywood. Soon after the commission Zeisl received the tragic news of the death of his father and several friends in the Holocaust, and the work developed into an expression of grief. As Zeisl wrote to his publisher: ‘The Jews need a requiem so let’s try to give it to them… I wrote it from my heart and therefore it will find its way to their hearts.’ Between these two vocal works are two purely instrumental ones. Bernstein’s Halil (from the Hebrew word for flute) was dedicated to Yadin Tannenbaum, a young Israeli soldier and flautist who was killed in 1973 in his tank in Sinai, while Ernest Bloch wrote his Baal Shem in memory of his mother, but also as a celebration of East-European Jewish culture. The vibrant music receives equally intense performances from John Neschling (incidentally Schoenberg’s grand-nephew) conducting the São Paulo Symphony Orchestra. The team has received great acclaim for its recordings of Brazilian composers such as Villa-Lobos and Guarnieri and is here joined by the Choir of the São Paulo Symphony Orchestra, as well as by various eminent soloists, including Sharon Bezaly and Vadim Gluzman.