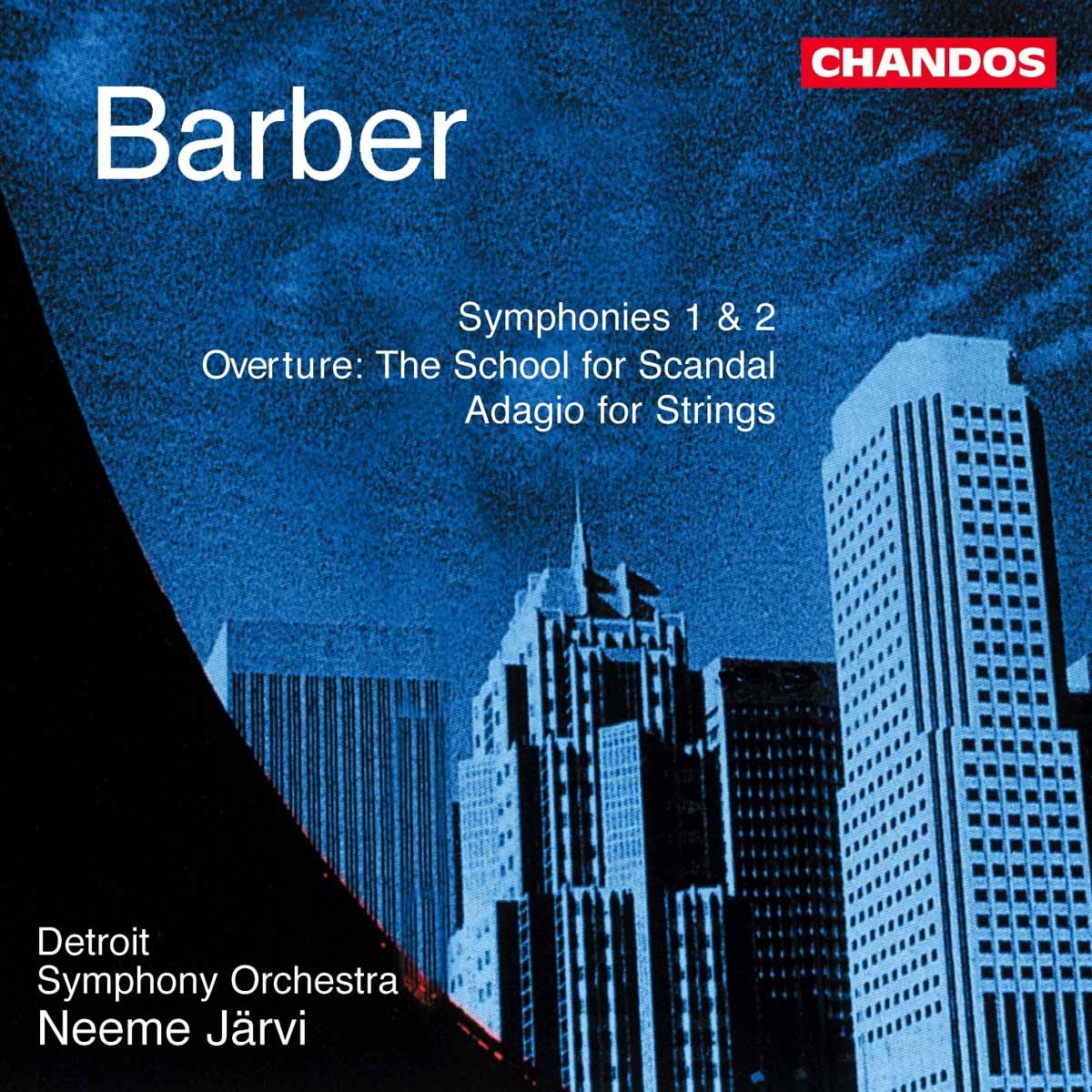 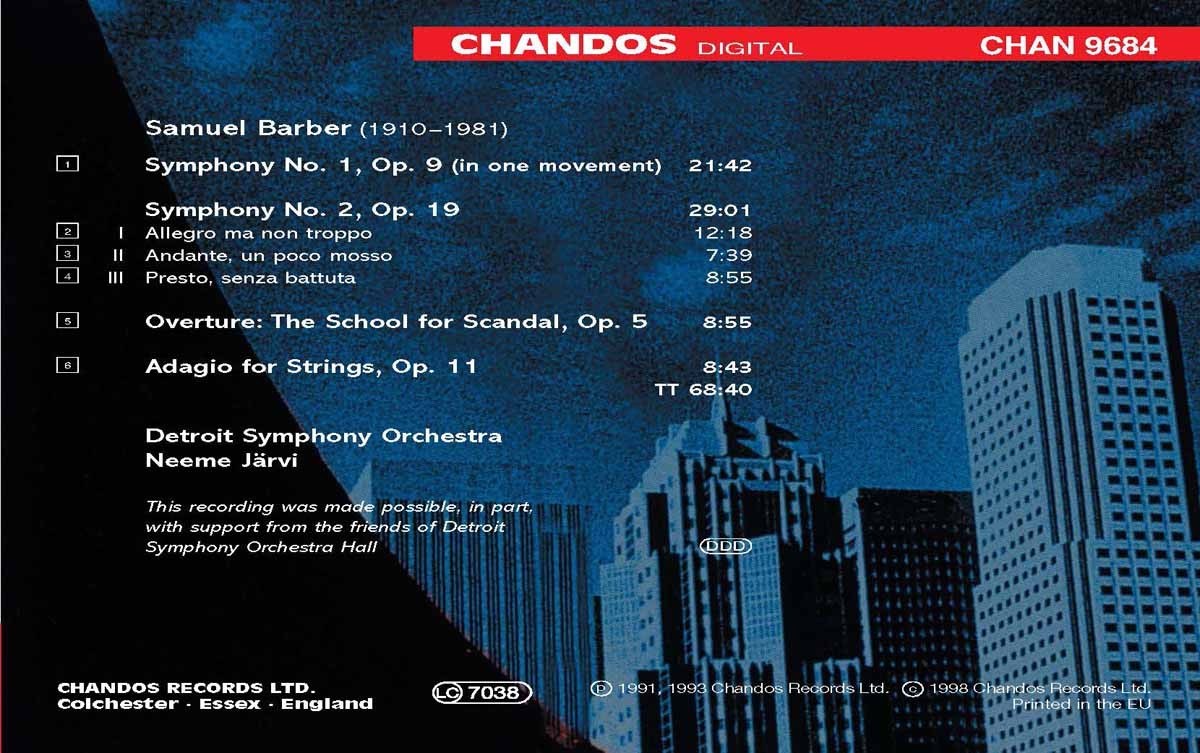 This release brings together some of Barber’s most famous and important orchestral works on a single album.

To a twentieth-century composer the word "symphony" might mean almost anything. To Stravinsky it meant "sounding together", while to Sibelius it was an outer shell within which it could be transformed almost beyond recognition. Barber’s roots lay in the past, but for him and his contemporaries the symphony could not be self-defining. In his First Symphony he combined the four traditional movements into one and described its form as "a synthetic treatment of the four-movement classical symphony". It is based on three themes of the initial Allegro non troppo which retain their fundamental character throughout the work.

Barber’s Second Symphony grew out of the Second World War. He was spared the rigours of battle, but as his part of the war effort was commissioned to write a 2symphonic work avout flyers". twenty years after its premiere, he ordered it withdrawn, salvaged the first movement under the title Night Flight and has his publisher destroy the existing parts. It was only after his death that another set of parts was discovered in England, through which we now know the Symphony.

The Overture to A School for Scandal was the product of a trip to italy in 1931 when barber stayed with Menotti in Cadegliano. From here he travelled to Gressoney to visit his composition teacher Rosario Scalero who saw his first ideas for the piece. It eas first performed in 1933. A note in the score reveals only that the Overture was "suggested" by Sheridan’s 1777 comedy which takes place in the jaded milieu of Lady Sneerwell, a purveyor of malicious gossip.

The first performance of Barber’s Adagio for Strings was conducted by Toscanini and it was this that sealed Barber’s reputation. Over the next few years it took on funereal associations, having first been played in this contect after the death of Franklin D Roosevelt. barber had not intended this piece to be an elegy, but listeners were not wrong in responding as they did to its solemnity.

"...These performances ... could hardly be hardly be bettered. The playing in all four works here is virile, refined and well-characterised. I particularly enjoyed the liveliness and with the players bring to the School for Scandal Overture and the Adagio is intense, atmospheric and sleekly performed." Matthew Rye - BBC Music magazine - March 1999

"...this exceptional disc illustrates, there is more to American composer than one finely wrought essay..." Yorkshire Post - October 1998

"... a superb performance on this disc by the Detroit Symphony Orchestra ..." Classified Guardian - 1 October 1998