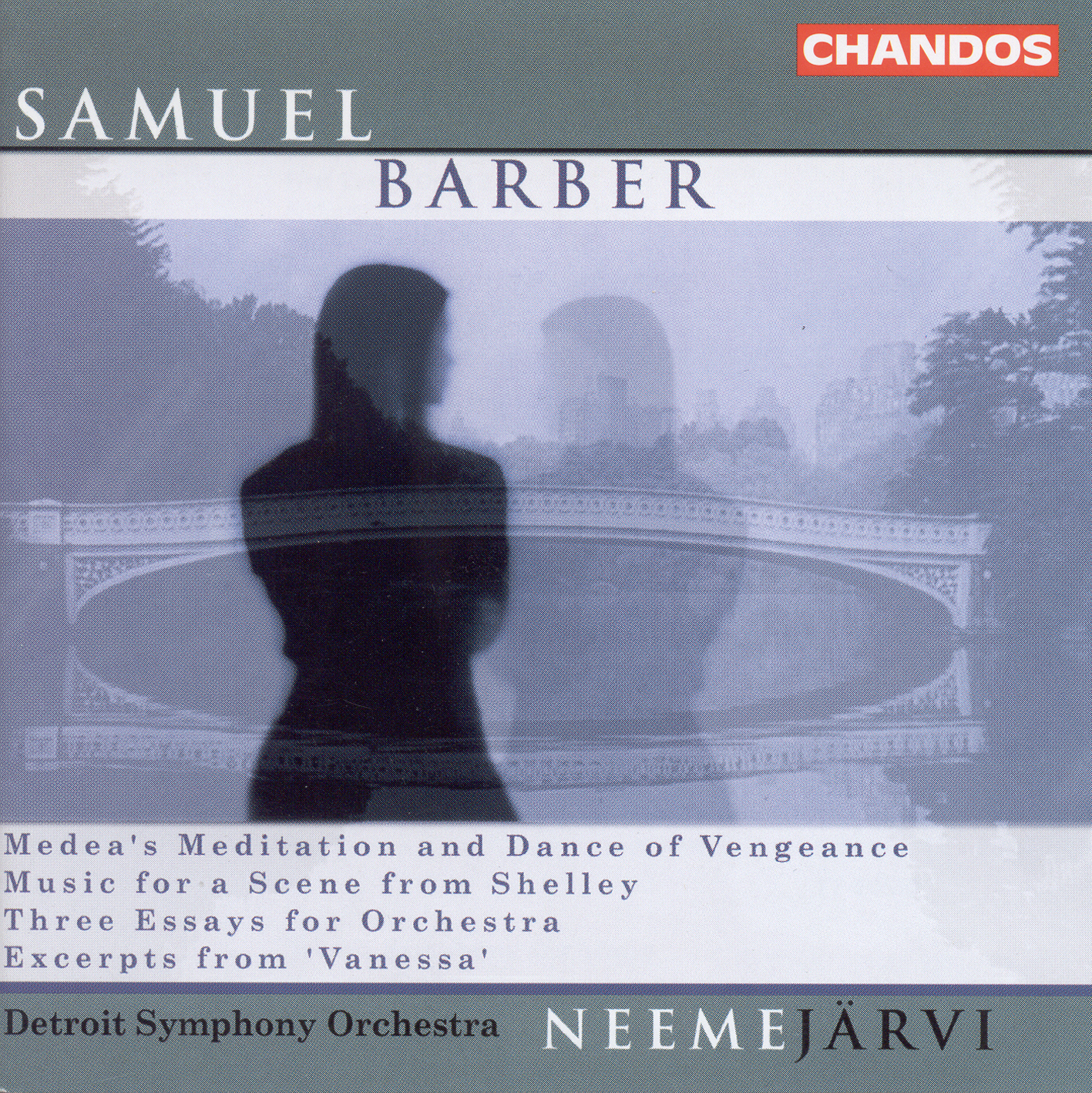 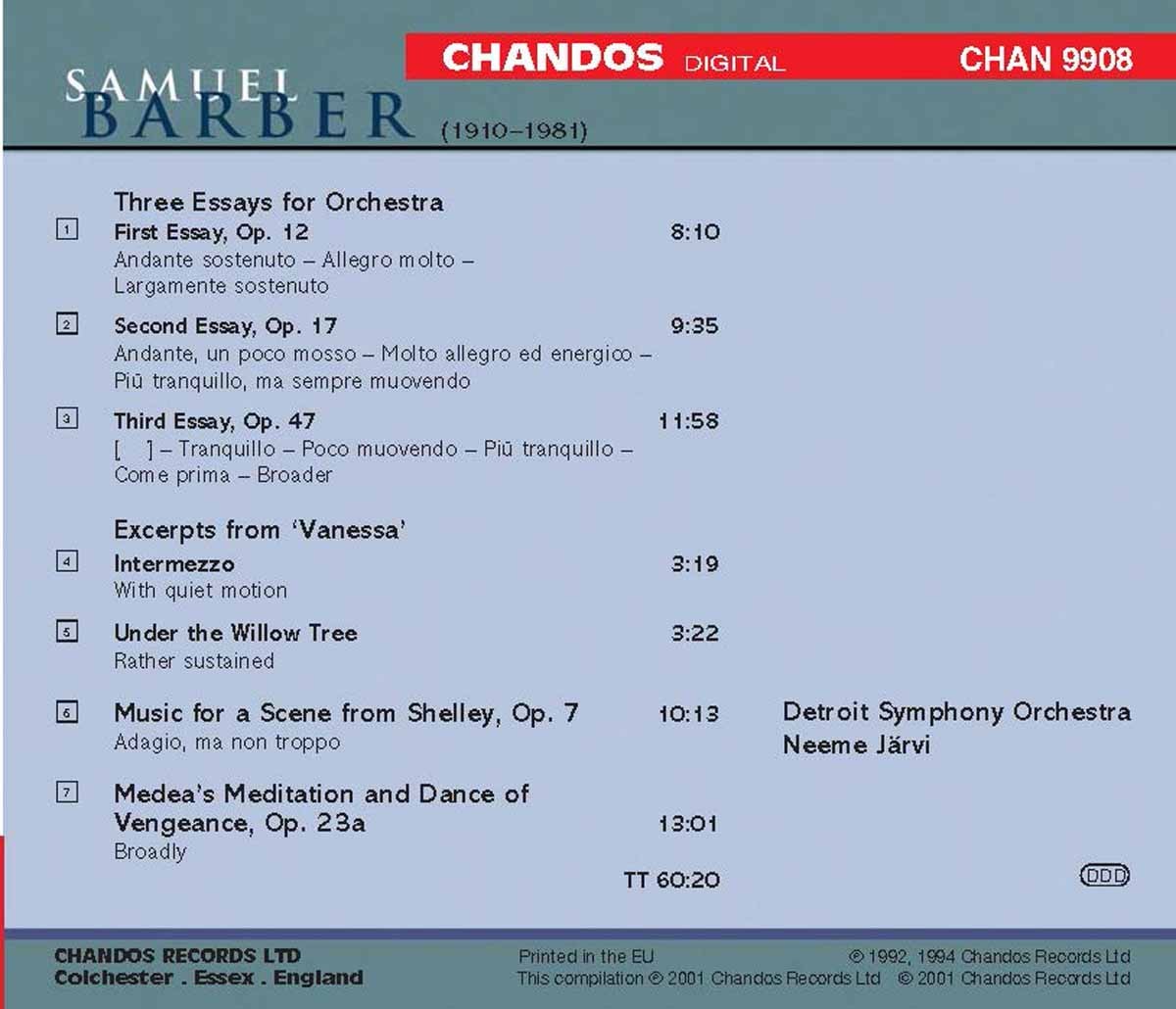 Vanessa was Samuel Barber’s first opera and ranks among his major achievements. The four-act work, with a libretto by Gian Carlo Menotti, was completed in 1957 and won the Pulitzer Prize the following year. Barber composed one of his most varied scores for this tale of love in waiting; while much of it is written in a late-nineteenth-century vein, it is at times unmistakably modern. The two excerpts presented here, ‘Under the Willow Tree’ and the brief ‘Intermezzo’, are among the opera’s many highlights. ‘Under the Willow Tree’, a waltz sung by the Old Doctor in the first act, exhibits the composer’s considerable talent for cleverly setting text. The lyrical orchestral ‘Intermezzo’ from the third act is a melodic and richly textured segment.

Barber completed his Music for a Scene from Shelley in 1933, two years before its premiere by the New York Philharmonic on 24 March 1935. This early work, Barber’s second piece for orchestra, does little to alter the common belief that he was a ‘neo-Romantic’ composer, for it is plainly couched in the musical language of the late nineteenth century.

Barber collaborated with modern dance legend Martha Graham to produce the ballet Medea (Cave of the Heart) which was premiered in 1946. Although the ballet itself is seldom performed today, the orchestral movement Medea’s Meditation and Dance of Vengeance (1955) is one of the composer’s best-known works.

Barber’s instrumental music was highly successful. Arturo Toscanini gave the premiere performance of the Essay for Orchestra, and following this Barber added a further two Essays over the years, the Third being the last work completed before his death. Over the course of his three orchestral essays, Barber’s harmonic vocabulary grew a bit bolder, and his instrumentation certainly fuller.

‘The strings have a lightness and subtlety and are highly responsive. The recording is very natural and present, and beautifully balanced.’ The Penguin Guide to Compact Discs

‘It [Music for a Scene from Shelley] is a powerfully atmospheric, rich and haunting score… The two excerpts from Vanessa are captivating; the celebrated dance from Medea comes off splendidly under Neeme Järvi and the recording is absolutely state-of-the-a The Penguin Guide to Compact Discs

Music for a Scene from Shelley op. 7

Medeas Meditation and Dance of Vengeance op. 23a