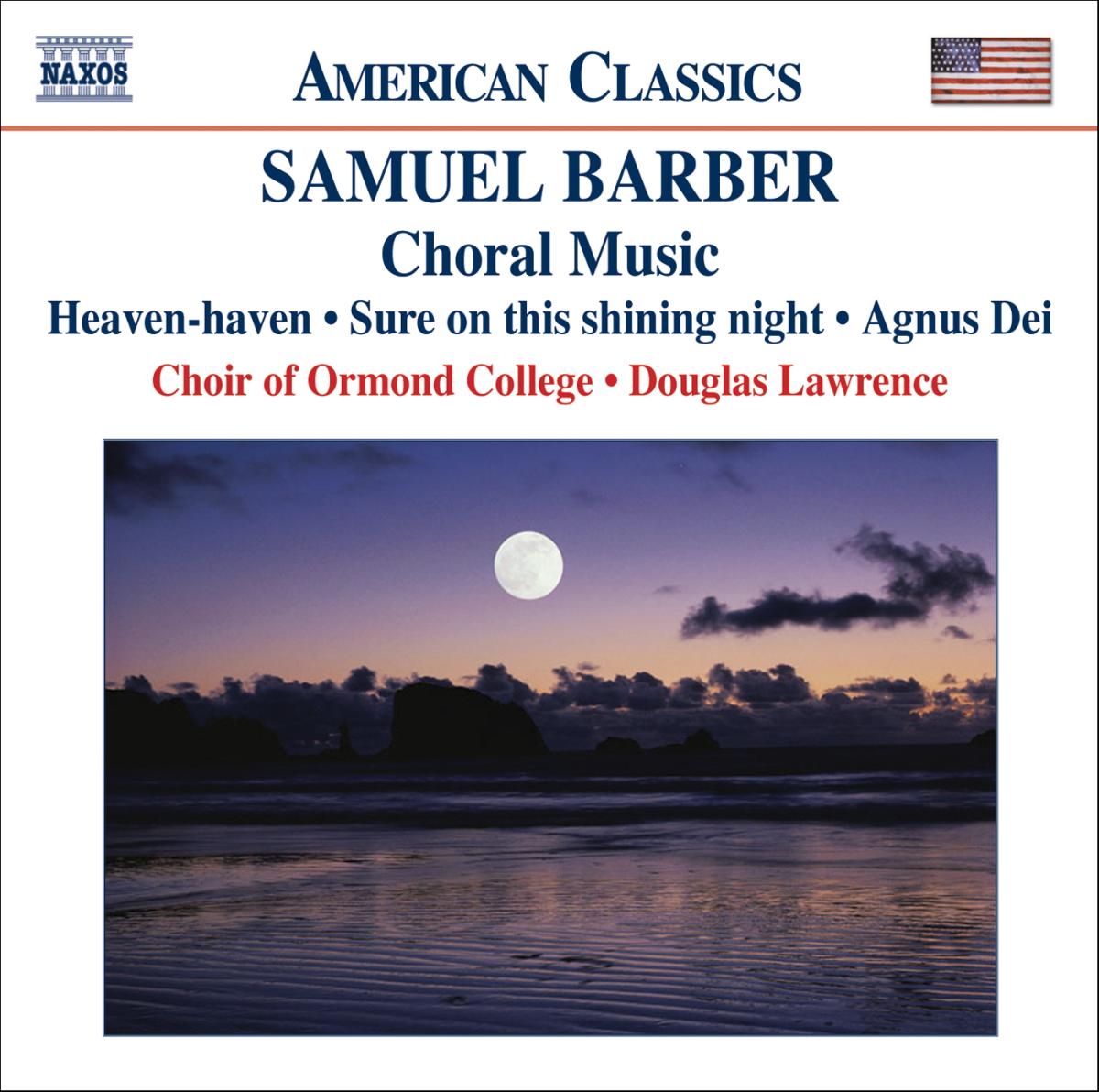 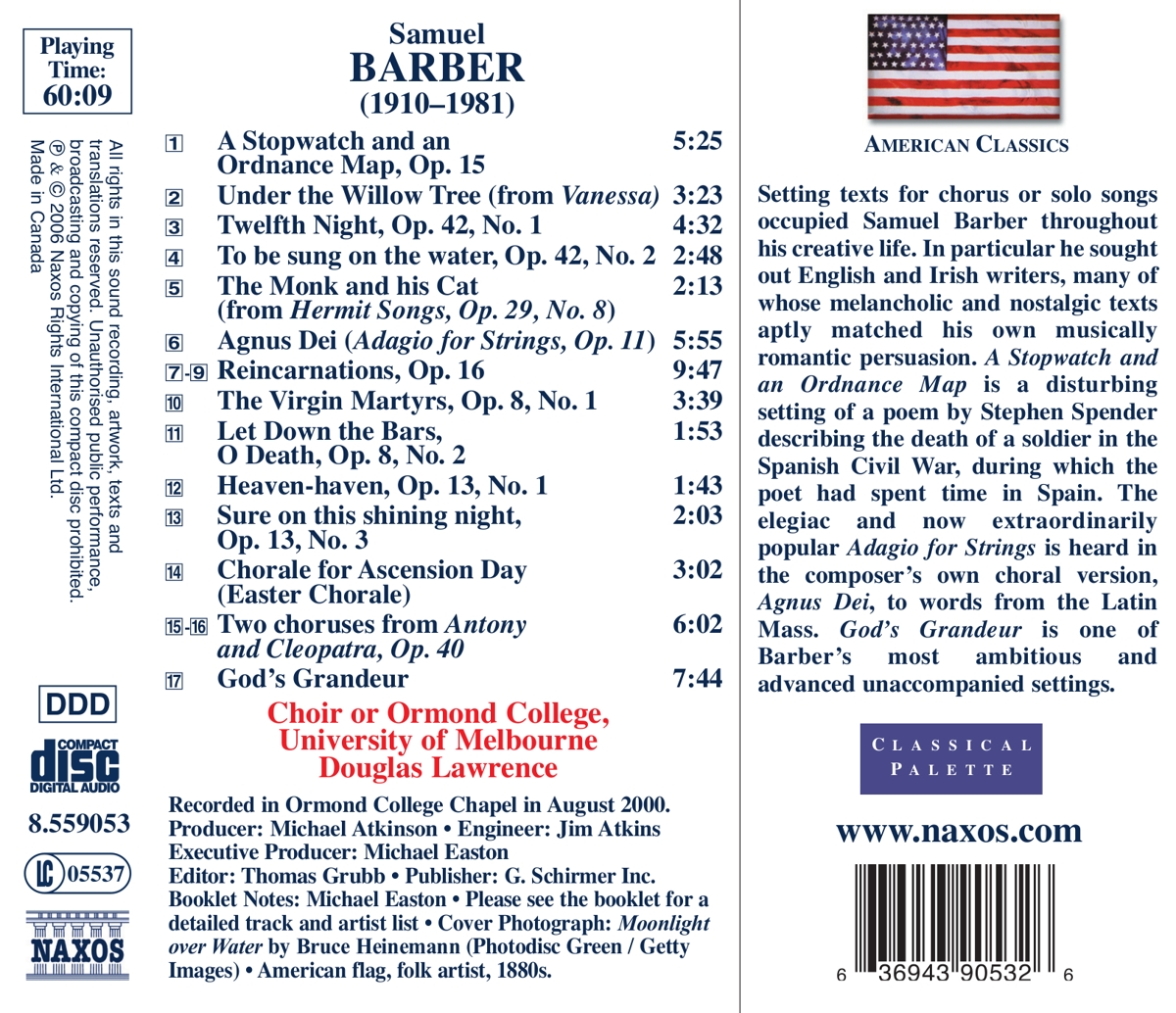 Bewertung:
Nur noch 1 Stück am Lager. Danach versandfertig innerhalb von 1-3 Tagen (soweit verfügbar beim Lieferanten)
EUR 12,99*
Versandkosten
Setting texts for chorus or solo songs occupied Samuel Barber throughout his creative life. In particular he sought out English and Irish writers, many of whose melancholic and nostalgic texts aptly matched his own musically romantic persuasion. A Stopwatch and an Ordnance Map is a disturbing setting of a poem by Stephen Spender describing the death of a soldier in the Spanish Civil War, during which the poet had spent time in Spain. The elegiac and now extraordinarily popular Adagio for Strings is heard in the composer's own choral version, Agnus Dei, to words from the Latin Mass. God's Grandeur is one of Barber's most ambitious and advanced unaccompanied settings.