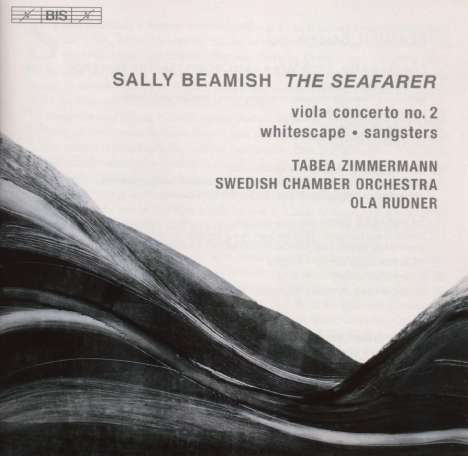 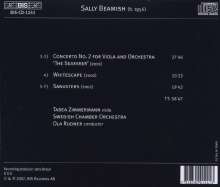 versandfertig innerhalb von 1-3 Tagen
(soweit verfügbar beim Lieferanten)
EUR 19,99*
Versandkosten
The British composer Sally Beamish (b. 1956) has been called a ‘striking and personal voice’ whose works ‘combine lyricism and drama with clarity of form’ (Gramophone). The present works were all written during a four-year residency with the Swedish Chamber Orchestra, and all spring from literary sources. Beamish – herself a viola player – has given her second concerto for the instrument the title The Seafarer. It is inspired by a modern translation of a ninth-century Anglo-Saxon poem with the same title; a poem which reflects a Nordic view of life’s journey, using the metaphor of a sea voyage. The work is dedicated to Tabea Zimmerman, who performs it on this recording. In the case of Whitescape it was the life and work of novelist Mary Shelley which provided the inspiration. In the composer’s own words, it ‘concentrates particularly on the aspects of dream and landscape in Shelley’s novel Frankenstein.’ Sangsters also grew out of a poem, this time written in Scots by Betty McKellar. The sangsters (‘singers’) of the title are sky-larks and seals, and with its three strophes the poem inspired Beamish to a work in three parts, where each movement features different soloists from within the orchestra.

This is the fifth disc on BIS dedicated to the music of Sally Beamish. Two earlier titles have featured orchestral works interpreted by, as on the present CD, the Swedish Chamber Orchestra under Ola Rudner. The discs have been highly praised, both for the music and for performances which have been described as ‘immaculate’ (The Observer, UK) and as having ‘that sense of deep commitment and precision missing in so many recordings of modern music’ (Fanfare).

Chapel Choir of Pembroke College Cambridge - All Things Are Quite Silent
CD
EUR 19,99*