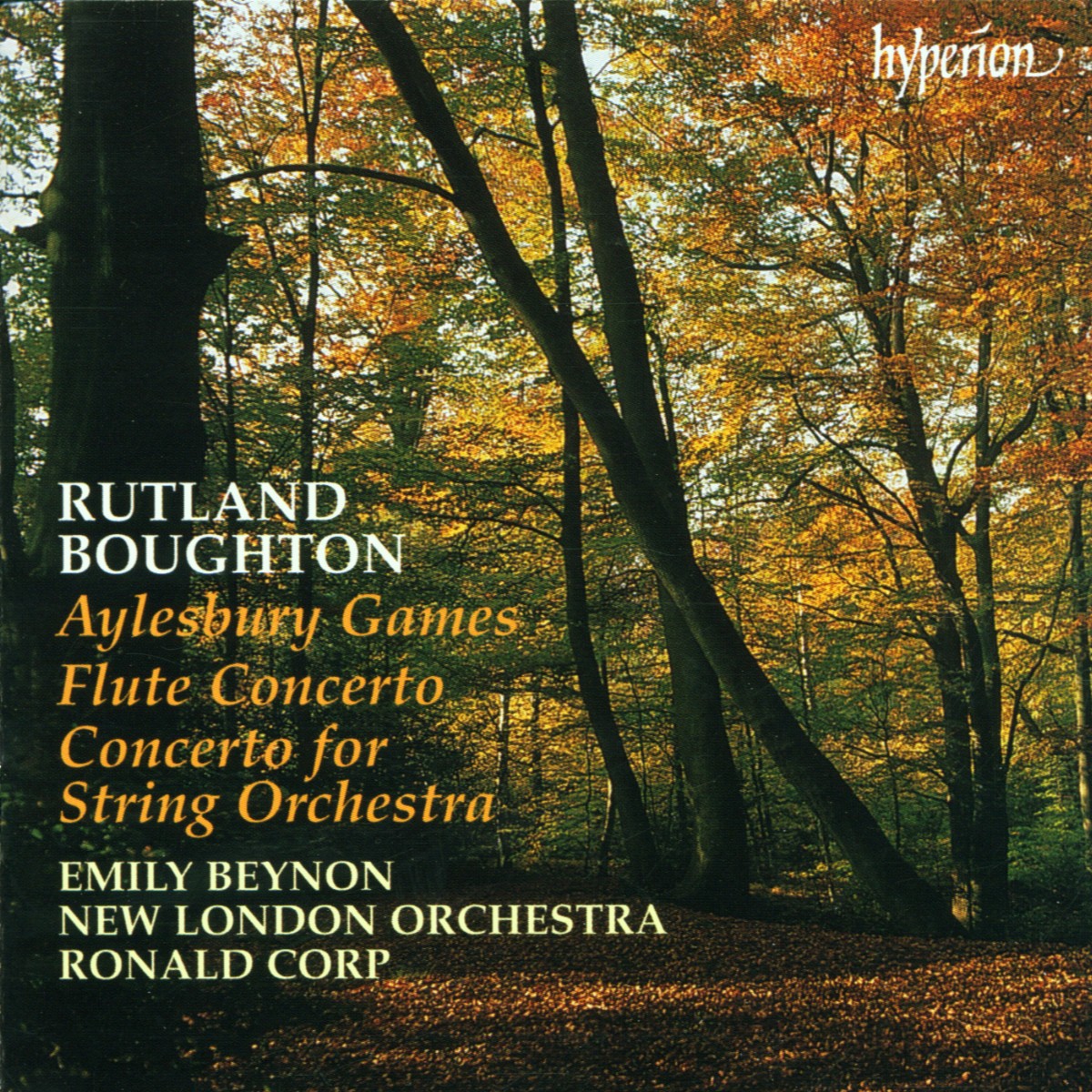 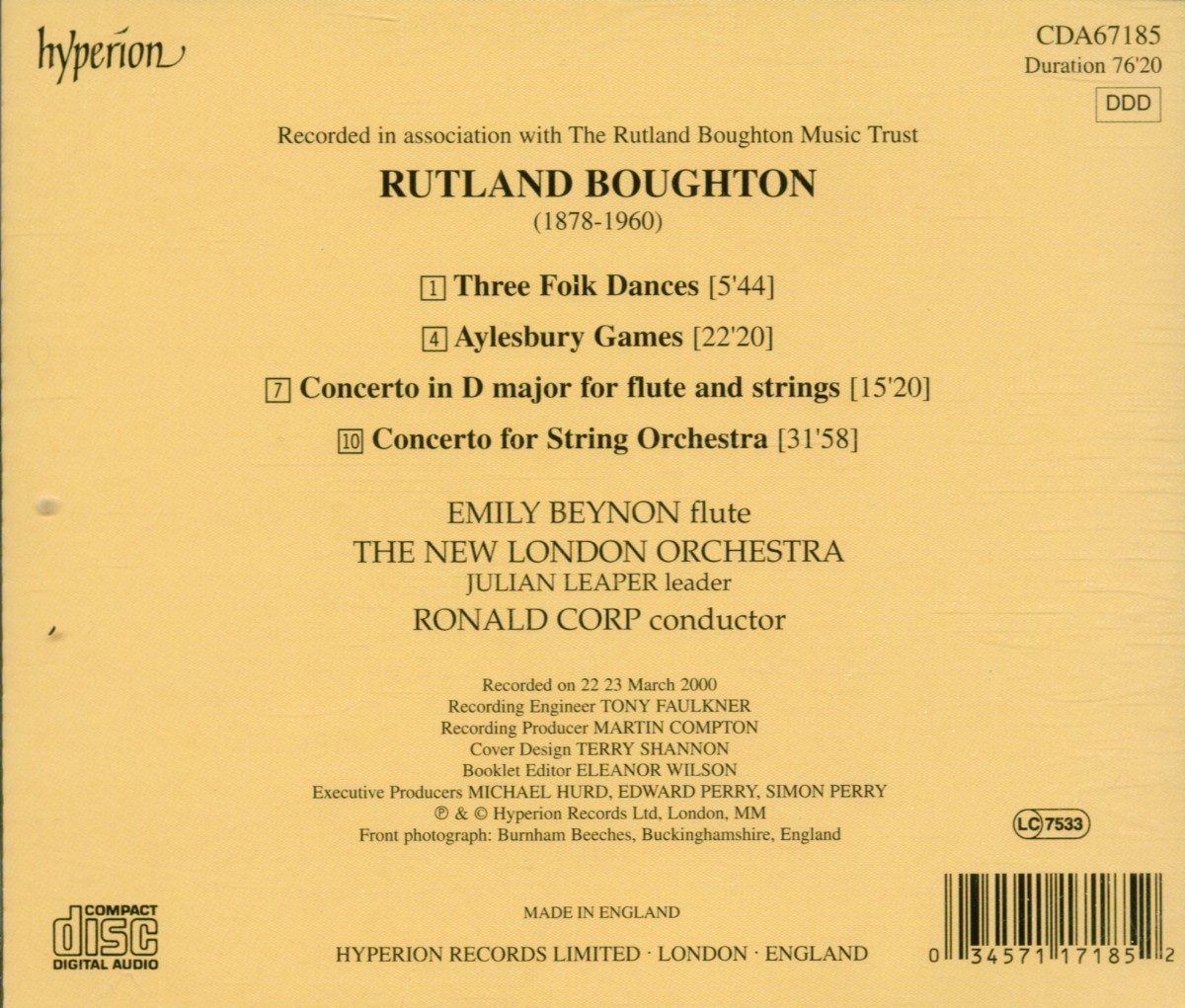 This world-premiere recording demonstrates the versatility of the English composer who for too long has been associated only with The Immortal Hour. Although there is this association with Boughton, it was as a composer of large-scale choral and orchestral works that he first drew attention to himself in the early years of the twentieth century, and it was to orchestral music that he returned in the 1920's when circumstances forced him to abandon is operatic experiments.

The Flute Concerto is wonderfully performed by the young flautist Emily Beynon—most recently heard on CDA67089, John McCabe's Flute Concerto. The Concerto for String Orchestra was never published and remained untouched from 1937 until its premiere in 1997 (the players for whom it was written found it too demanding and it took until 1997 when the Bournemouth Sinfonietta gave it its first performance). It is a wonderful piece which has been likened to the great works for string orchestra by Elgar and Vaughan Williams. Aylesbury Games had produced a similar reaction from the dedicatees (the orchestra of Aylesbury—Boughton's native town) and although it was composed in 1952 it took until 1978 for the orchestra to tackle a first performance. Sadly, Boughton therefore never heard it played.

'Emily Beynon gives a dazzling account of the Flute Concerto … this is a lovely, loveable CD, and no one who likes a good tune should be without it' (Fanfare, USA)

'A welcome release. Beynon is enchanting in the Flute Concerto, while the Aylesbury Games Suite and Concerto for String Orchestra are lovely repertoire revivals' (Classic FM Magazine)