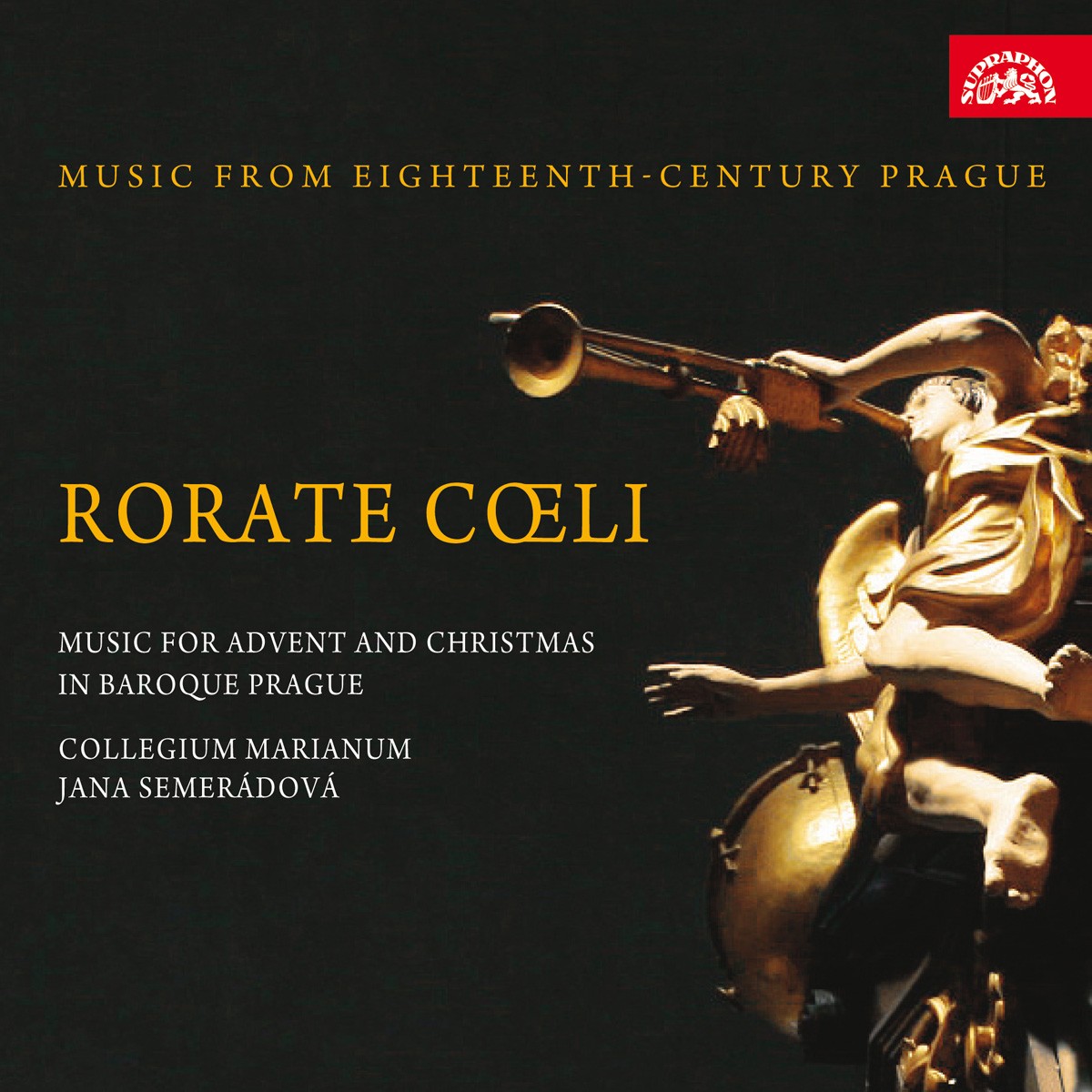 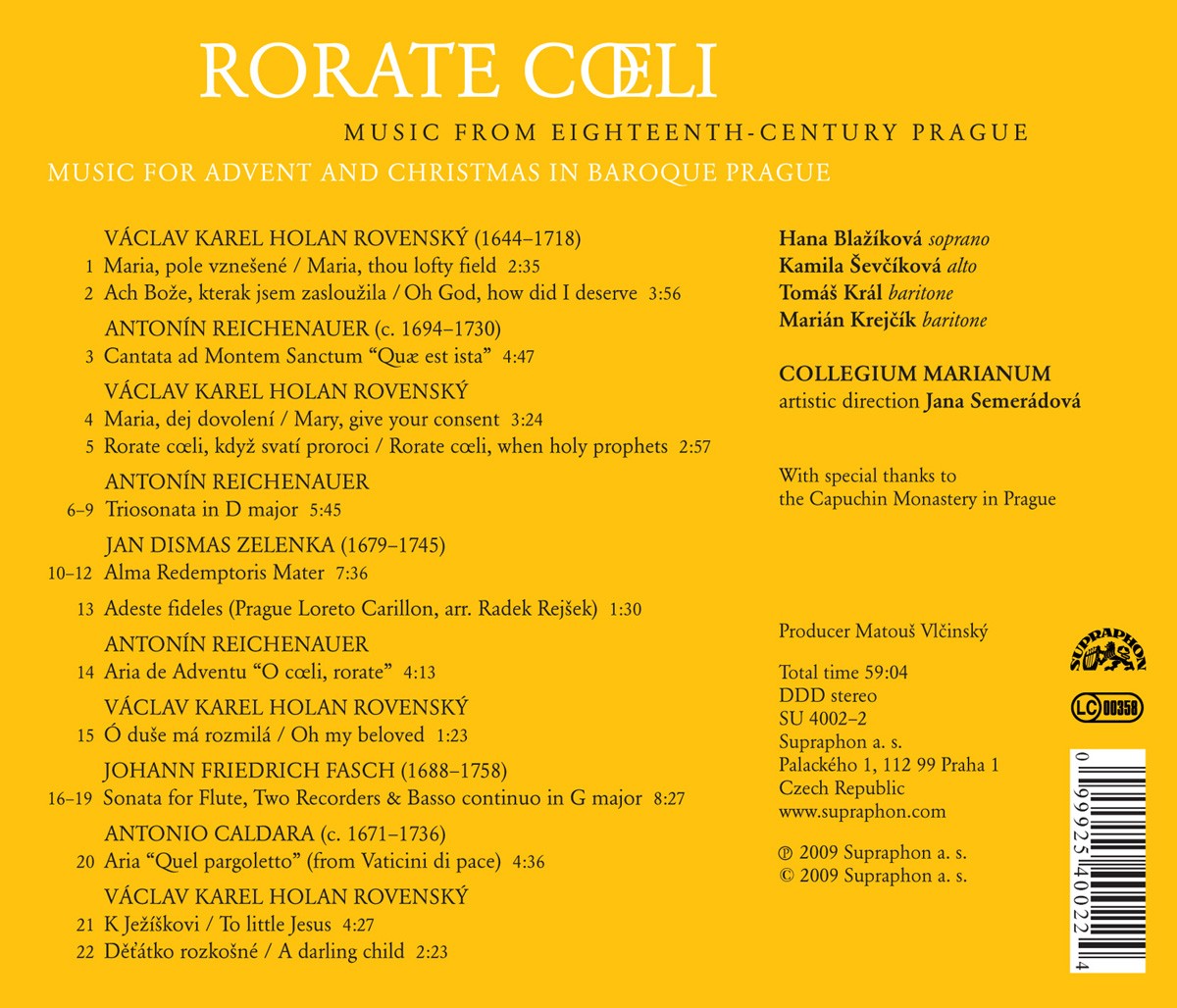 In the rich musical life of early 18th century Prague, the Advent and Christmas seasons formed a chapter unto themselves. Their specific repertoire consisted not only of the themes of this liturgical season (including a strong element of the Marian cult), but also of special liturgical and musical forms. In both songs and figural music Czech suddenly appeared side by side with Latin, along with elements of folk religion and culture. These are most to be heard in the charming Advent and Christmas poeticism of the songs of Holan Rovensky. Prague's archives also hold whole troves of pieces with more sophisticated forms, both those by composers who worked in Prague (A. Reichenauer, J. F. Fasch) and those brought in from elsewhere (A. Caldara, Dresden-based J. D. Zelenka, and others). All the pieces on this new recording by the outstanding Collegium Marianum share the atmosphere of expectation of the Savior's arrival and the spirit of peace and joy. And joy is precisely what shines through the thoughtful musicological and dramaturgical program of this "authentic" recording into the heart of the listener, whether during the seasons of Advent and Christmas or at any other time.