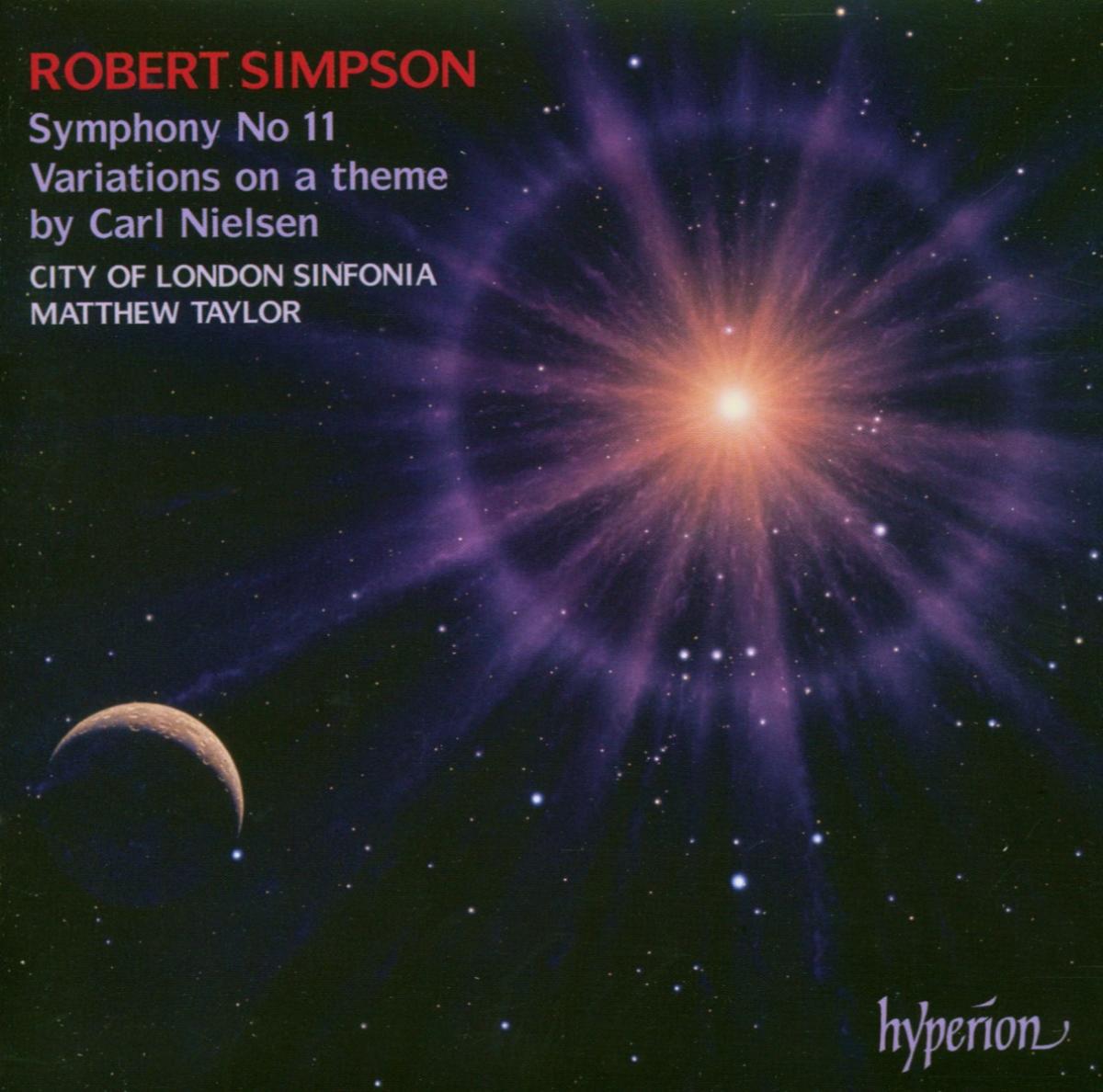 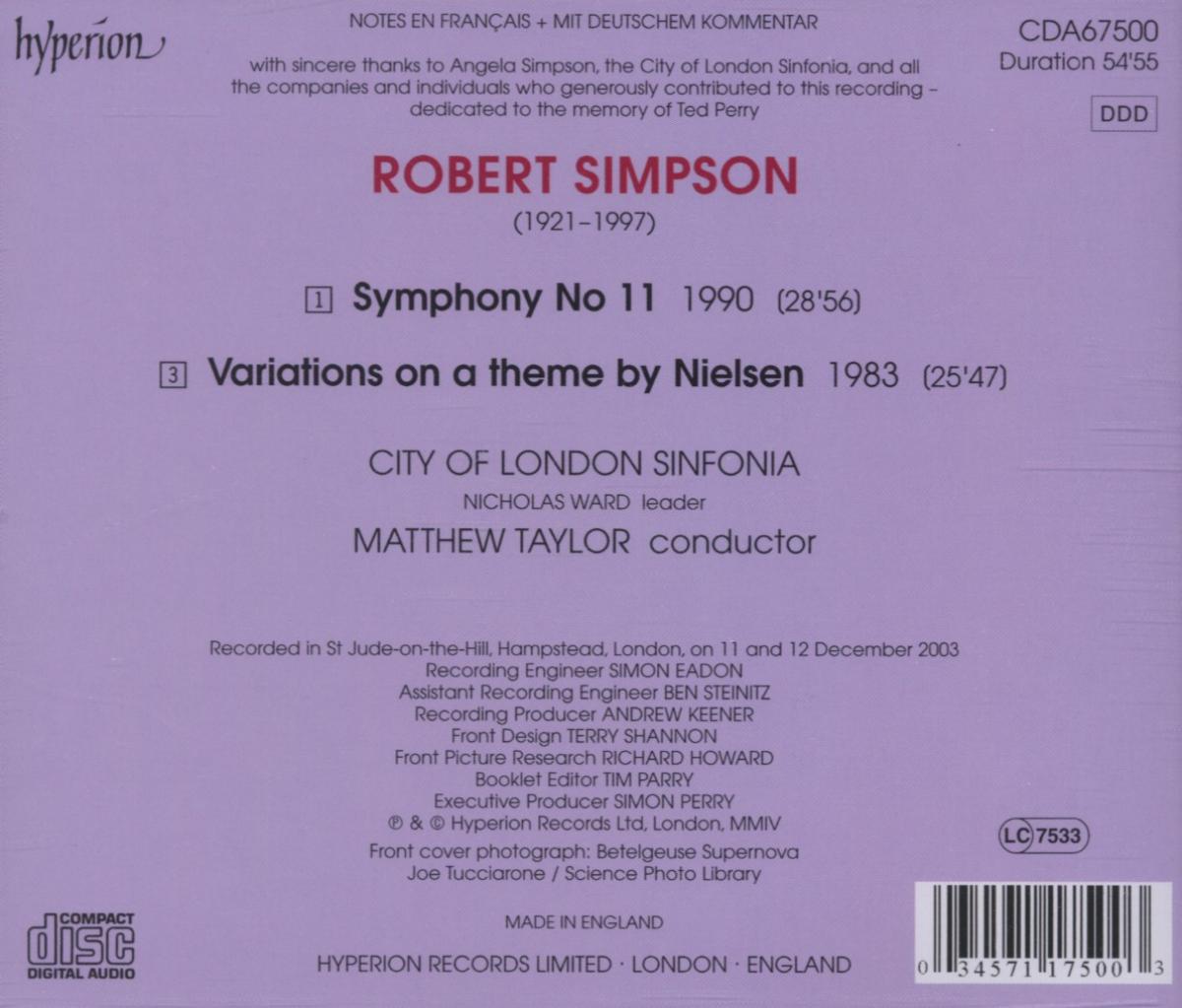 Hyperion’s Record of the Month for August brings the grand finale to our award-winning series of recordings presenting the symphonies of Robert Simpson – hailed by The Independent as ‘surely about the most imposing symphonic cycle in progress’. Symphony No 11 was composed in 1990 and is dedicated to Matthew Taylor (who here conducts) as a gesture of thanks for his dedication to Simpson’s symphonic works. In two movements, it is scored for a Classical orchestra and continually hints at manners of expression hitherto unprecedented in the history of the modern symphony; all the more tragic therefore that it was to be the conclusion of one of the greatest symphonic cycles of the twentieth century. Variations on a theme by Nielsen (1983) is based on a tune from a suite of incidental music for a play. As Simpson might have put it, ‘it doesn’t matter if you can’t tell a fifth from a rissole’ for the listener to enjoy this hugely entertaining work – the perfect introduction to those unfamiliar with his orchestral output. This recording is released with sincere thanks to Angela Simpson, the Robert Simpson Society, the City of London Sinfonia, and all the other companies and individuals who generously contributed to it, and is dedicated to the memory of Ted Perry.

'The recordings are entirely worthy of the playing, and of the music. It's hard to imagine a more fitting memorial tribute to Hyperion's Ted Perry, whose faith and tenacity of purpose made this whole project possible. Strongly recommended' (BBC Music Magazine)

'The Hyperion label's commitment to Robert Simpson, the feisty conservative among postwar British composers has been unstinting … The polyphonic textures of the eleventh symphony intrigue, especially in Matthew Taylor's polished performance with the City of London Sinfonia' (The Times)

'This CD couples two very important works by a major twentieth century symphonist … If your local orchestra can play Haydn and Mozart symphonies they can play this one, but as the publishers have not seen fit to publish a score, and are unlikely to do so, your best bet is to get this record, dedicated to the memory of Hyperion's founder and lifelong friend of Simpson, Ted Perry' (International Record Review)

'Altogether a magnificent recording, then, and I recommend it enthusiastically. Simpson's music is always absolutely honest, as was the man; like him, too, it is tough and uncompromising. But he also had a gruff sense of humour and a profound sense of the demands of humanism. These characteristics of the man illuminate the music. We are the richer for it' (Fanfare, USA)