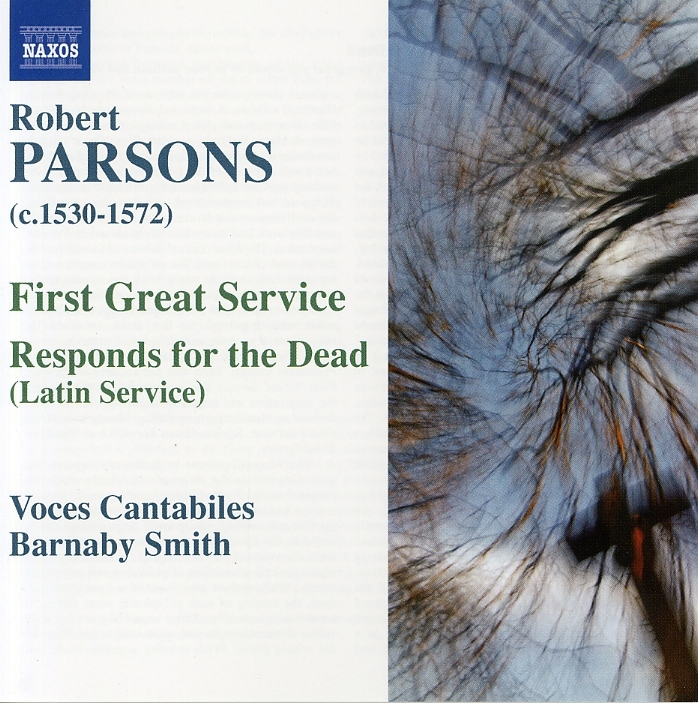 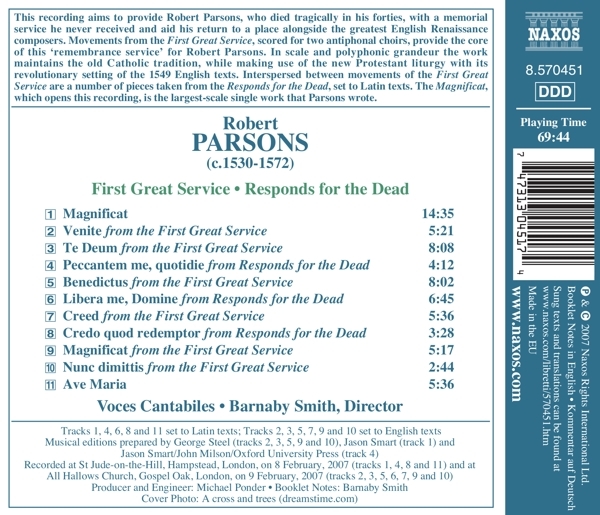 Bewertung:
Lieferzeit beträgt mind. 4 Wochen
(soweit verfügbar beim Lieferanten)
EUR 7,99*
Versandkosten
This recording aims to provide Robert Parsons, who died tragically in his forties, with a memorial service he never received and aid his return to a place alongside the greatest English Renaissance composers. Movements from the First Great Service, scored for two antiphonal choirs, provide the core of this 'remembrance service' for Robert Parsons. In scale and polyphonic grandeur the work maintains the old Catholic tradition, while making use of the new Protestant liturgy with its revolutionary setting of the 1549 English texts. Interspersed between movements of the First Great Service are a number of pieces taken from the Responds for the Dead, set to Latin texts. The Magnificat, which opens this recording, is the largest-scale single work that Parsons wrote.