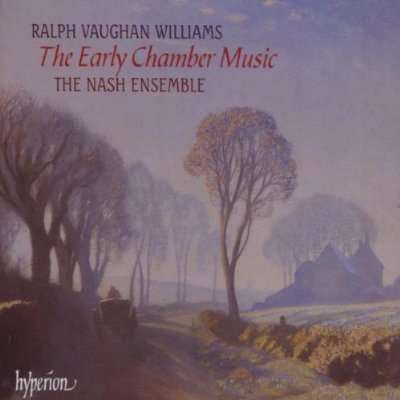 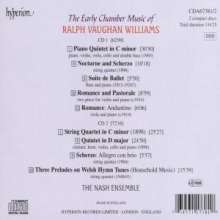 It is hard to imagine the discontent of a composer responsible for some of the most beautiful music ever written. However, it seems that the over-zealous self-criticism of the youthful Ralph Vaughan Williams has denied the world the pleasure of much of his early chamber music, banished to a cupboard for up to a hundred years … until now!

Vaughan Williams destroyed many of his earliest works, for which the world can only mourn the loss. Other early manuscripts, mercifully, were stored away, and following his death in 1958, donated by his widow to the British Library. Understandably, there have been many requests to investigate and perform these works over the years, and to avoid the increasing threat of piracy and unedited versions, R. V.W. Ltd and Faber Music have worked together to produce authorized editions.

Together with a number of more familiar works, there are five previously unrecorded works on this disc, three of which Gustav Holst would have been familiar with in 1903 when he wrote to his great friend: “your best—your most profound and beautiful style or 'atmosphere'—is an indescribable sort of feeling as if one was listening to very lovely lyrical poetry”.

The performances by The Nash Ensemble on this extraordinary 2-CD set secure that this treasure chest is one to cherish.

'This set would draw interest even if it didn't contain five world premiere recordings, such is the quality and insight of the music-making' (BBC Music Magazine)

'The Nash Ensemble's performances are superb' (The Sunday Times)

3 Preludes on a welsh hymn tunes