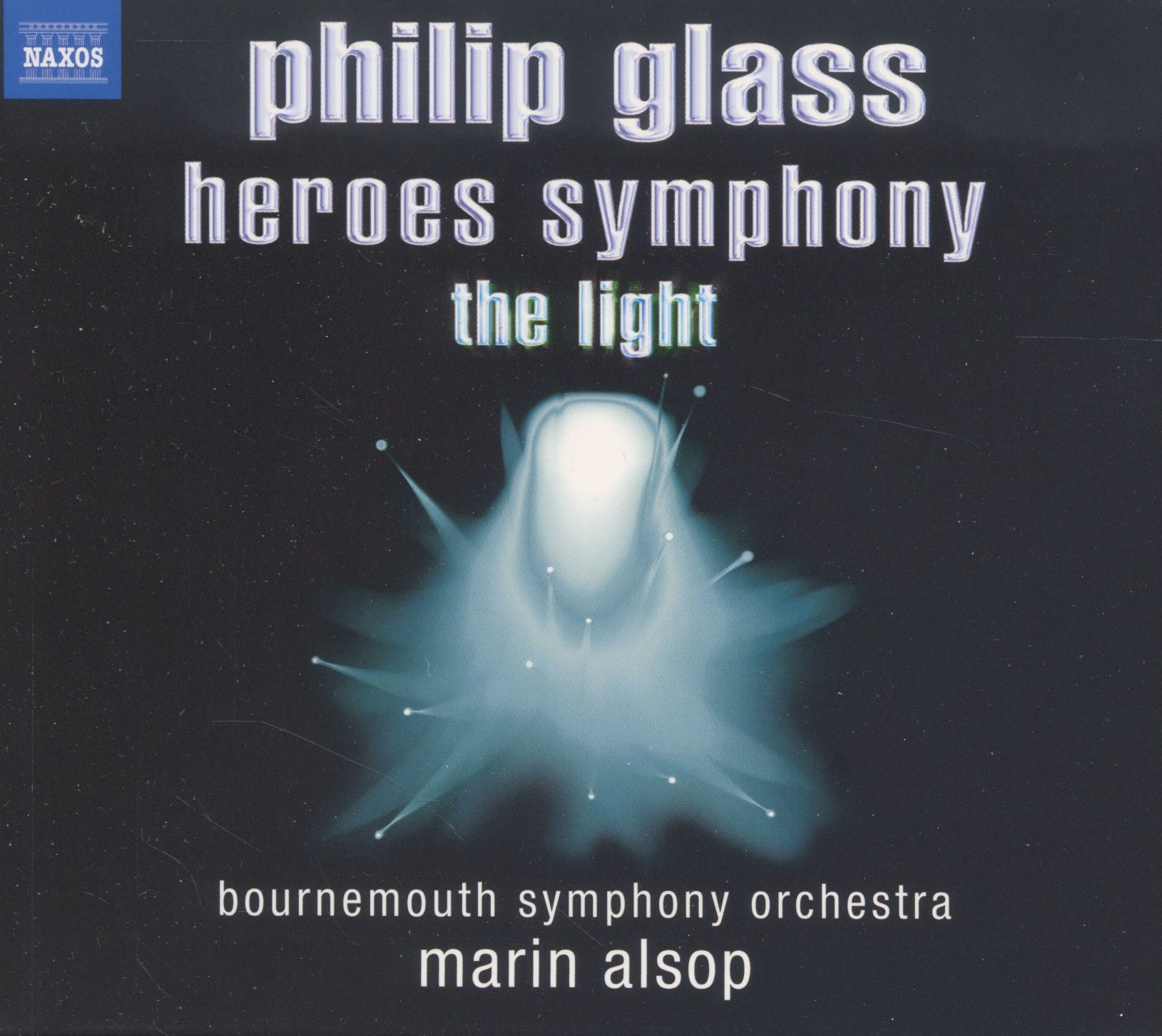 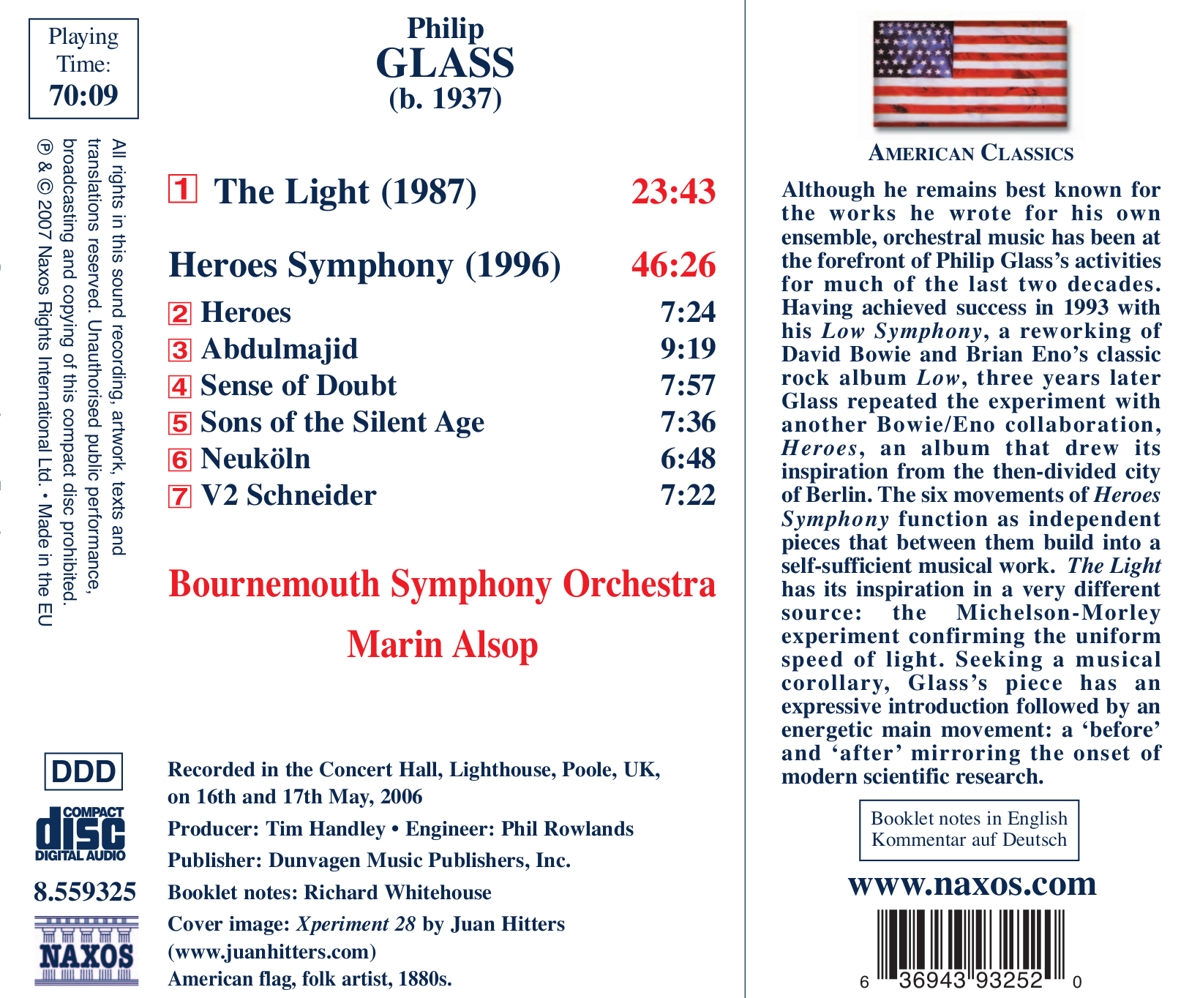 Bewertung:
umgehend lieferbar, Bestand beim Lieferanten vorhanden
EUR 9,99*
Although he remains best known for the works he wrote for his own ensemble, orchestral music has been at the forefront of Philip Glass' activities for much of the last two decades. Having achieved success in 1993 with his Low Symphony, a reworking of David Bowie and Brian Eno's classic rock album Low, three years later Glass repeated the experiment with another Bowie / Eno collaboration, Heroes, an album that drew its inspiration from the then-divided city of Berlin. The six movements of Heroes Symphony function as independent pieces that between them build into a self-sufficient musical work. The Light has its inspiration in a very different source: the Michelson-Morley experiment confirming the uniform speed of light. Seeking a musical corollary, Glass' piece has an expressive introduction followed by an energetic main movement: A »before« and »after« mirroring the onset of modern scientific research.