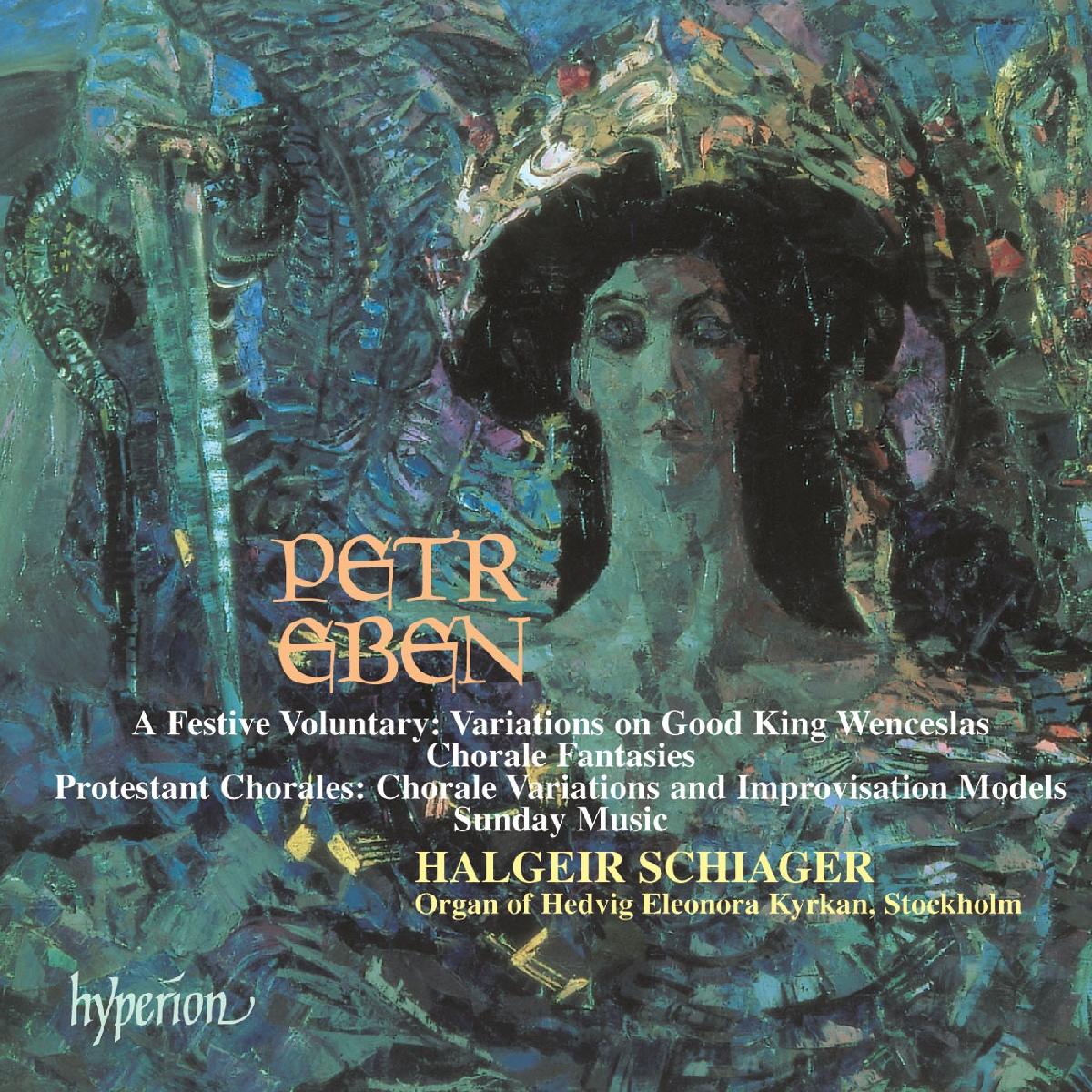 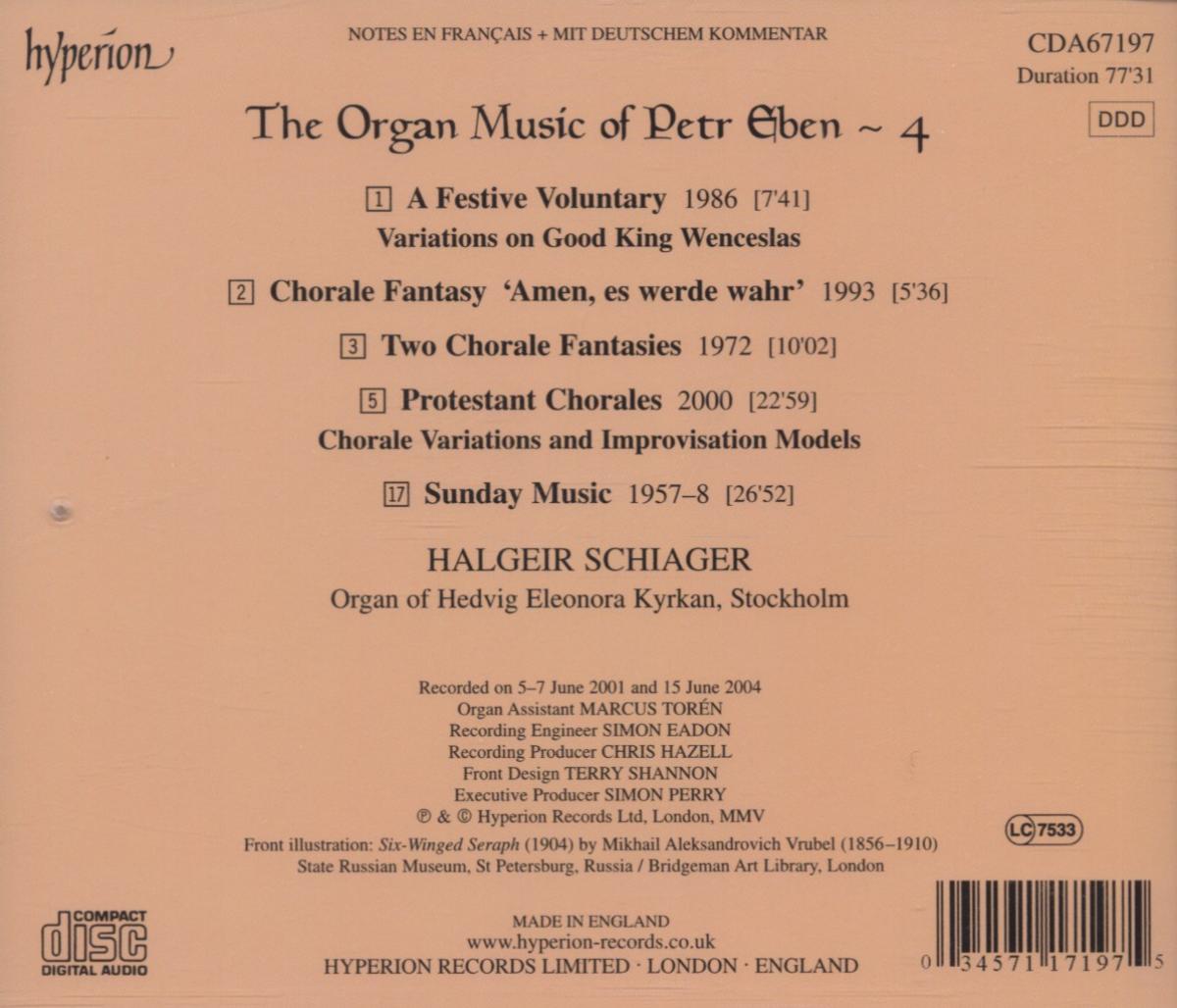 Those who have been following Halgeir Schiager’s pioneering survey of Petr Eben’s extraordinary organ works will find any words of recommendation for this new disc unnecessary; for the newcomer, the twelve Protestant Chorales at the heart of this recital will provide an excellent starting-point—the most literally contemporary (composed in 2000) music in the cycle, and yet reassuringly rooted around the traditional chorale melodies of the Church.

Petr Eben is one of the foremost composers from the Czech Republic. Also known as an organist, he primarily performs his own works, but is also highly sought-after as an improviser on both the piano and the organ. His works for organ are among his most popular.

'Eben's music is uniformly well constructed and reveals the composer's fecund creativity … The performances here are exemplary. The Norwegian organist Halgeir Schiager is an extremely adept advocate of this repertoire. His playing is precise, colourful, rhythmically alert and sensitive to the structure of the music; above all it is highly virtuosic in its crisp attention to detail … In short, this disc offers a generous tribute to Petr Eben, and will be a 'must' for devotees of his music' (International Record Review)

'Recommended for all organists and afficionados' (Fanfare, USA)