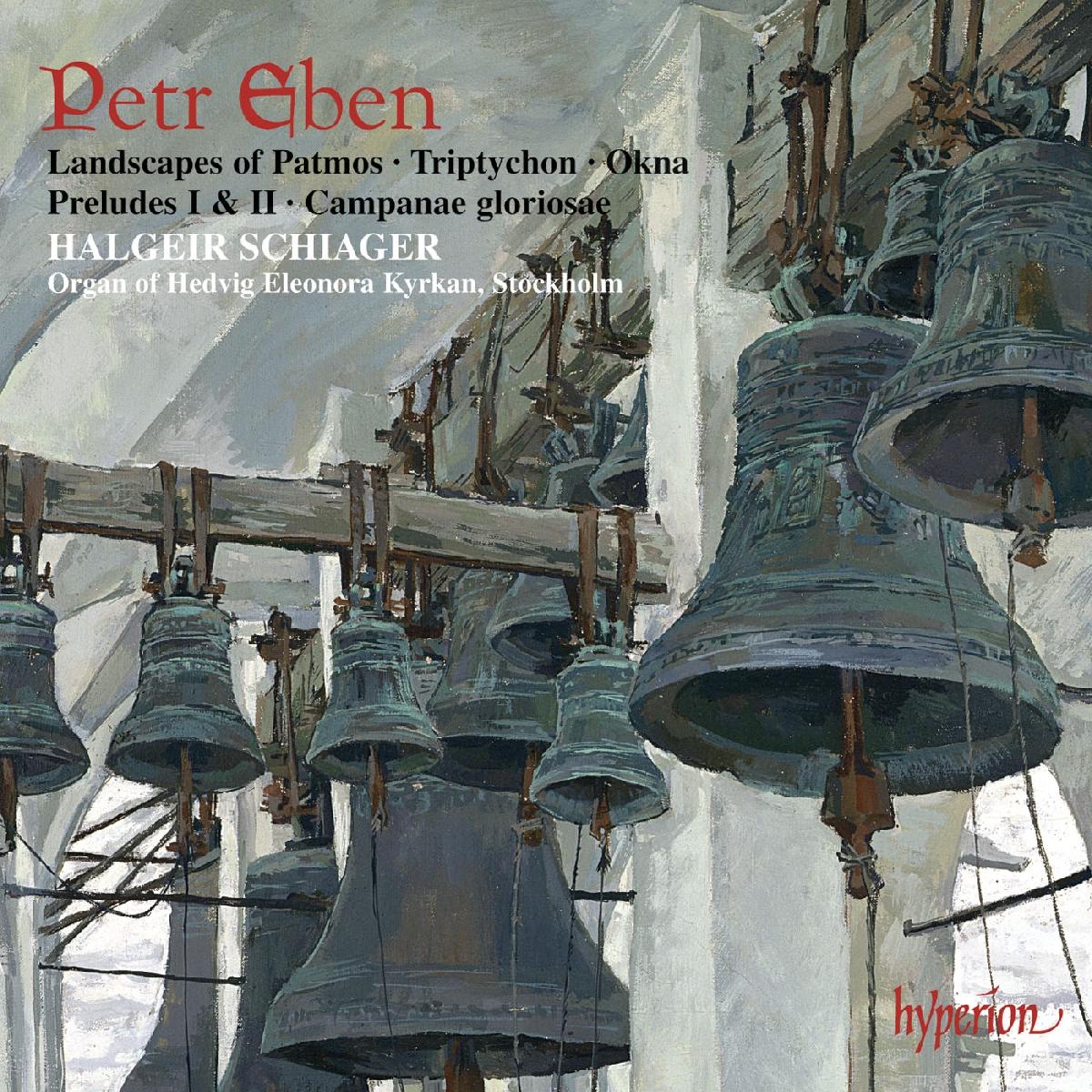 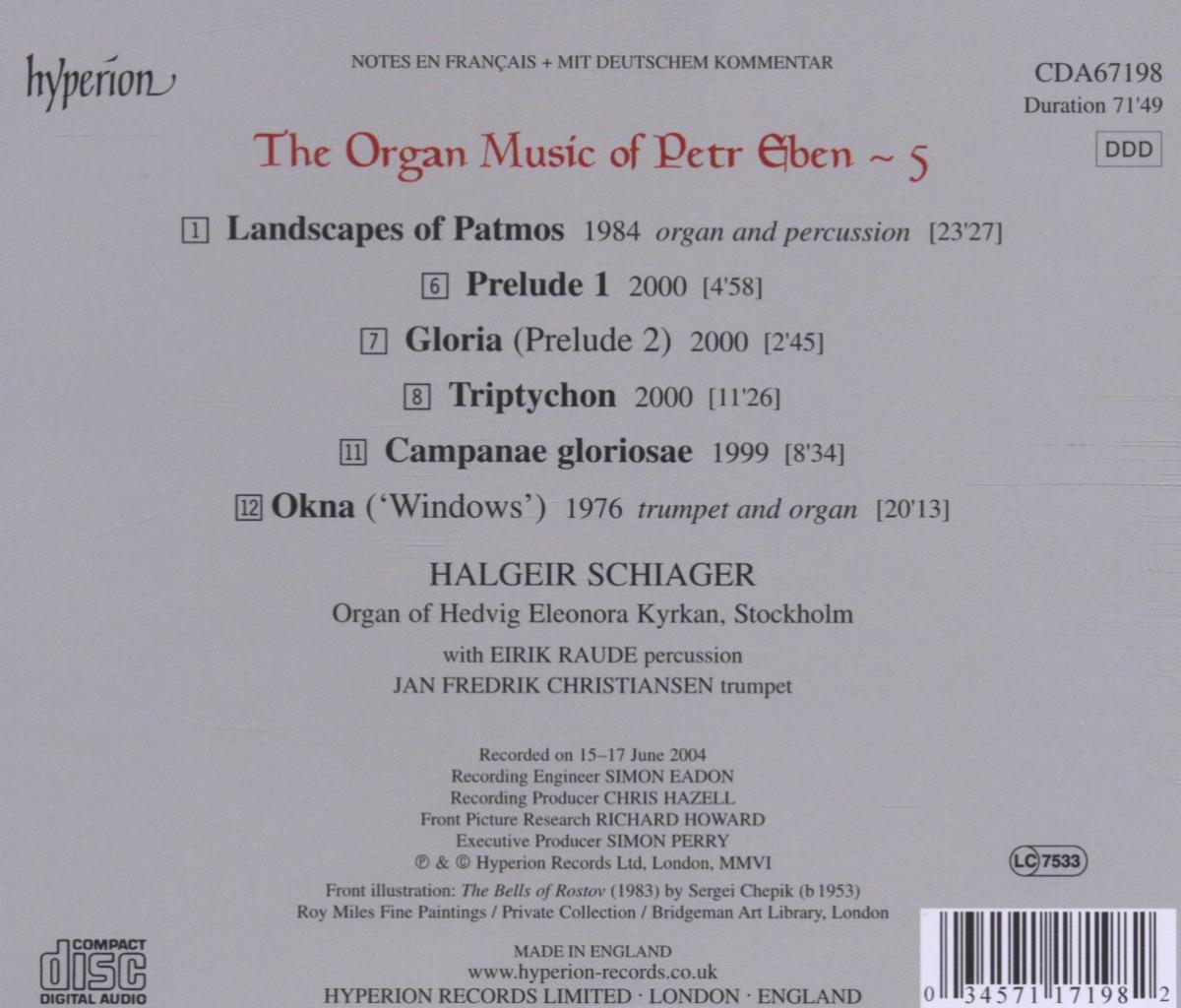 Those who have been following Halgeir Schiager’s pioneering survey of Petr Eben’s extraordinary organ works will find any words of recommendation for this new disc unnecessary; for the newcomer, the programme offers an array of accessible riches, including two works where the organ is combined with other instruments to thrilling effect.

Petr Eben is one of the foremost composers from the Czech Republic. Also known as an organist, he primarily performs his own works, but is also highly sought-after as an improviser on both the piano and the organ. His works for organ are among his most popular.

'Hyperion captures the organ of Stockholm's Hedvig Eleonora Church superbly - an object lesson in harnessing clarity and spaciousness in that trickiest of acoustics, the church. Eben is now in his 76th year, and though it's possible his intégrale may yet be incremented, these five volumes of organ music document a highly original voice of our times. In short, they demand to be heard' (BBC Music Magazine)

'Schiager has certainly proved his credentials as an advocate of Eben's music … his impeccable articulation, deft handling of the splendid three manual, 58-stop Grölunds organ of Stockholm's Hedvig Eleonora Church and complete grasp of each score, establish this entire series as a matchless point of reference to Eben's organ music' (International Record Review)

'Halgeir Schaiger's performances on the fine organ of Hedvig Eleonora Kyrkan, Stockholm (Grölunds Orgelbyggeri, Gammelstad, 1975-76), are probing and, where need be, electrifying. He is at all moments at the service of a quite extraordinary composer. Percussionist Eirik Raude and trumpeter Jan Fredrik Christiansen are splendid, and Schiager is at the top of his estimable game. I await the next volume' (Fanfare, USA)