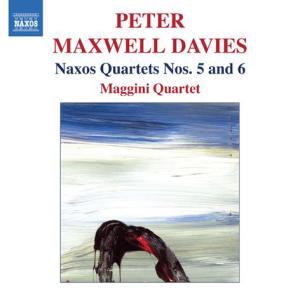 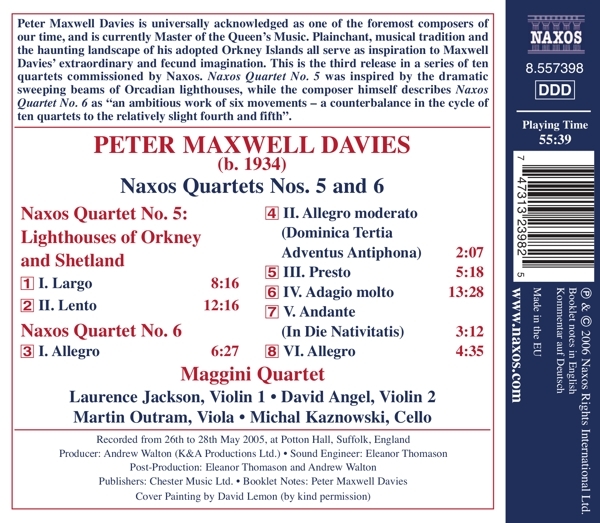 Bewertung:
umgehend lieferbar, Bestand beim Lieferanten vorhanden
EUR 9,99*
Peter Maxwell Davies is universally acknowledged as one of the foremost composers of our time, and is currently Master of the Queen's Music. Plainchant, musical tradition and the haunting landscape of his adopted Orkney Islands all serve as inspiration to Maxwell Davies' extraordinary and fecund imagination. This is the third release in a series of ten quartets commissioned by Naxos. Naxos Quartet No. 5 was inspired by the dramatic sweeping beams of Orcadian lighthouses, while the composer himself describes Naxos Quartet No. 6 as "an ambitious work of six movements - a counterbalance in the cycle of ten quartets to the relatively slight fourth and fifth"."