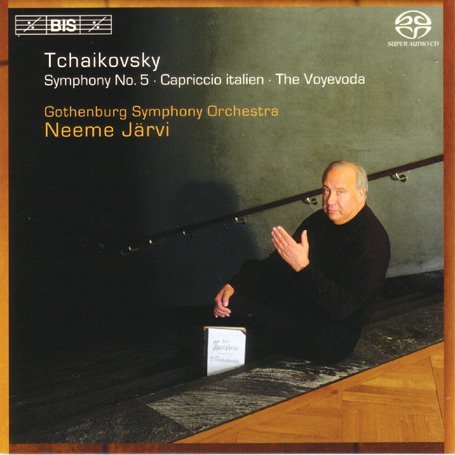 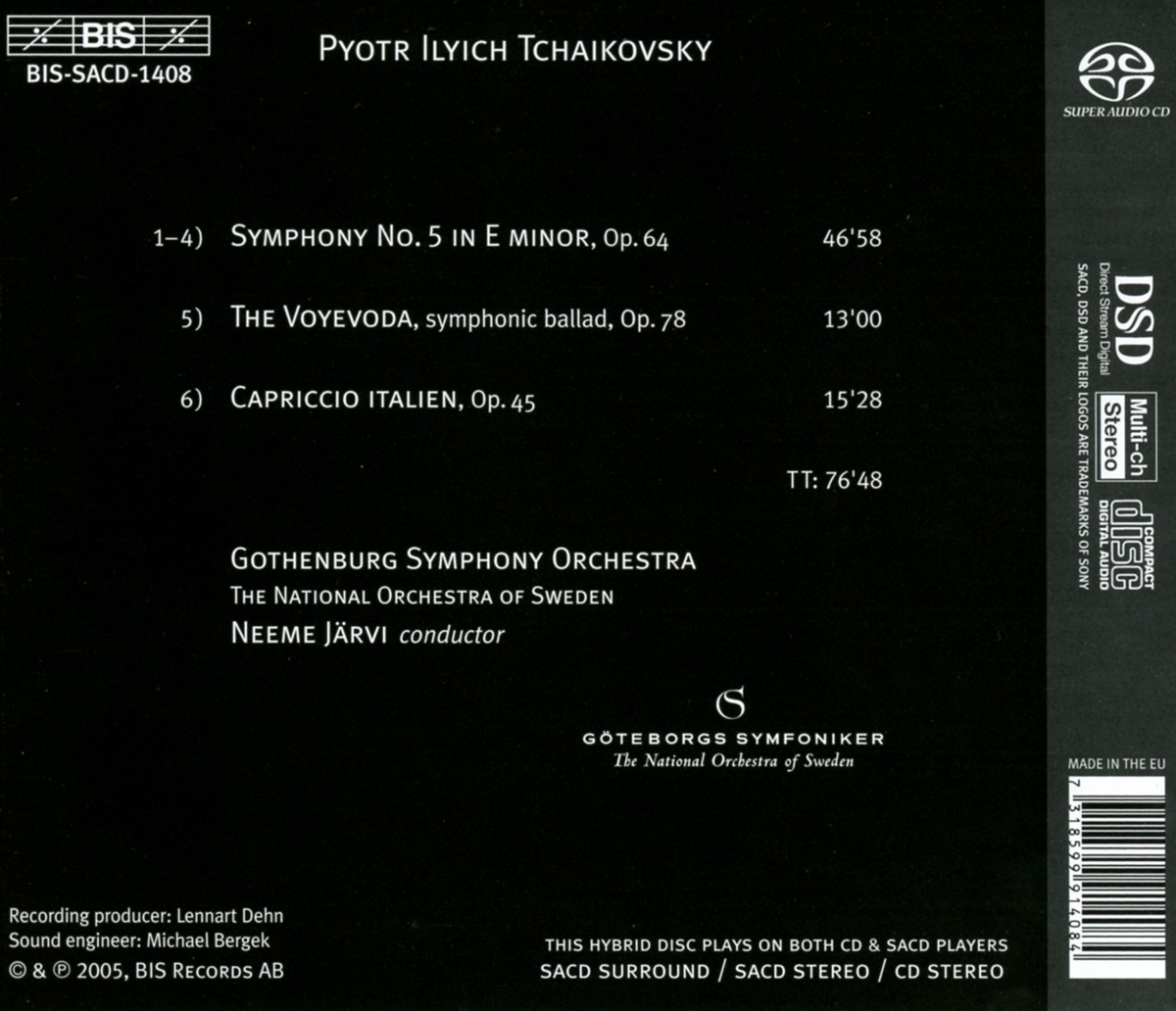 Bewertung:
versandfertig innerhalb von 1-3 Tagen
(soweit verfügbar beim Lieferanten)
EUR 19,99*
Versandkosten
On the third volume of the Neeme Järvi / Gothenburg SO cycle of Tchaikovsky’s symphonies, the turn has come to Symphony No. 5 – one of the composer’s ‘fate symphonies’. The work, which begins in deathly sadness but ends in a jubilant mood, was first performed in 1888 under the baton of the composer himself. In spite of the audience’s enthusiastic response, Tchaikovsky had reservations about the work, worrying that it was ‘too colourful, too massive’ and speculating that he had reached the end of his creative career.

In spite of this crisis he did go on composing, and one of his next orchestral works was The Voyevoda, a symphonic ballad based on a poem by Alexander Pushkin. Depicting the sad story of a military commander (‘voyevoda’) and his discovery of his wife’s unfaithfulness, the composer found occasion to use – for the first time – the celesta, which he had recently heard in Paris.

On a lighter note, the present discs ends with one of the most popular and joyful works by Tchaikovsky: Capriccio Italien. Written some 8 years before Symphony No. 5, it was inspired by the composer’s experiences while visiting Italy, and actually begun during his stay in Rome in 1880. Even at the time, Tchaikovsky himself felt that the work had a future: ‘Because of the splendid themes which I was fortunate enough to have at my disposal (partly from collections, partly from what I heard on the street) it will certainly make an impact.’ And how right he was!