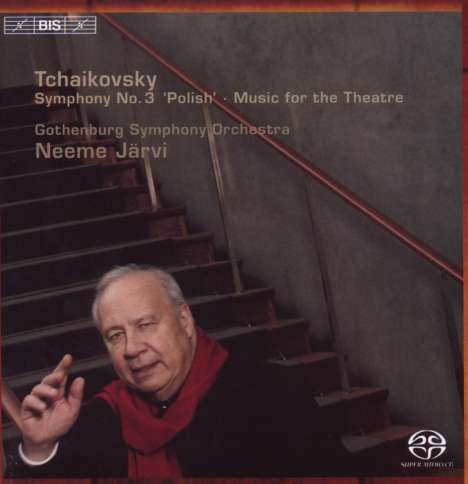 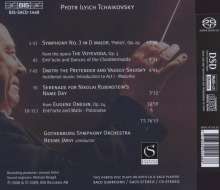 This disc completes the cycle of Tchaikovsky's symphonies with Gothenburg Symphony Orchestra conducted by Neeme Järvi, a cycle which as a whole can be described as resolutely unsentimental, with interpretations aiming to rid these popular scores of the melodramatic excesses that have become part of a performance tradition during more than 100 years in concert halls and on disc. This quality has been remarked upon by reviewers, who described Symphony No. 1 as 'superb ... liberated from all the slag of sugary romanticism' (Classics Today France. com) and regarding No. 4 wrote 'With immense skill and without making any concessions to the pathetic, Neeme Järvi grants the work its full magnitude. A reading at once rich in nuances and carved in rock ...' (Le Monde de la Musique). Another acclaimed instalment was Symphony No. 2 ‘Little Russian’, hailed in Gramophone as ‘an outstanding performance … beautifully played and paced and immaculately recorded.’ Besides symphonic works, the previous five discs in the cycle have included a number of smaller scores, from favourites such as Francesca da Rimini and the Serenade for Strings to rarities. The present instalment also includes a number of shorter works, among which the dances from Eugen Onegin will be familiar to many. Two less well-known works connected with the stage are also represented here, with extracts from The Voyevoda and from the music to the play Dmitri the Pretender and Vassily Shuisky. Equally unusual is the brief Serenade, written in 1872 in honour of Nikolai Rubinstein, the tireless champion of Tchaikovsky’s music who conducted the first performances of a large number of his works. The opening work on this disc is one of these: the Third Symphony, nick-named ‘The Polish’ on behalf of its final movement, with the tempo marking Tempo di Polacca.