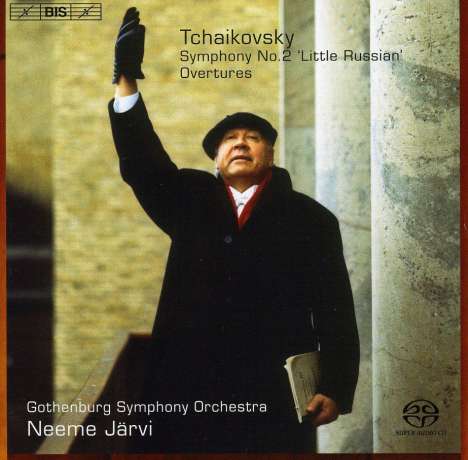 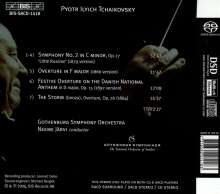 The fourth volume of the BIS Tchaikovsky cycle focuses on Symphony No. 2, nicknamed for its use of themes from the folk music of Ukraine (‘Little Russia’). The first presentation of the work, at a private gathering, was a welcome success for the young Tchaikovsky in 1872: ‘The entire assembled company almost tore me apart with delight, and Mme Korsakov, with tears in her eyes, asked if she might arrange it for piano four hands.’ Even so, seven years later, during a stay in Rome, Tchaikovsky reworked the symphony radically.

As on previous discs, the symphony is combined with shorter, and often less well-known, works. The Overture to Ostrovsky’s play The Storm – later used by Janacek for his Kata Kabanova – was written as a holiday assignment during Tchaikovsky’s studies at the St. Petersburg Conservatory, and earned him his teacher’s disapproval for the extravagant, Berlioz-inspired scoring. The Overture in F was also a student work, which Tchaikovsky adapted for large orchestra when offered a welcome opportunity to have his work performed in Moscow. Just a couple of years later, he received a prestigious commission for a work to mark the wedding of the Tsarevich Alexander with the Danish Princess Dagmar.

In the resulting Festive Overture he used motifs from the Danish and Russian national anthems, finally letting the Danish anthem resound in all its glory, in a splendid Maestoso. Even in later life Tchaikovsky regarded this piece highly, preferring it to the much more popular ‘1812’ Overture.