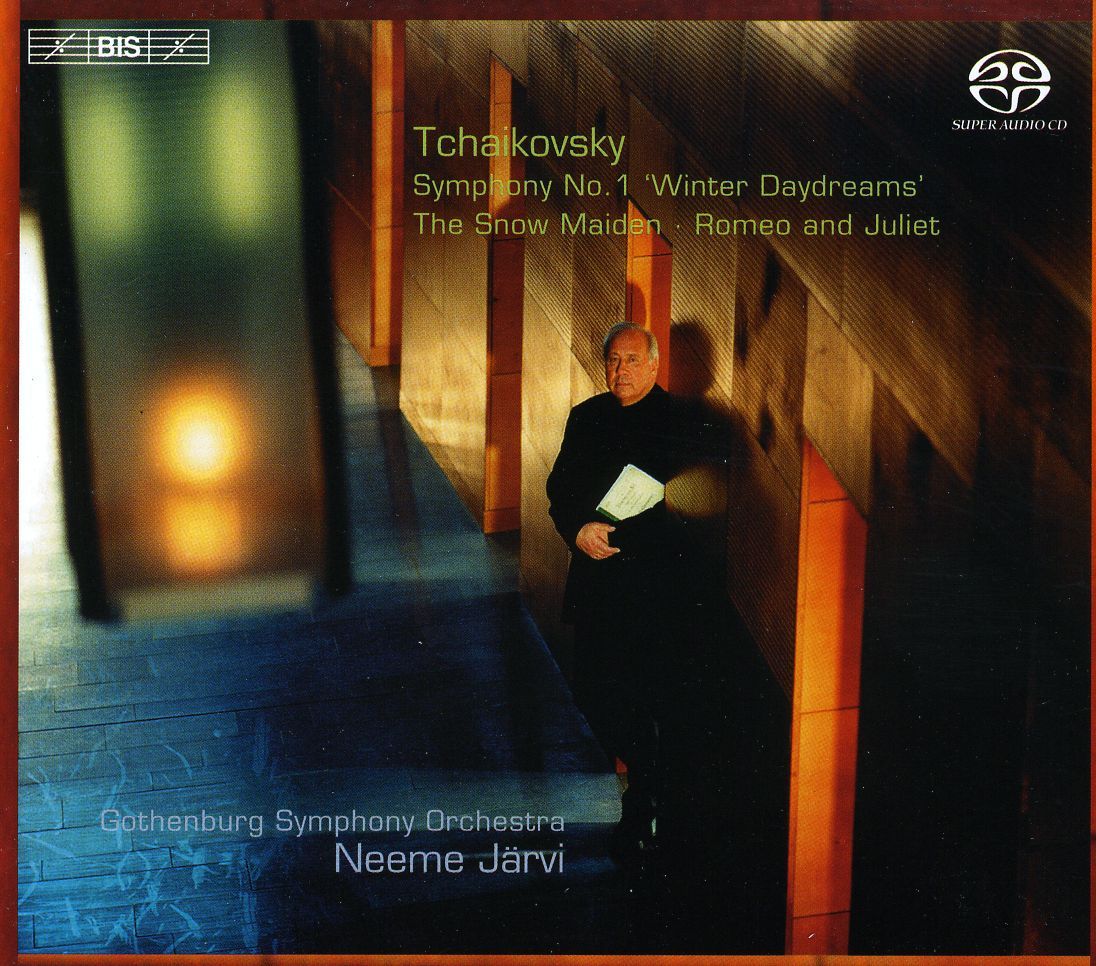 Bewertung:
lieferbar innerhalb 1-2 Wochen
(soweit verfügbar beim Lieferanten)
EUR 18,99*
In the second installment in our series of Tchaikovsky Symphonies with the Gothenburg SO and Neeme Järvi, we go directly from the composer’s symphonic testament, Symphony No. 6 ’Pathétique’, to his first attempt at the form. Symphony No. 1 in G minor (‘Winter Daydreams’) is the work of a 26-year old composer, and one that Tchaikovsky cherished all his life, referring to it as ‘a sin of my sweet youth’. It is not hard to find characteristics of his later music in this work, such as its melodic richness and its often extremely skilful orchestration. Two other fairly early works in the composer’s catalogue complete the programme.

The first of Tchaikovsky’s ”Shakesperean” overtures, Romeo and Juliet, was also one of his first great successes, and has remained one of his most popular works. In it the composer makes ample use of all the dramatic opportunities in the play: love, fighting and, finally, death.

In comparison, Snegurochka, or ’The Snow Maiden’, by the Russian poet Alexander Ostrovsky, is rather more like a fairy tale, telling the story of how the Snow Maiden, through love of a mortal being, herself becomes vulnerable and melts away with the first rays of the sun. The subject would seem to have appealed to the composer, whose incidental music received more praise than the play itself on its première in 1873. For this disc, Neeme Järvi has chosen to record four of his favourite episodes from the ca 80 minute long score. (The Dance of the Buffoons, which ends this ”suite” is often chosen by the conductor as an encore.)

Like the previous Tchaikovsky / Järvi disc, this too is a hybrid-SACD – and also attractively packaged in a stylish slipcase – and it’s to be assumed that the sound quality will be as highly regarded this time. (According to reviewers of Symphony No. 6, ‘BIS's DSD recording has all the clarity, presence, and impact you could ask for’ and ‘From the slightest pp whisper to the full force of powerful fortissimos, everything is clean, clear, open and above all very realistic, without any signs of congestion whatsoever. Strings are velvety, never sound hard or "digital" and everything is heard in a coherent acoustic.’) In combination with the ‘virtuosic and deeply committed playing’ of the Gothenburg Symphony Orchestra, this makes for a release to look out for!