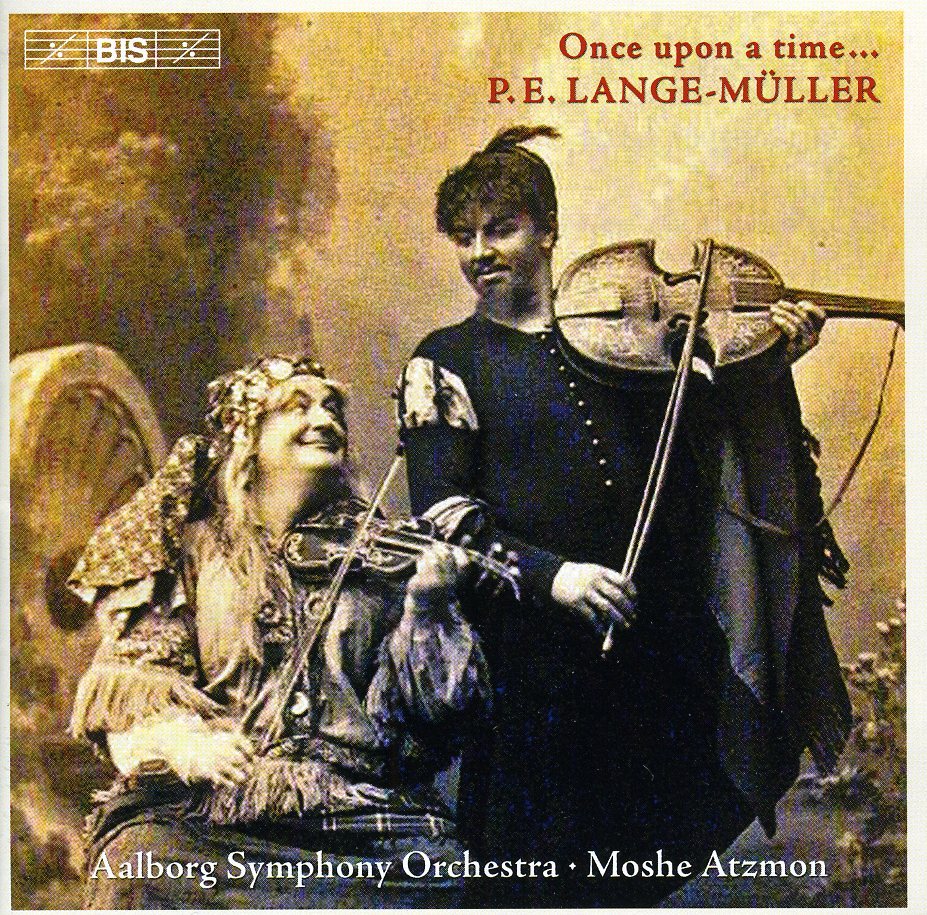 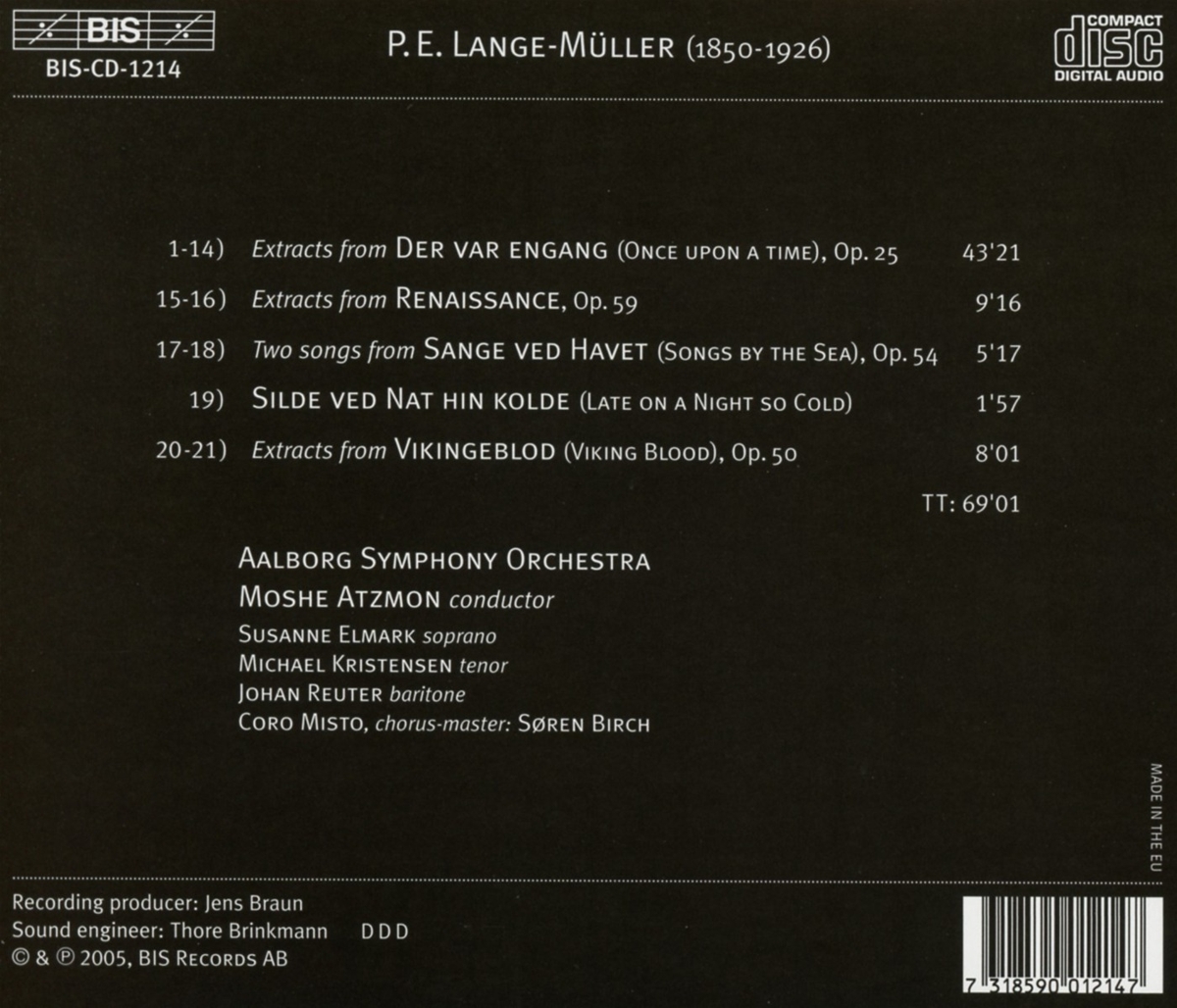 The Danish composer Peter Lange-Müller (1850-1926) was deeply influenced by Schumann, but developed his own late Romantic style somewhat reminiscent of Brahms. A great part of his output consists of songs and he developed a vocal style of striking subtlety. On this disc some of his dramatic works are represented, among them the most popular of all: Once upon a Time. (The Midsummer Song with which it ends is still sung every year as the Danes gather around the bonfires on Midsummer's Eve.) The libretto by Holger Drachmann combines motifs from both Shakespeare (The Taming of the Shrew) and Hans Christian Andersen (The Swineherd) and this recording contains 14, or more than half, of the musical interludes from Lange-Müller's score. Drachmann and Lange-Müller collaborated on several other projects, such as Renaissance, a play about the painter Tintoretto, from which the Overture and a Serenade have been included on this recording. The Serenade, as well as the Midsummer Song from Once upon a Time, became great successes for the legendary Danish tenor Aksel Schiøtz on recordings from the 1940's. Included on the disc are also three songs which Lange-Müller himself orchestrated, as well as the Overture and an aria from the composer's most ambitious project, the opera Vikingeblod (Viking Blood), the lack of success of which contributed to Lange-Müller's gradual silence as a composer.

This disc may be considered part of a triptych of Danish music for the theatre, together with BIS-CD-641 and 749, featuring works by Carl Nielsen and Christian Horneman respectively. As on these discs – and many other in the BIS catalogue – it is the Aalborg Symphony Orchestra, conducted by Moshe Atzmon, who interprets the music of their countryman, along with some of the foremost Danish singers as soloists.