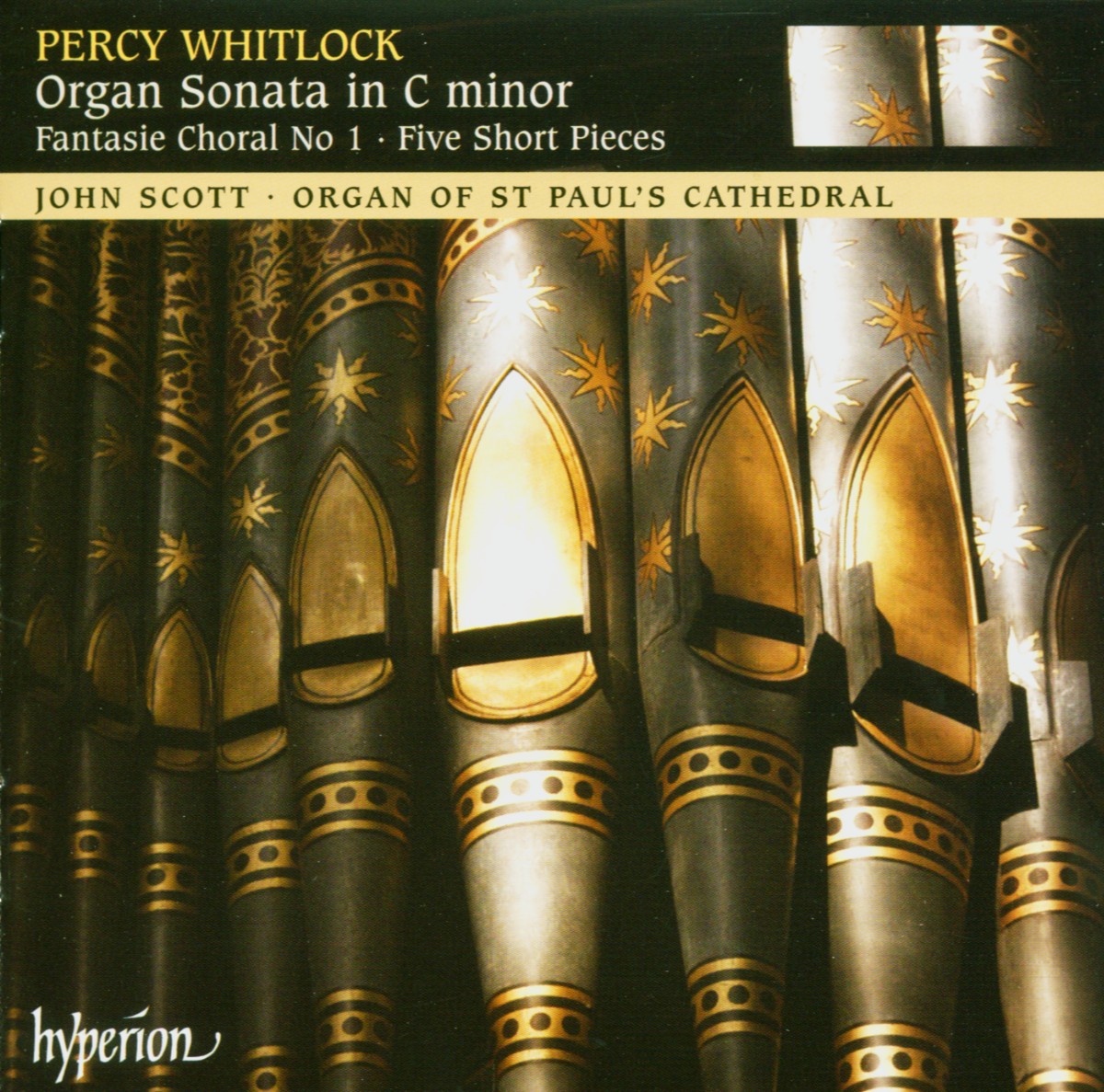 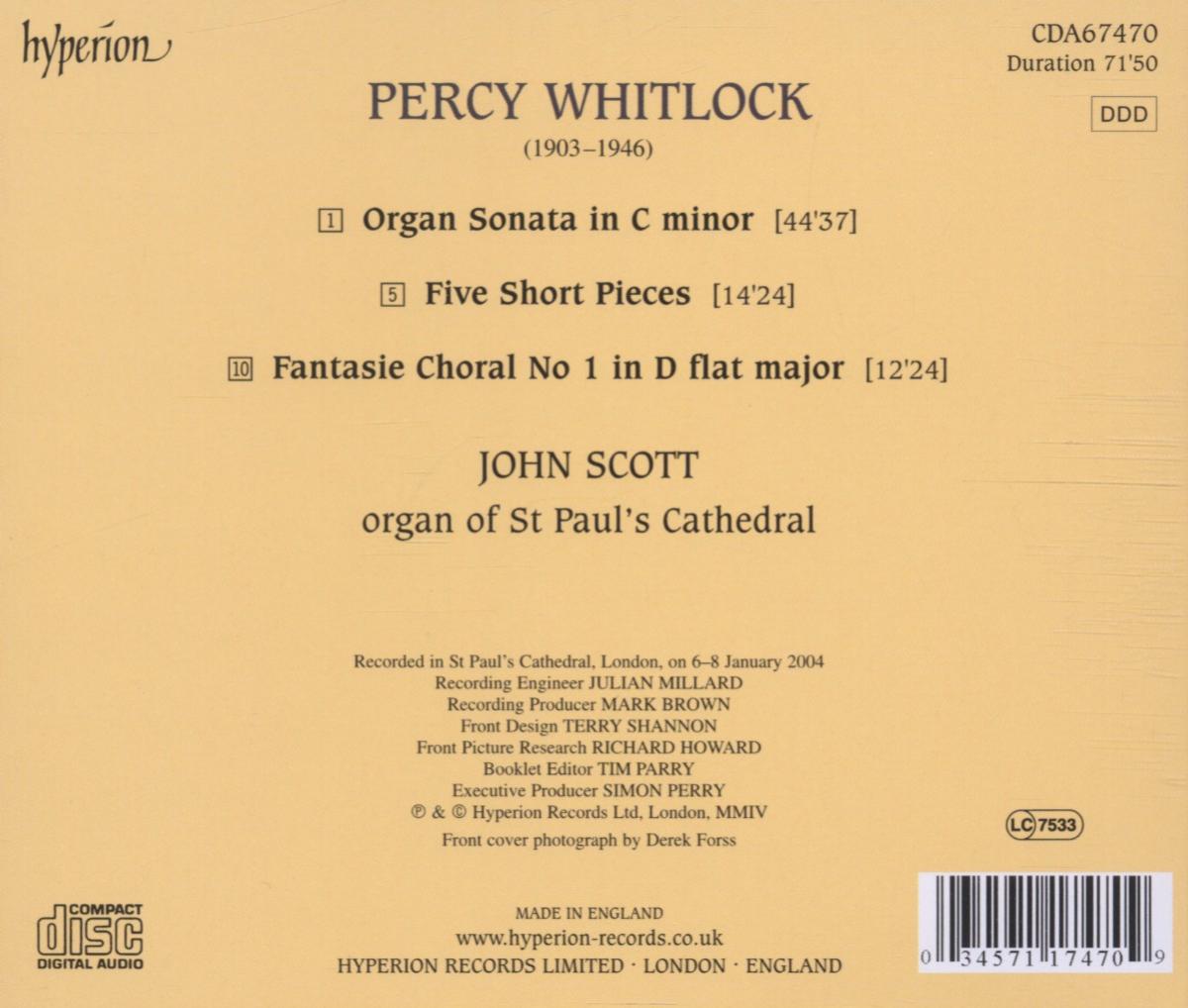 For his last recording as Organist of St Paul’s Cathedral in London – he takes up his appointment as Organist and Director of Music at St Thomas Church, Fifth Avenue, New York, in the autumn of 2004 – John Scott turns to the music of Percy Whitlock. Whitlock would perhaps be better known today but for his early death (of tuberculosis at the age of forty-two) and his personal preference for a musical life in that twilight zone of the organ world to be found far from the mainstream of Cathedral life – only as Borough Organist at the Bournemouth Pavilion could he indulge his passion for concert organ performances. In this capacity (and as the prolific builder of fiendishly complex Meccano constructions) he won for himself quite a reputation, a solid broadcasting career, and the opportunity to write music ranging from orchestral fripperies for the Bournemouth orchestra to liturgically appropriate organ pieces for the Church. Alongside this world of divergent miniatures he also composed a massive Organ Symphony, and the Organ Sonata recorded here. And what a work it is: a towering landmark on the generally rather dreary landscape of British organ music of the time, and one admirably captured by the Hyperion engineers in John Scott’s performance on the Grand Organ of St Paul’s Cathedral.

'Julian Millard has caught the St Paul's organ to perfection, setting it at the heart of the cathedral's sumptuous acoustic while offering a dazzlingly clear view both of the instrument's myriad tone colours and Scott's superb virtuosity' (Gramophone)

'In a word, then, these performances are exemplary. The technical quality of the recording is equally high … This is a wonderful disc' (International Record Review)

'You have to have this - for so many reasons' (Organist's Review)

'John Scott's performance on the organ of St Paul's Cathedral are wholly sympathetic and convincing. The recording captures a good deal of the venue's ambience' (Fanfare, USA)