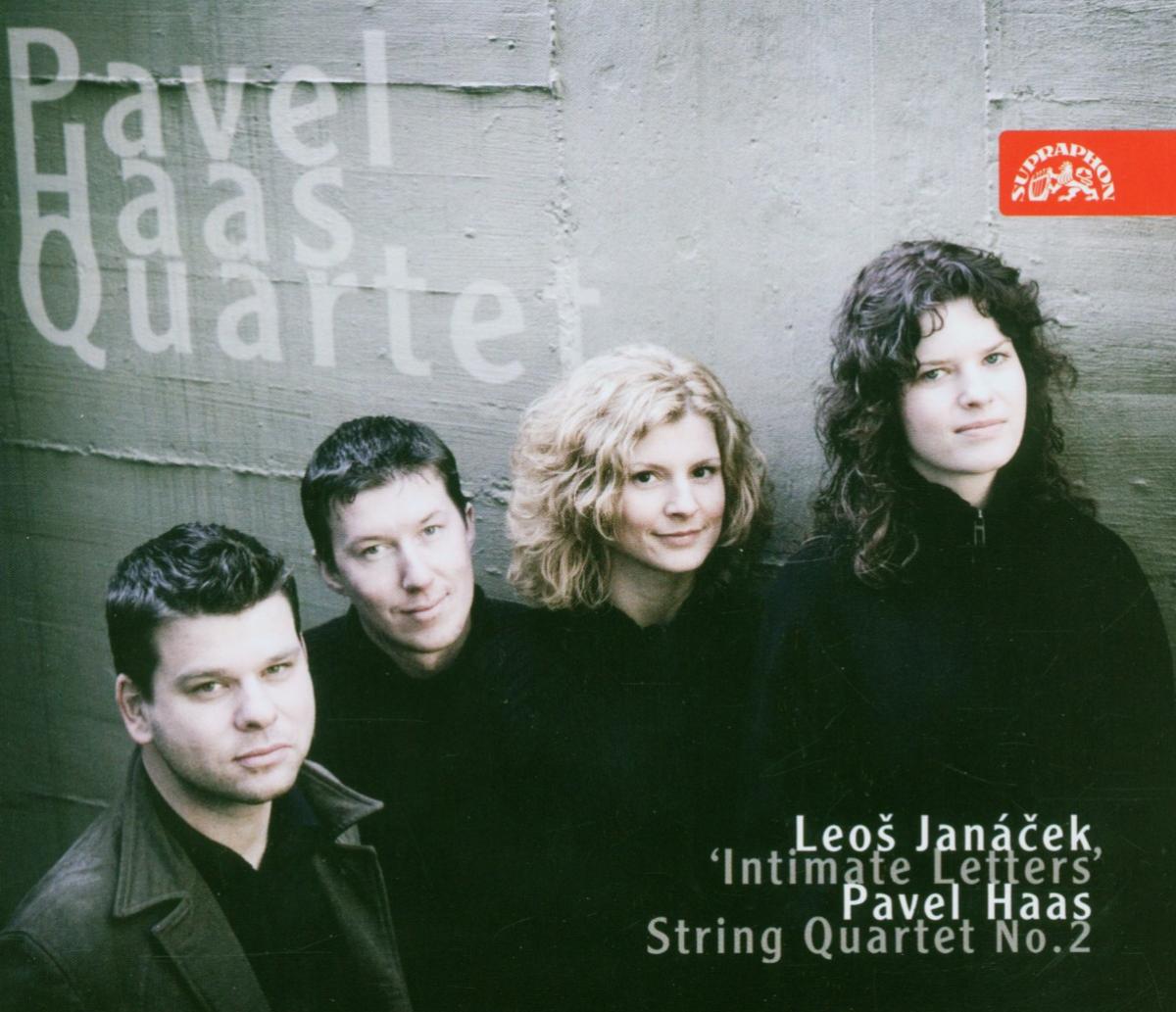 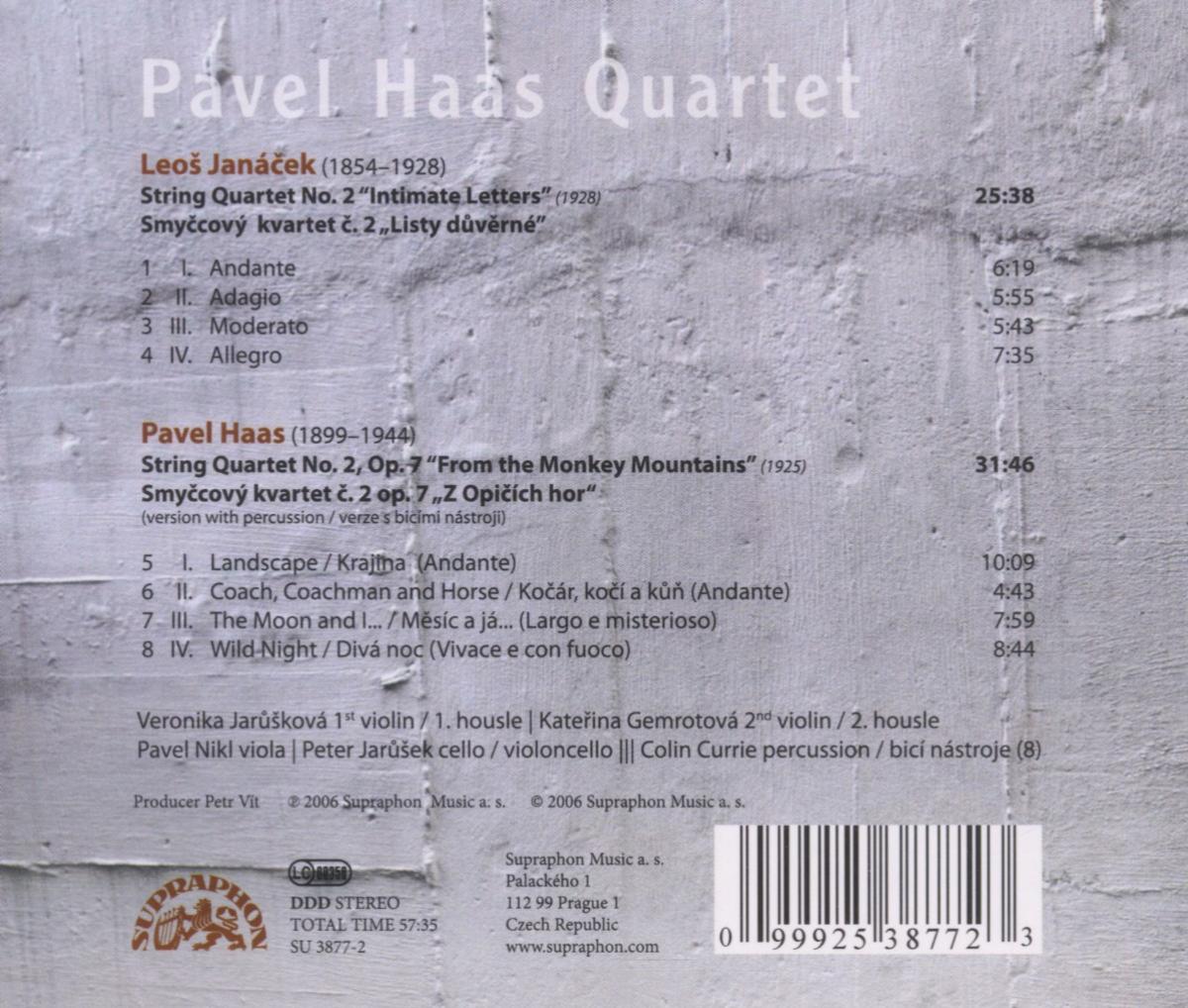 The Pavel Haas Quartet, a young ensemble named after a significant 20th century Czech composer, has very quickly attained a place among the top quartets. The ensemble won the Prague Spring International Music Competition in May, 2005, and took first place at the prestigious Premio Paolo Borciani competition in Reggio Emilia, Italy one month later. The prize included a tour of more than 40 concerts throughout Europe, the USA and Japan, including performances in Brussels, Vienna, Hamburg, Rome, Venice, Los Angeles, Tokyo and Paris. For their recording debut, the ensemble has chosen Leos Janacek's greatest work, the famous and often-recorded »Intimate Letters«, as well as Pavel Haas' second string quartet. The quartet joins forces here with the 30 year old internationally renowned percussionist from Edinburg, Colin Currie, to present the version with percussion instruments.

Pavel Haas wrote the second string quartet, titled »From the Monkey Mountains«, at the age of 26 as a reminiscence of his summer holiday in the Czech-Moravian Highlands, which went by this nickname in Brno at the time. The individual movements are more or less genre images. The programme nature of the work is fully consistent with Janacek. The substance and orientation of the music, however, are entirely Haas, underscored by the prescribed ad libitum use of the jazz band. The Pavel Haas Quartet has signed an exclusive recording contract with Supraph