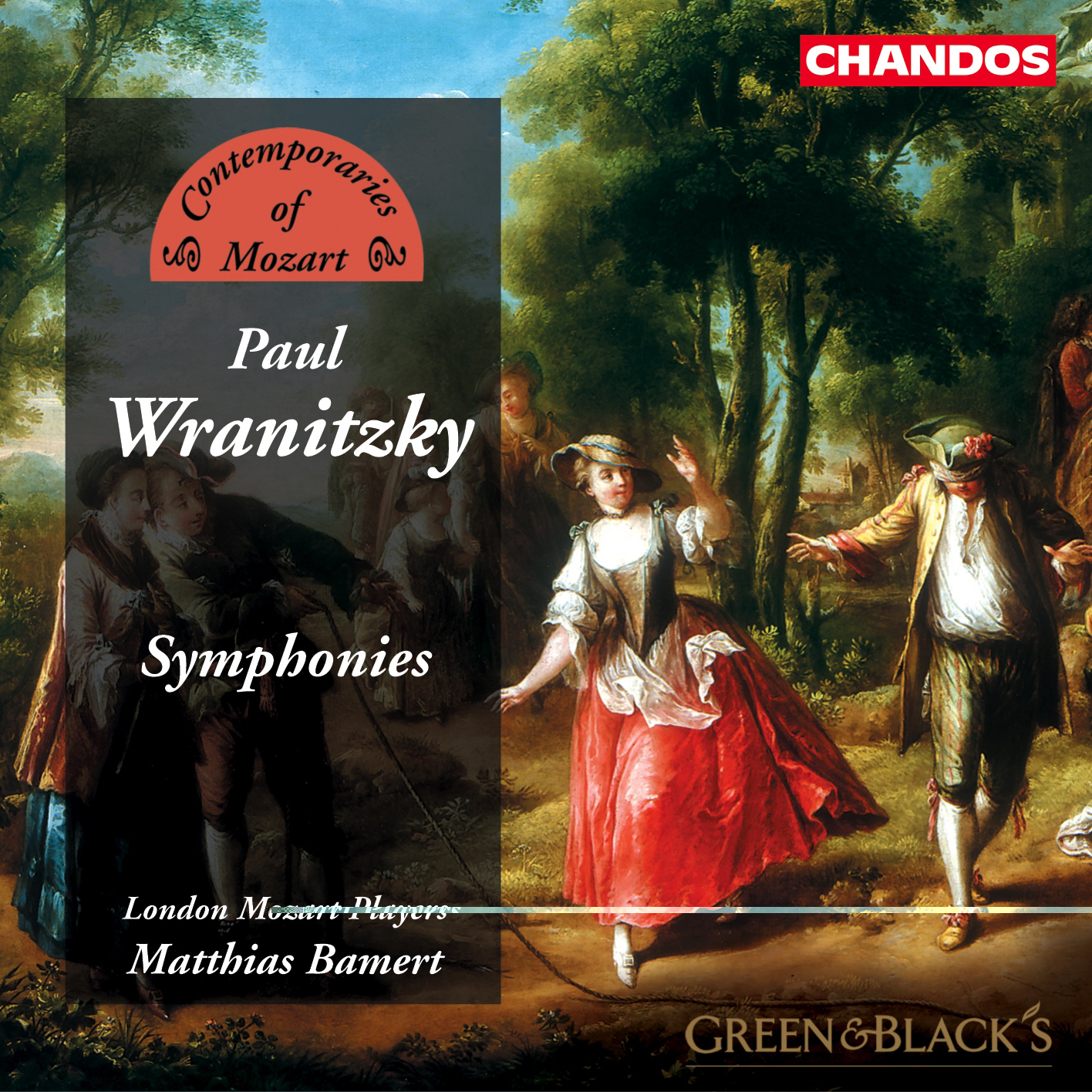 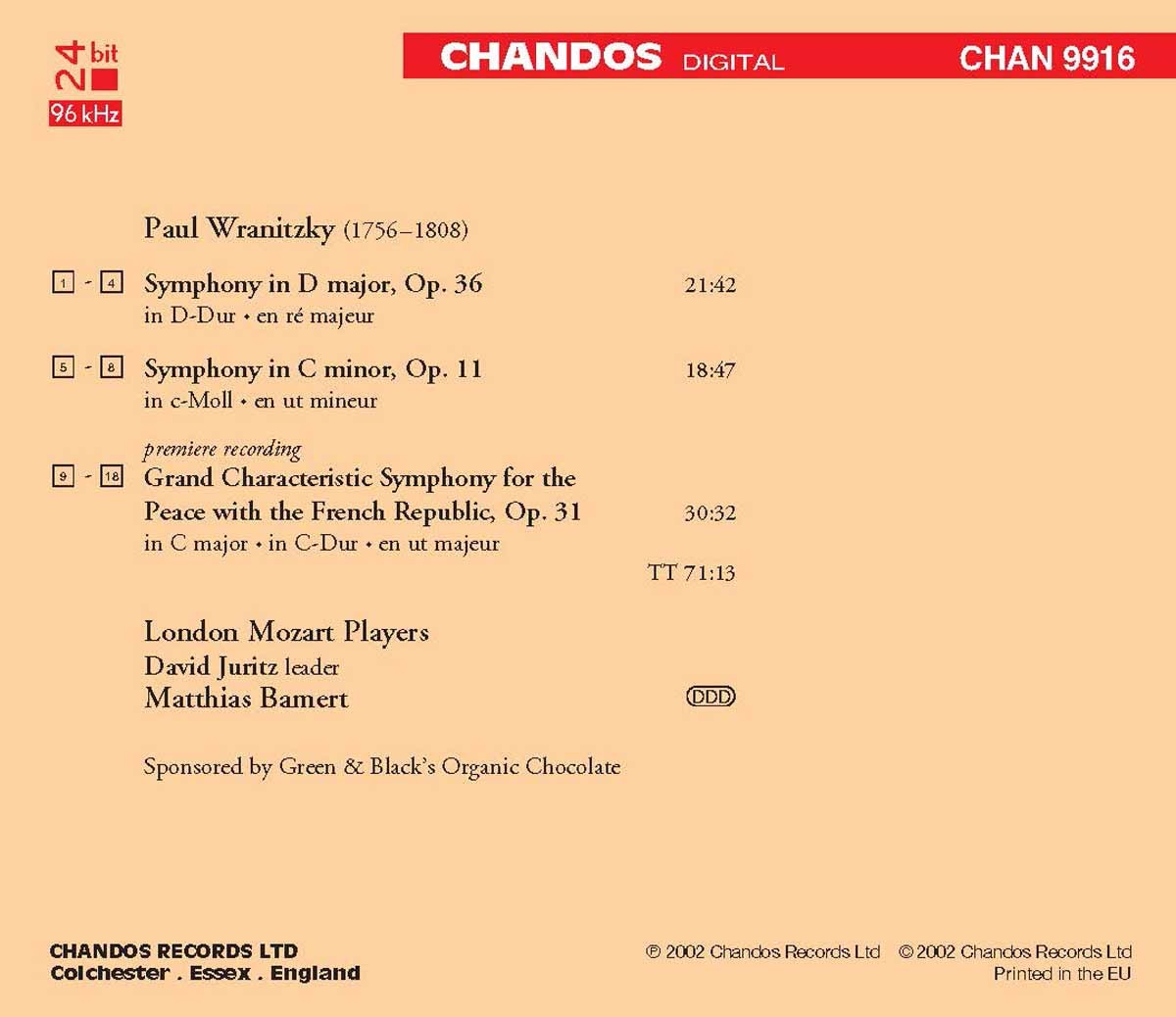 Chandos' unique Contemporaries of Mozart series has been highly praised and several discs in the series have been featured as Editor's Choice in Gramophone. The series has made available a wealth of previously unrecorded eighteenth-century music.

Wranitzky's connection with Mozart is well documented. The two composers were friends and Wranitzky's first opera

Grand characteristic symphony for the peace with the French Republic C-Dur op. 31