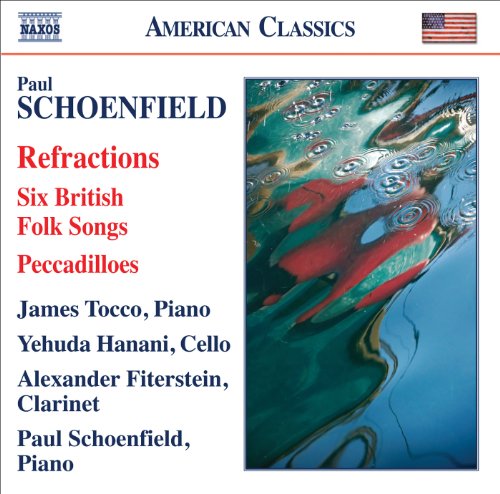 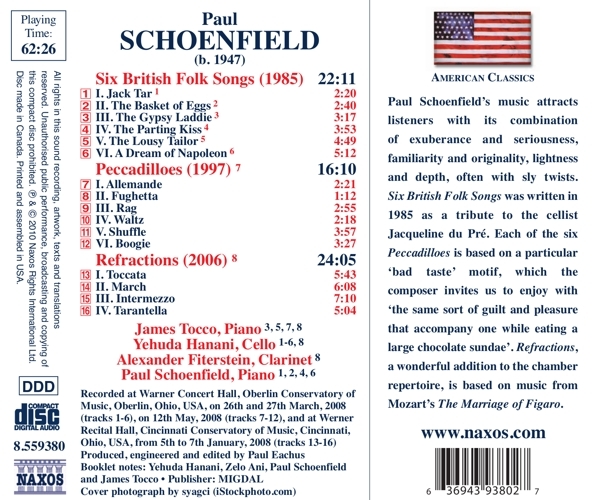 Bewertung:
versandfertig innerhalb von 1-3 Tagen
(soweit verfügbar beim Lieferanten)
EUR 9,99*
Versandkosten
Paul Schoenfield's music attracts listeners with its combination of exuberance and seriousness, familiarity and originality, lightness and depth, often with sly twists. Six British Folk Songs was written in 1985 as a tribute to the cellist Jacqueline du Pré. Each of the six Peccadilloes is based on a particular 'bad taste' motif, which the composer invites us to enjoy with 'the same sort of guilt and pleasure that accompany one while eating a large chocolate sundae'. Refractions, a wonderful addition to the chamber repertoire, is based on music from Mozart's The Marriage of Figaro.