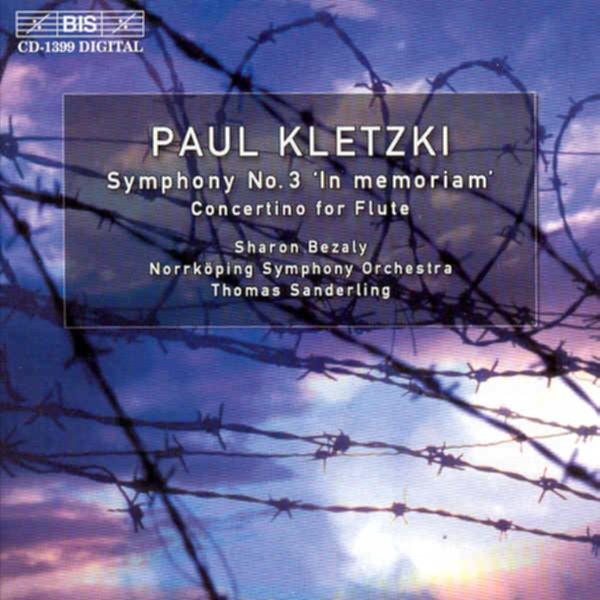 Bewertung:
versandfertig innerhalb von 1-3 Tagen
(soweit verfügbar beim Lieferanten)
EUR 19,99*
Versandkosten
Here is a rare opportunity indeed: world première recordings of music composed by one of the conducting legends of the last century. When Paul Kletzki (1900-73) left his native Poland for Germany in 1921, he soon became successful both as composer and conductor, a Wunderkind enjoying the patronage of two of the greatest musicians of the time, Arturo Toscanini and Wilhelm Furtwängler. But the storms of the 1930s and 1940s made his career take many unexpected turns. Fleeing from nazism, Kletzki went to Italy in 1933, but three years later he was again forced to flee, this time from Mussolini’s fascists. Leaving the manuscripts and scores of his compositions in a chest buried under the ground in Milan, he departed for Soviet. His stay there was short, however, as the life of a foreigner in Stalin’s country became more and more dangerous.

In 1938 he made his final move, this time to Switzerland, where he stayed out the Second World War. It was here that he in 1939 composed Symphony No. 3 ‘In memoriam’ – a subtitle which may stand as the composer’s farewell to the civilized world as he had known it, or as a memorial to the victims of the Nazi persecution of Europe’s Jews. These were numerous already by this time – in a few years they would number millions, and include Kletzki’s own family in Poland. The latter interpretation springs to mind not least because Kletzki himself chose to perform the second movement of the symphony at a ceremony for the victims of the Holocaust in 1946. This is the only time any part of the work has ever been performed, before this recording. Similarly, the Flute Concertino – written in 1940 – never had a performance.

A work of completely different character than the anguished Third Symphony, it shows a completely different side of its composer – a composer who soon were to give up the writing of music. In 1942 Kletzki, whose career up to the mid-30s had been as much that of a composer as a conductor, suddenly fell silent – a silence which was to last until his death. He himself later claimed that this sprang from ‘the shock of all that Hitlerism meant [which] destroyed also in me the spirit and will to compose’.

Here, then, is a great musician’s final compositional statement in sympathetic interpretations by the Norrköping SO under Thomas Sanderling (whose recordings for BIS of works by Magnard and Karl Weigl has been roundly praised) and fine flutist and BIS artist Sharon Bezaly. Don’t miss the first opportunity ever to hear this music: never before played in concert or recording - but once heard, not easily forgotten!