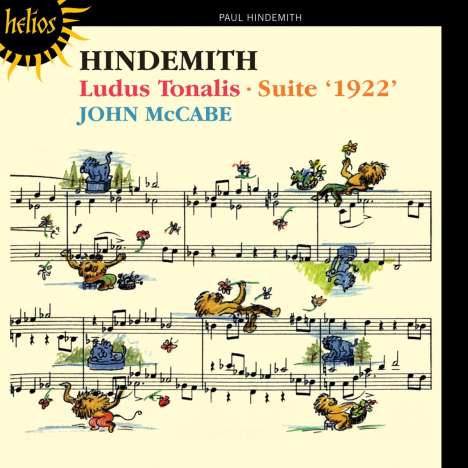 Ludus Tonalis is that great work of intellectual gymnastics which has been called a '20th-century composer's reappraisal of Bach's Well-Tempered Clavier', but its twelve fugues and their interludes are notable equally for their emotion as for their (indisputable) logic. The work represents a musical statement of Hindemith's theories yet in it we encounter one of the most adventurous works for solo piano of the twentieth century.

The Suite '1922' has five movements which stylize various American popular dance thems, each featuring Hindemith's characteristically cavalier use of traditional harmony and Satie-like instructions to the performer: 'Regard the piano here as an interesting percussion instrument ...'