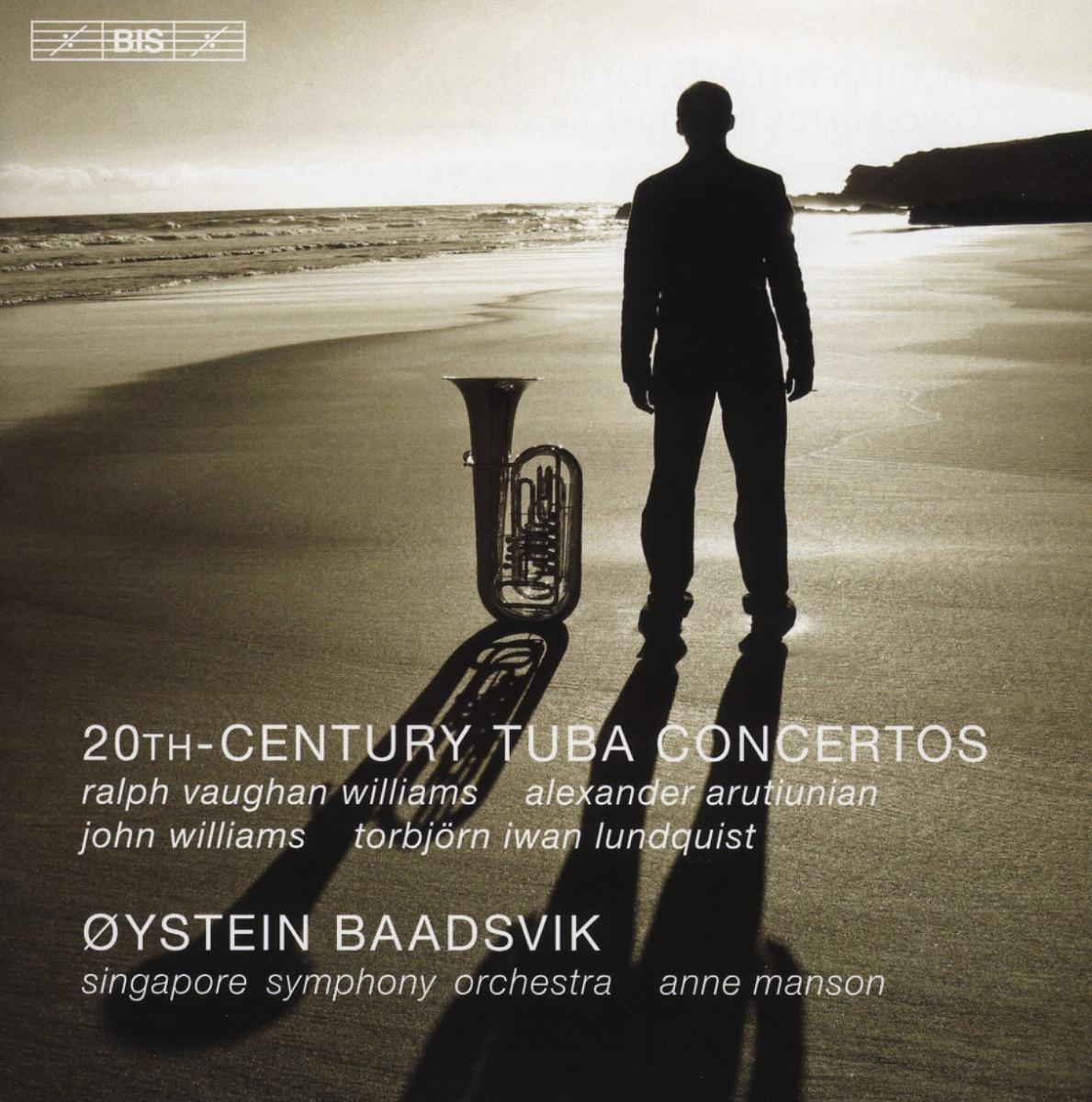 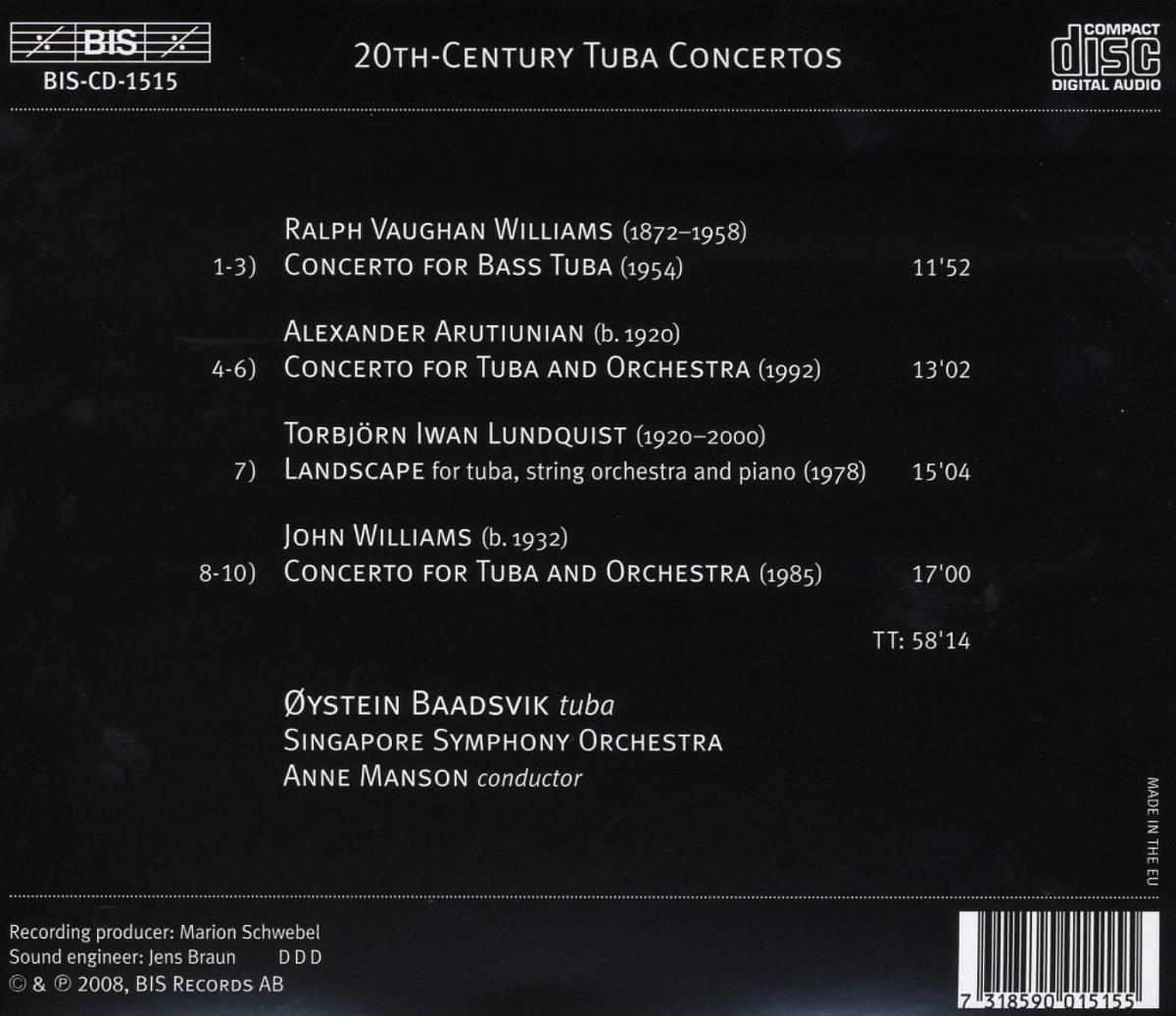 Bewertung:
versandfertig innerhalb von 1-3 Tagen
(soweit verfügbar beim Lieferanten)
EUR 19,99*
Versandkosten
Not many instruments have a birthday – the tuba, however, does: the 12th September 1835. It is true that more or less similar instruments were already in existence, but it was on that day that a patent for the instrument was registered in Germany. By the second half of the century, with the operas of Richard Wagner, it had become an indispensable colour in the orchestra, and was later to play a significant role in works by such composers as Richard Strauss, Stravinsky and Prokofiev. Tuba concertos started to appear in the middle of the twentieth century, and finally gave lie to the cliché that the tuba was heavy, clumsy and incapable of playing fast.

On this disc, the Norwegian tuba virtuoso Øystein Baadsvik explores some of these concertante works, including pieces by the Georgian composer Alexander Arutiunian and the Swedish composer Torbjörn Lundquist. The programme opens and closes with a Williams, however. Written in 1954, Ralph Vaughan Williams’ Concerto for Bass Tuba was at first considered a last eccentricity of an aged composer, but with the passing of time it has become recognized as a classic. 13 years later John Williams first included a big tuba solo in one of his film scores. Describing it as ‘an agile instrument, like a huge cornet’ he has been using the instrument ever since, for instance giving it the unforgettable theme of the movie Jaws. His Concerto for Tuba and Orchestra was composed for the centenary of the Boston Pops Orchestra in 1985, and is a light and tuneful work well suited for such an occasion.

Noone could be better placed than Baadsvik to show the tuba in this unaccustomed role – throughout his career he has dumbfounded audiences around the world with his virtuosic and expressive performances. On his previous four discs on BIS he has given renditions of works as diverse as Kalevi Aho’s resolutely modernist concerto from 2004 and Vivaldi’s Winter ‘with a lissome fluency suggesting that anything a violin can do, a tuba can do too’ (Daily Telegraph, UK). On the present disc he is expertly supported by the Singapore Symphony Orchestra, conducted by Anne Manson.