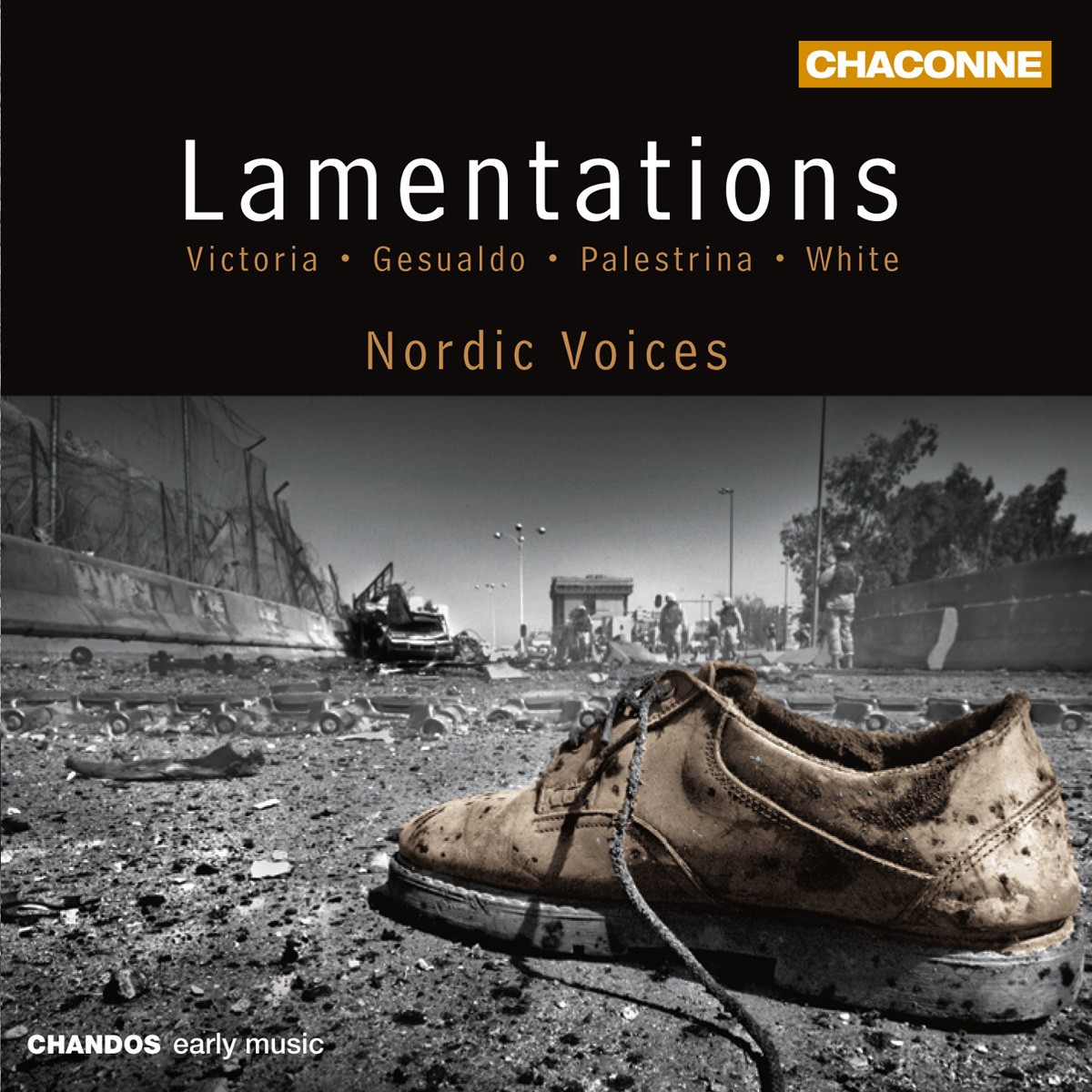 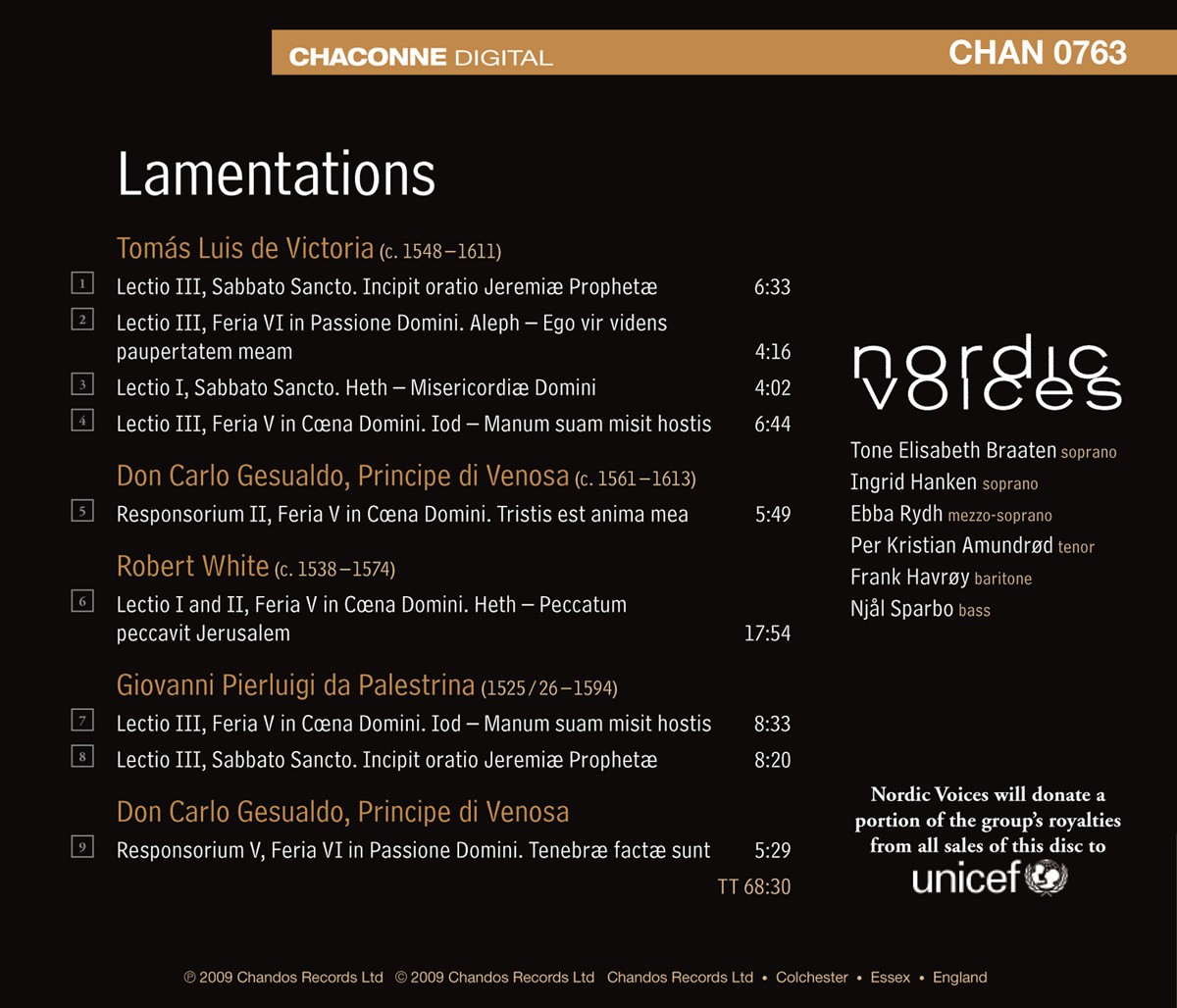 Nordic Voices is a six-voice a cappella group blending solo and ensemble qualities. They have received glowing praise for their concert performances, and their initial release on Chandos (CHSA 5050) received praise from around the world. Washington Post wrote, ‘Intonations? Impeccable. Ensemble? Unfailing precision in phrasing, dynamics, colour – everything finely tuned. A succession of works ever-changing and expressing in meaning.’ Gramophone noted ‘ringing, clear timbres and an impressive blend.’

This current collection, superbly sung by these Norwegians, draws attention to the idea of global conflict. An idea inspired by the Offices of Tenebrae. The offices of Tenebrae (on the last three days of Holy Week) have always been celebrated with a sense of the drama appropriate to their commemoration of Christ’s Passion. The texts are about conflict and are as relevant and moving today as they must have been to the composers of the sixteenth century. Most major composers active in Catholic Europe in the late sixteenth century wrote at least one set of Tenebrae lamentations and / or responsories, partly because of liturgical demand but also because their highly-charged texts provided an opportunity for expressive writing.

The four composers represented here present a fascinating contrast to approaches to text setting. Luis de Victoria was born in Avila but spent his formative years in Rome where he published his Officium Hebdomadae Sanctae in 1585, containing a complete set of music for Holy Week. The lessons sung here come from all three days and show Victoria’s careful setting of the text and his ability to control texture by a constant grouping and regrouping of different voices. Perhaps unexpectedly, a significant group of Latin lamentation settings was composed in the England of Elizabeth I. The lamentation texts, with their undertones of religious persecution, could speak to both Protestants and Catholics alike. Robert White worked at Ely and Chester Cathedrals before moving to Westminster Abbey as Master of the Choristers by 1570.

Nordic Voices will donate a portion of their royalties for this recording to UNICEF.

“…They [Nordic Voices] display a remarkably tight blend and ensemble. These six singers are evidently so accustomed to singing together that their combination is like a single highly disciplined instrument. Within the narrow band of the present repertory, they are warmly expressive in their singing-in contrast to choirs that seem to cultivate a dispassionate style. Perhaps the most moving performance here is Gesualdo’s ‘Tenebrae Factae Sunt’, which concludes the program. They display extraordinary control in the quiet, sustained writing of this piece. It leaves the listener breathless.” William J Gatens
American Record Guide - March / April 2010