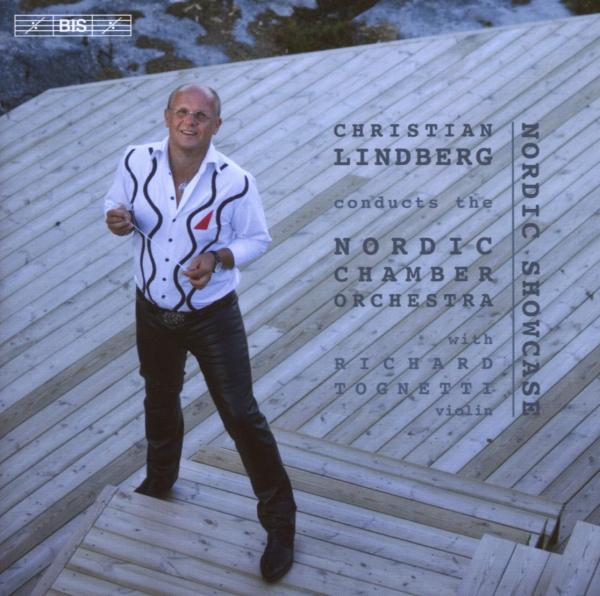 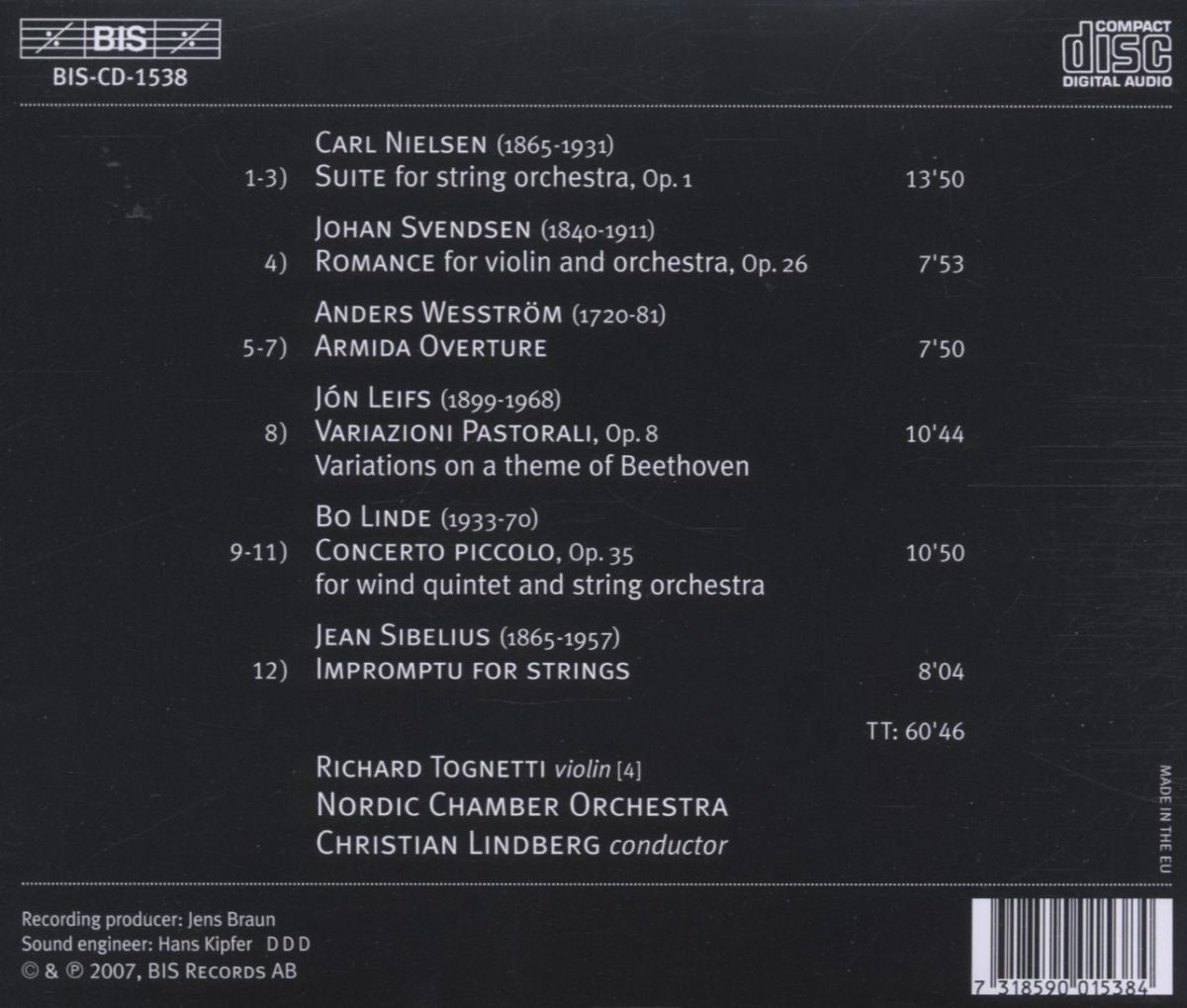 Lieferzeit beträgt mind. 4 Wochen
(soweit verfügbar beim Lieferanten)
EUR 19,99*
Versandkosten
The idea of a specifically Nordic character in music has as many supporters as it has detractors. One problem in deciding which side to join is that one often ends up comparing a small number of universally known pieces, such as the Grieg's Piano Concerto, Sibelius’ Finlandia and Carl Nielsen’s Fourth Symphony – and quickly realizes that this is the equivalent of comparing apples and pears! Nordic Showcase gives the listener an opportunity to make up her / his own mind, combining as it does less widely exposed music from all five Nordic countries – the most famous pieces being Nielsen’s Little Suite and Svendsen’s Romance. With the exception of the Armida Overture by Swedish composer Anders Wesström (1720-1781), all the works were composed between the end of the 19th and the middle of the 20th century. They are performed here by the Nordic Chamber Orchestra, based in the Swedish city of Sundsvall – more or less the geographic centre of the Nordic countries. Since 2005 the orchestra has been collaborating closely with its new principal conductor, the distinguished trombonist Christian Lindberg, who conducts them here on the team’s first disc. Making a guest appearance in Svendsen’s Romance is eminent Australian violinist Richard Tognetti.