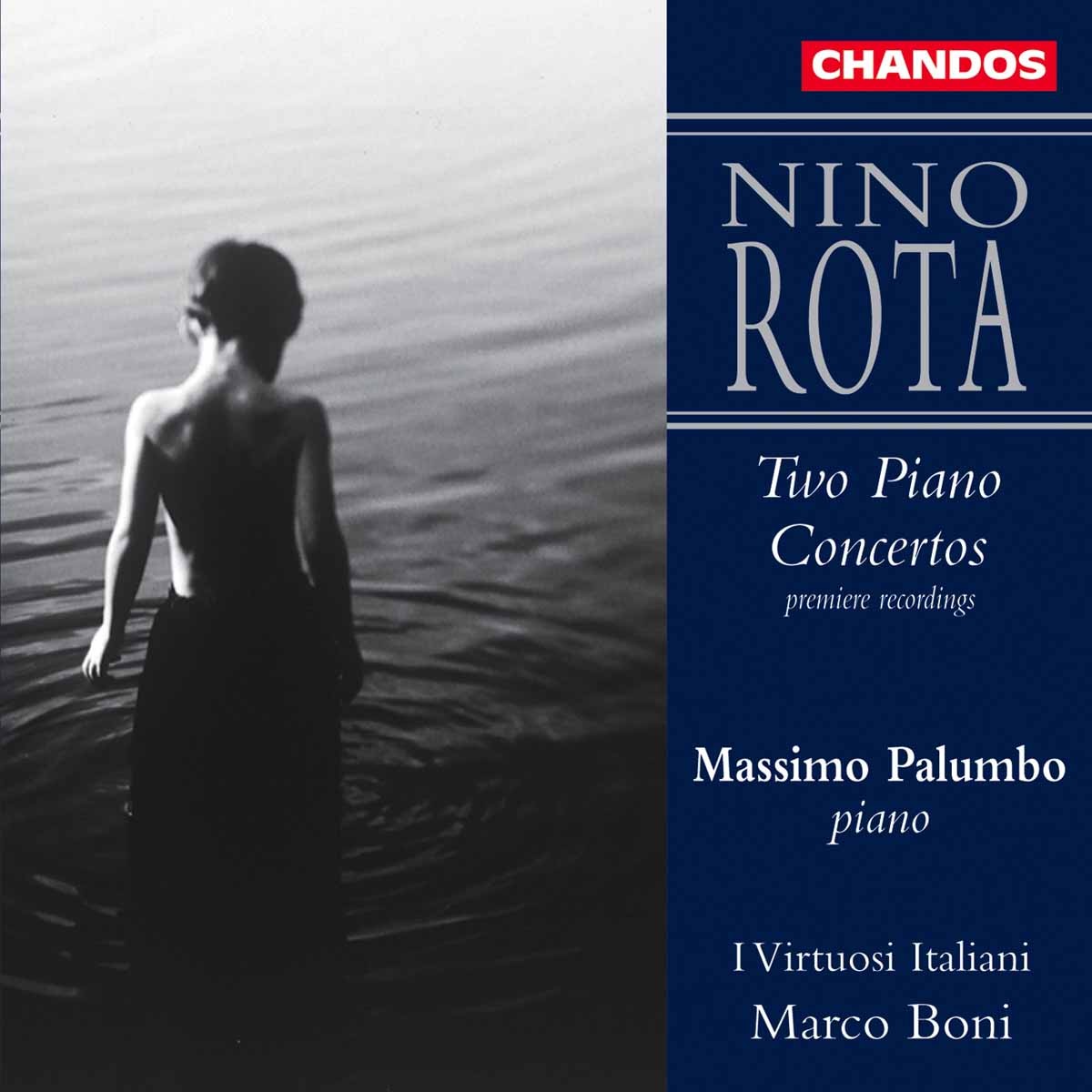 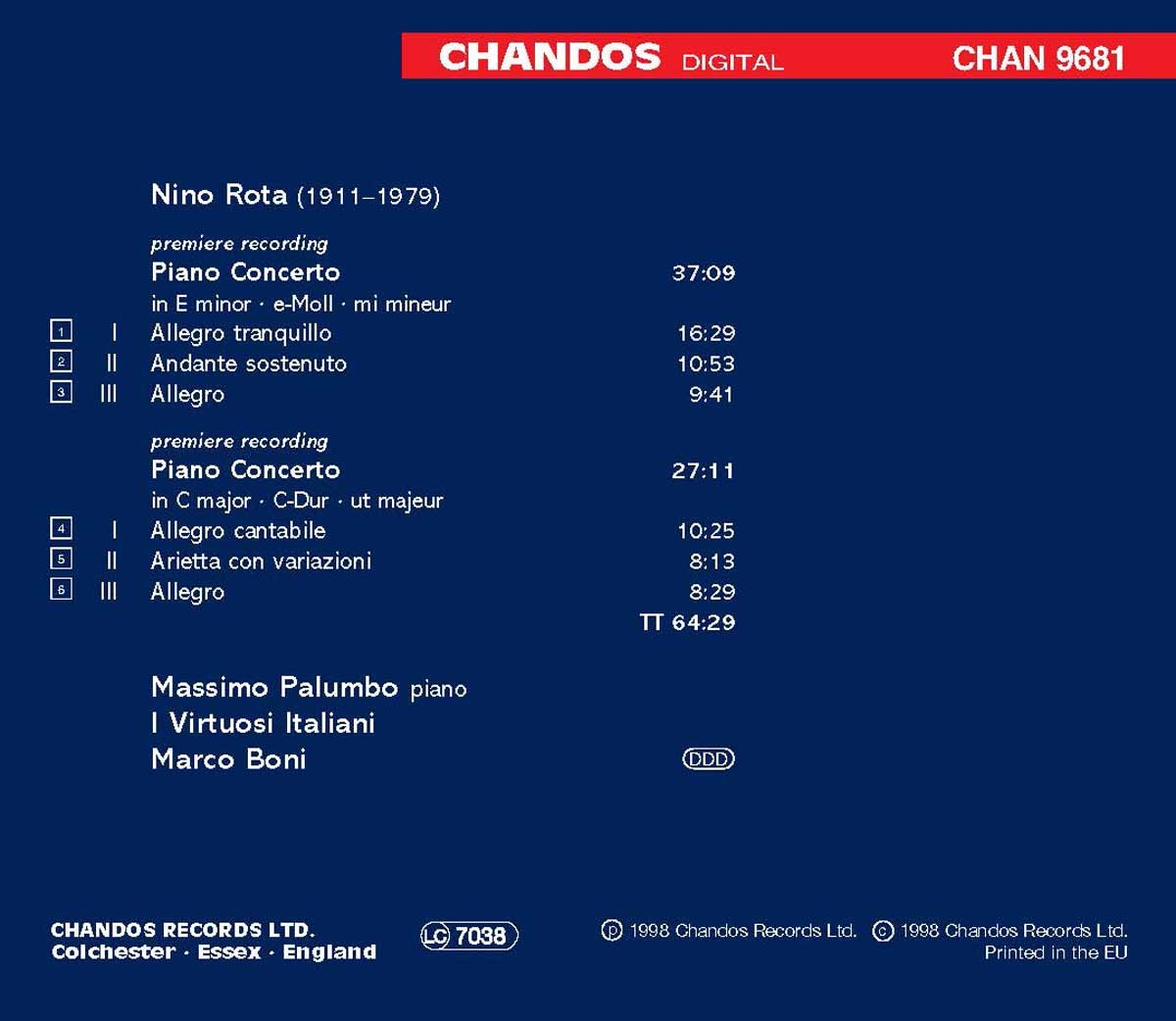 Famous for his film music (including all three parts of The Godfather, and Death on the Nile), Rota’s style is melodic and entirely devoid of harmonic complications. He was always aware of the listener’s needs and was not afraid to be tuneful and melodic.

The enfant prodige, who at the age of twelve composed and directed the Oratorio L’infanzia di San Giovanni Battista (the Childhood of St John the Baptist) for soloists, chorus and orchestra, gre up to become a unique personality of the Italian twentieth century - a century whose musical trends Rota knew intimately from his enlightened education and his innate optimism, but did not thoroughly accept. There were some who saw him as ’out of step’ because he had no musical connection whatsoever with contemporary composition and its language, but this allowed his music to be conceived freely, a spontaneous expression of his thoughts.

To say that his music embraces the mind of the listener, without requiring any particular effort or understanding from him in return, does not mean that his technique is simple or even elementary. If we concentrate on any of his works we notice that the music is certainly direct and immediately gratifying, but, behind those tuneful melodies lies a great craftsman, who despite appearances, is keenly aware of the twentieth century.

The Concerto in E minor is undoubtedly one of Nino Rota’s masterpieces. The main theme alone would suffice to raise it to the status of masterpiece: a theme which opens the Allegro tranquillo to the dreamy and fantastic world of Rota’s art. One could say that it is somewhat "cinematographic", but this would make the usual misrepresentation concerning the uniqueness of his music, which is complete in itself, whatever the context.

The Piano Concerto in C major is mysterious and old-fashioned, once more charged with poetic simplicity which is Rota’s trademark.

"...Palumbo is a characterful exponent ... The accompaniment ... is committed; the whole is well recorded." Matthew Rye - The Daily Telegraph - 31 October 1998