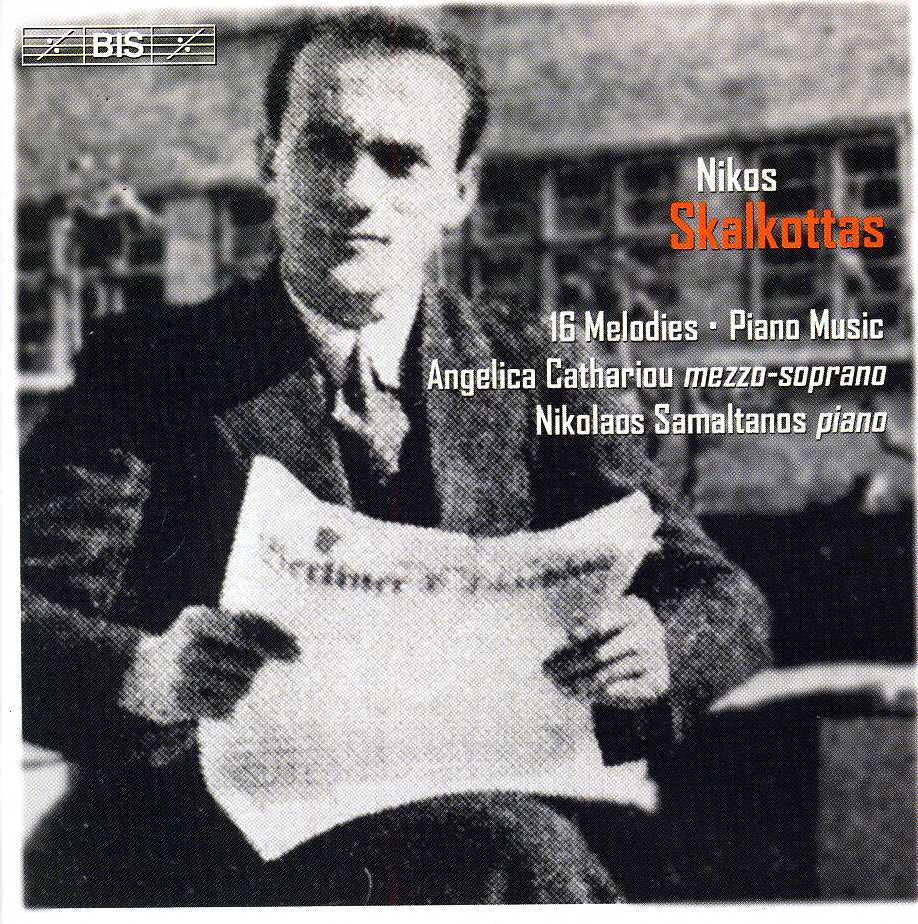 Bewertung:
lieferbar innerhalb einer Woche
(soweit verfügbar beim Lieferanten)
EUR 19,99*
Versandkosten
The highly acclaimed series of works by Nikos Skalkottas (1904-1949) continues with the first complete recording of Skalkottas’s cycle of songs, 16 Melodies. This rarely performed work is one of the few vocal compositions by Skalkottas, and thus offers a unique opportunity to explore the composer from a new perspective, and also to speculate upon what he might have achieved with his operatic project on the subject of Ulysses. The songs were composed in 1941, during the same period as Skalkottas’ great 32 Piano Pieces, and like them it offers the listener a kaleidoscopic range of different styles of writing. Skalkottas’s interest in exploring unusual timbres can be observed in this cycle, which very precisely calls for a mezzo-soprano voice even though it often uses registers which are higher than the normal range of this type of voice. The specific characteristics and coloration of the Greek language are also factors that provide unexpected resonances. (The texts by Hrissos Esperas are drawn from a novel which takes Man and Nature as its theme.)

The Greek mezzo-soprano Angelica Cathariou, recording for BIS for the first time, is well-known as an interpreter of both opera and contemporary music, and gives an impassioned interpretation of the demanding score. The pianist Nikolaos Samaltanos will be familiar to followers of the Skalkottas series, from his much acclaimed recording of the 32 Piano Pieces, which among other works features Skalkottas’ cycle of chamber concertos for wind instruments and piano. On the present disc, Samaltanos completes the programme with his recordings of four small-scale works for piano solo. The 15 Little Variations and the Sonatina are both early works, from 1927, whereas the two miniatures Echo and Berceuse are late ones, in the tonal idiom that Skalkottas was using towards the end of his life, for instance in some ballet scores. All in all, the programme gives ample opportunity to explore further the oeuvre of this fascinating and unjustly forgotten composer.