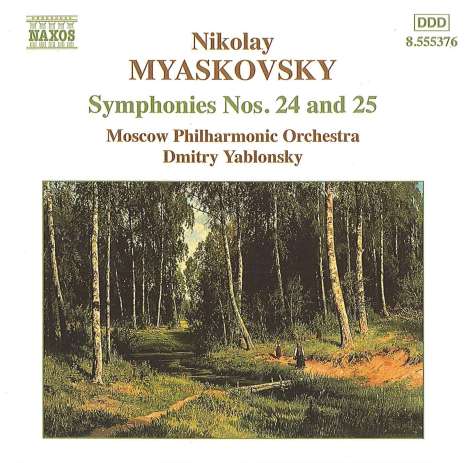 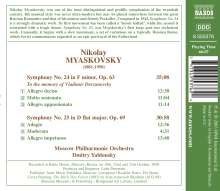 umgehend lieferbar, Bestand beim Lieferanten vorhanden
EUR 12,99*
Versandkosten
Nikolay Myaskovsky was one of the most distinguished and prolific symphonists of the twentieth century. His musical style was never ultra-modern but may be placed somewhere between the great Russian Romantics and that of his mentor and friend, Prokofiev. Composed in 1943, Symphony No. 24 is a strongly dramatic work. Its first movement has been called a 'heroic ballad', while the second is restrained with a tragic theme. Symphony No. 25, was Myaskovsky's first large post-war orchestral work. Unusually, it begins with a slow movement, a set of variations on a typically Russian theme, which Soviet commentators regarded as an epic portrayal of the Fatherland.