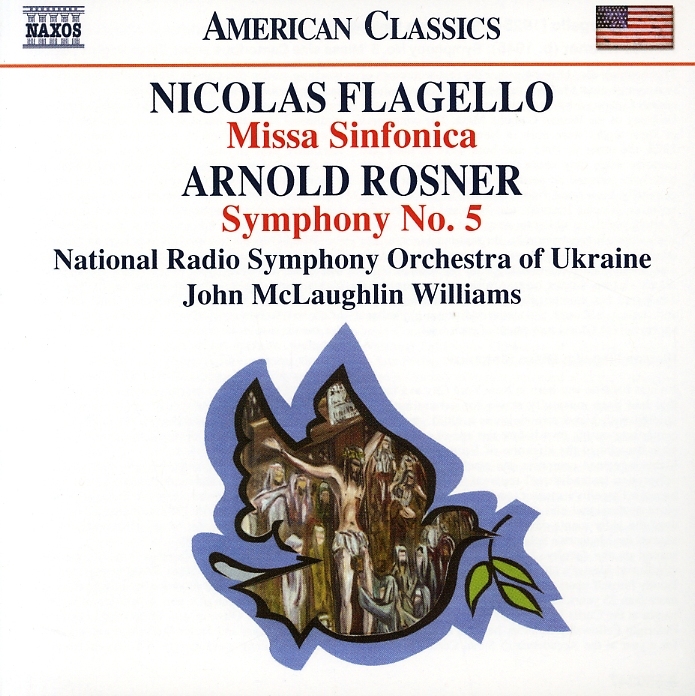 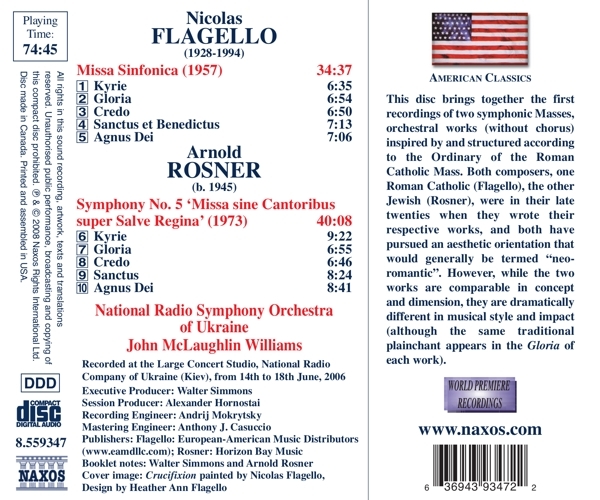 Bewertung:
versandfertig innerhalb von 1-3 Tagen
(soweit verfügbar beim Lieferanten)
EUR 9,99*
Versandkosten
This disc brings together the first recordings of two symphonic Masses, orchestral works (without chorus) inspired by and structured according to the Ordinary of the Roman Catholic Mass. Both composers, one Roman Catholic (Flagello), the other Jewish (Rosner), were in their late twenties when they wrote their respective works, and both have pursued and aesthetic orientation that would generally be termed "neo-romantic". However, while the two works are comparable in concept and dimension, they are dramatically different in musical style and impact (although the same traditional plainchant appears in the Gloria of each work)."