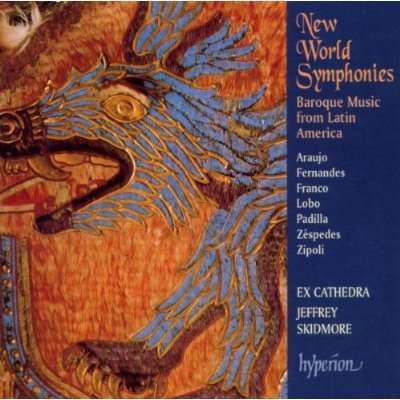 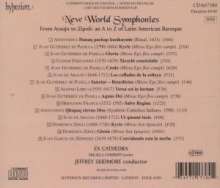 Following the discovery of the Americas, Christianity and the Roman Catholic Church was established with incredible speed. Many of the Native Indians were part of highly sophisticated civilizations, most notably the Aztecs and the Incas, and were very responsive to the new ideas, especially music, which was already an important social and spiritual element in their lives. A staggering amount of music was subsequently created which, surprisingly, still remains little explored in today's global age.

This disc showcases some of the treasures from this important era in history, and includes works sung in Quechua (the language of the Incas) and Nahuatl (the language of the Aztecs). Works such as Padilla's remarkable Missa Ego flos campi have elements of flowing polyphony from Old Spain combined with lively, often syncopated, short phrases reflecting New Spain. The instrumentation on this disc is also mesmerizing—many different instruments were used extensively, including recorders, chirimias, cornetts, sackbuts and bajons, frequently used to double or replace voices.

In the words of the conductor, Jeffrey Skidmore, this fascinating disc spanning the late 16th, 17th, and early 18th centuries is »an inspiring beginners' guide to Baroque music and a spiritual devotion that has a relevance and function as important today as in the brave New World of South America all those years ago«.

»This is one of the most exciting releases I've seen in awhile ... The performance is flawless, with a wide range of emotional expression; the sound is excellent« (American Record Guide)