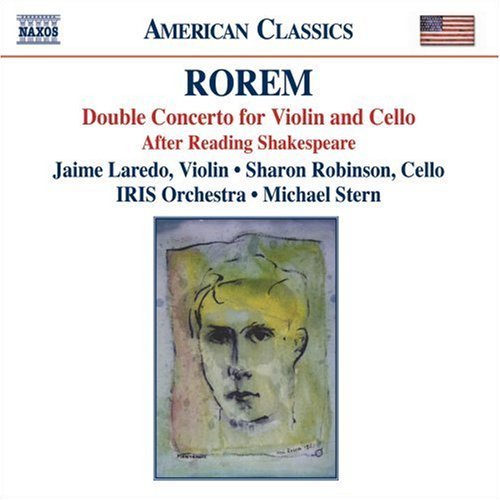 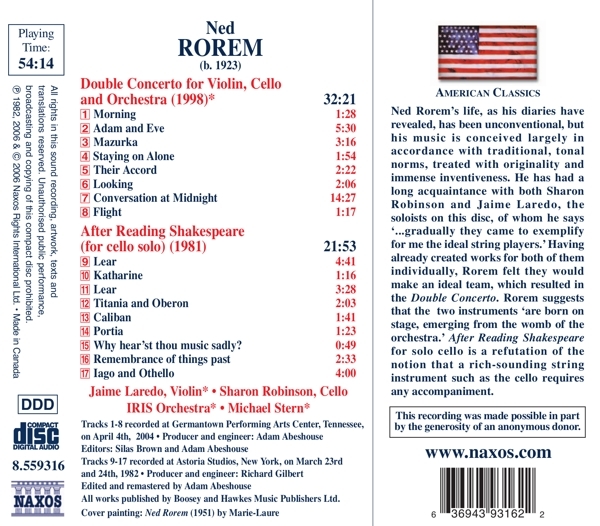 Bewertung:
lieferbar innerhalb 1-2 Wochen
(soweit verfügbar beim Lieferanten)
EUR 9,99*
Versandkosten
Ned Rorem's life, as his diaries have revealed, has been unconventional, but his music is conceived largely in accordance with traditional, tonal norms, treated with originality and immense inventiveness. He has had a long acquaintance with both Sharon Robinson and Jaime Laredo, the soloists on this disc, of whom he says "...gradually they came to exemplify for me the ideal string players." Having already created works for both of them individually, Rorem felt they would make an ideal team, which resulted in the Double Concerto. Rorem suggests that the two instruments "are born on stage, emerging from the womb of the orchestra." After Reading Shakespeare for solo cello is a refutation of the notion that a rich-sounding string instrument such as the cello requires any accompaniment."